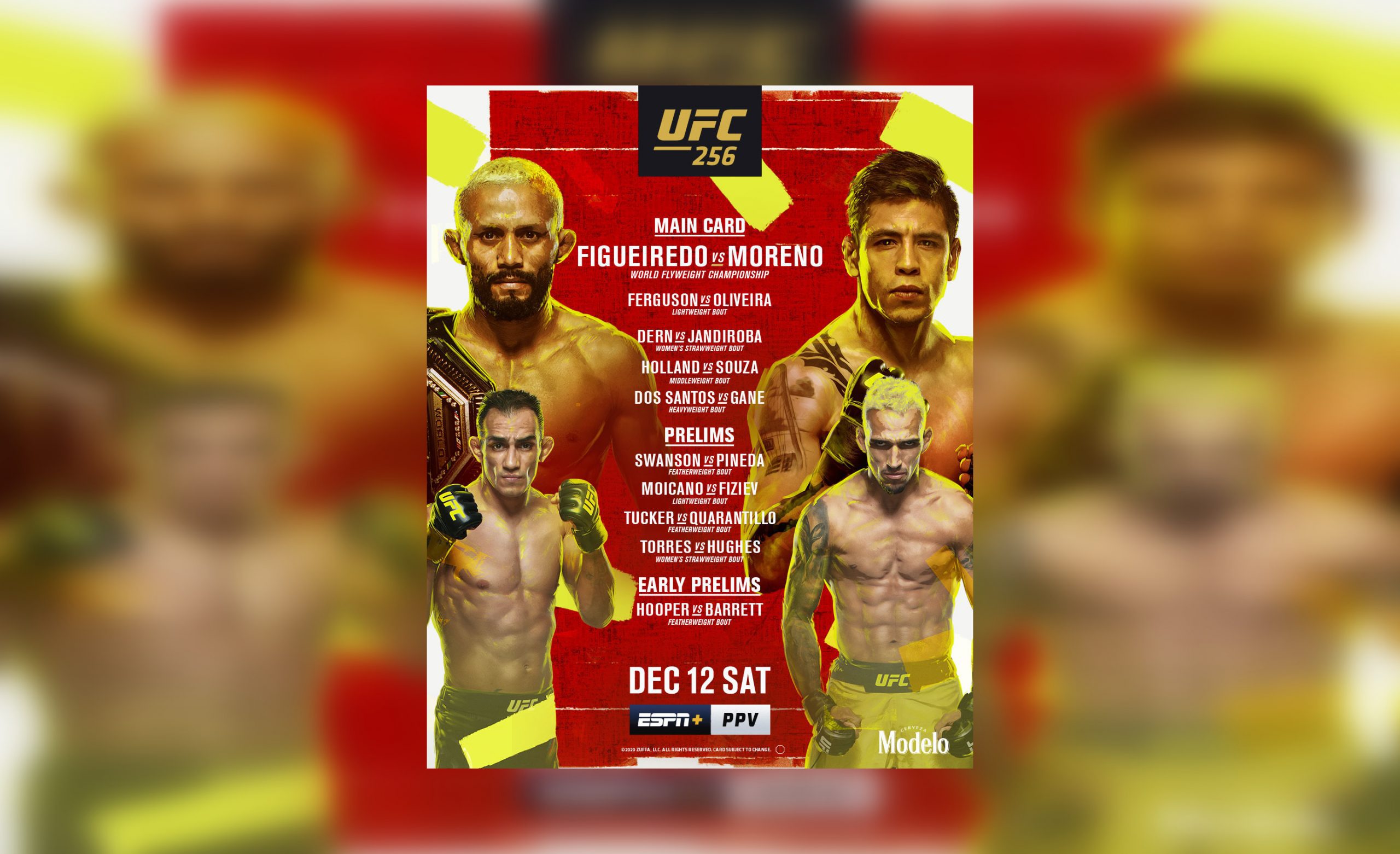 The men’s flyweight belt is back on the line as Deiveson Figueiredo takes on top contender Brandon Moreno on pay-per-view Saturday night.

The card itself is relatively stacked and features a ton of name recognition so without further ado let’s get to it.

Since losing by unanimous decision to Amanda Ribas in October 2019, her only professional loss, Dern has been on a tear with back-to-back first-round submission wins and performance of the night bonuses.

Jandiroba, the former Invicta champ, only has one loss in the UFC to former strawweight champ Carla Esparza in April 2019. She’s 2-0 since with two submission wins and one performance of the night bonus.

This one will be a barnburner; it’s my prediction for fight of the night.

Tony Ferguson is an animal – the boogeyman to be specific. He racked off 12 straight wins from 2013 to 2020 when he lost to Justin Gaethje. Eight of his last nine fights resulted in an “Of the Night” bonus. He’s the number 3 lightweight and, quite frankly, overdue for a title shot. A win over the seventh-ranked Oliveira, who is no slouch, could do so.

Oliveira’s last loss came in 2017, a TKO loss to Paul Felder. Since then he’s been on a tear, winning seven straight, all finishes, with six performance of the night bonuses.

My gut reaction is to say Ferguson and I honestly think he wins the fight. For Ferguson to win he needs to keep it standing – he does have a BJJ Black Belt from 10th Planet, but that’s nothing compared to Oliveira. If Ferguson keeps it on the feet he’ll have his arm raised. Ferguson by KO, TKO, Submission or DQ sits at +145. Oliveira by the same is +240; under 2.5 rounds is -155. I think it’s worth noting, however that Oliveira only has one decision loss; when he loses (he has eight in the UFC) it’s usually by stoppage.

Give me Ferguson by a stop and he gets the next title shot. Either way, this one’s gonna be fun.

The main event appears a bit one-sided according to the odds but I think this one will be closer than meets the eye.

Figueiredo is one of the hottest fighters in the promotion – he defended his belt just three weeks ago and is ready to do it again vs. Moreno, who fought on the same card in November. After his first title defense he stayed in Las Vegas as a way to work around the Covid protocols; if he would have returned to Brazil the turn around would have been longer.

Moreno last knocked out Brandon Royval at UFC 255 last month. He’s riding a three-fight win streak with wins over Kai Kara France and Jussier Formiga. His fight against Figueiredo is his biggest to date.

Listen, Figgy Smalls is going to win this fight. He’s heavily favored on the moneyline and to win by KO, TKO, Submission, or DQ is -145 … but I don’t think the fight is trending that way.

With a full camp I think he stops Moreno no questions asked. With a short camp combined with staying Vegas to train while keeping his weight low I think his fight style will suffer. Think about it – he likely walks around at 145-150 pounds and he has a history of missing weight (see his first fight with Joseph Benavidez) you know he’s doing everything in his power to stay as close to 125 as possible. I think he’ll win but don’t be surprised if he looks a little sluggish. I like Figgy by decision at +350 and the fight to go the distance at +200.