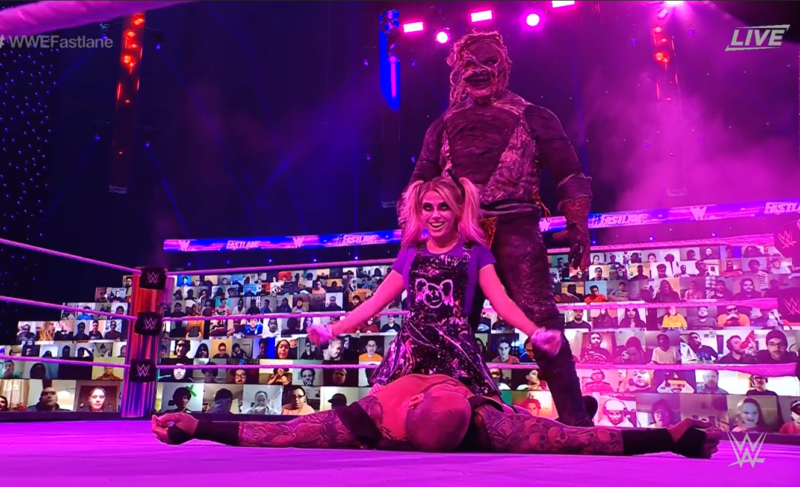 We’re back at it again with a new Morning Brew. NFL free agency is off and running with players like A.J. Green, Jamaal Williams, Jalen Mills, Patrick Peterson, and much more on the move. WWE Fastlane took place last night and the WrestleMania picture is starting to become a bit more clear. The NCAA tournament is up and running and there’s already been many upsets. This and so much more, so let’s not keep you waiting any longer. Here’s your cup of Brew.

The Patriots’ TEs are going to be a problem

Belichick’s moves are getting rave reviews

“Tom Brady’s success makes it look like the Patriots are worse than they are… All of these moves are very New England.”@ColinCowherd on Patriots’ busy day in free agency: pic.twitter.com/YEk4ftakdr

The Patriots filled their biggest offseason need at the end of a whirlwind day by adding Nelson Agholor and Kendrick Bourne.

Jalen Mills? He’s heading to the Patriots, too

The Carson Wentz trade to the Colts is now official

thank u @Colts 🙌 i am so happy to have my guy @cj_wentz new jersey pic.twitter.com/jNNUQwzPPj

Eagles show some love to Wentz

A leader on the field and in the community, No. 11’s impact will always be remembered. pic.twitter.com/C5dwiuA3Na

And hello to Detroit

A.J. Green is heading to Arizona

A.J. Green’s got a new home in the desert 🏜️@ajgreen_18 | @AZCardinals pic.twitter.com/Ca8p3FAIKn

The Bengals gave a nice tribute video to Green

Adriel Jeremiah Green, one of the greatest to ever wear the stripes. pic.twitter.com/zdkBkQrvfa

BREAKING: Ryan Fitzpatrick signs with @washingtonnfl representing the best beard in DC since Rutherford B. Hayes in 1881. pic.twitter.com/ELOmQ3CUdv

Russell Wilson still could be traded

Thanks for the memories, Alshon

Appreciate you Alshon! We don’t win a Super Bowl without you sacrificing your body & everything you got in the 17′ season. 2 of your plays that deserve more respect is the deep ball TD in the Championship game & the over the shoulder catch in Super Bowl LII. Much love #17. https://t.co/0jMBW6yPOD pic.twitter.com/xyyXMrGZkX

And how could we ever forget this?

Eagles will be releasing Alshon Jeffery.

Patrick Peterson is heading to the Vikings

Panthers, LB Haason Reddick agree to deal worth up to $8M. (via @RapSheet + @MikeGarafolo) pic.twitter.com/3Tl0wTSy8e

John Brown to the Raiders

Raiders, WR John Brown agree to one-year deal worth up to $5.5 million. (via @RapSheet + @TomPelissero) pic.twitter.com/oWn2itEZOC

Trent Williams will still be a bad man in San Francisco

Trent Williams gets to dominate people for another SIX years in San Francisco 😳 (via @thecheckdown)@TrentW71 | @49ers pic.twitter.com/7ZlBPZ5n2h

How it started: How it’s going: pic.twitter.com/5ZAxQ6UncH

Jared Cook to the Chargers

The Giants just got better

DeSean Jackson to the Rams

The Eagles remain a mess

Roman Reigns is still the Head of the Table after Fastlane

COUSIN TO THE RESCUE.

Alexa Bliss vs. Randy Orton was what we thought it would be

Some would say it was fire

The Fiend returned to help Alexa Bliss get the W

Drew McIntyre showed up to Fastlane with a new look

Despite the face paint, McIntyre took down Sheamus

Shame on the NCAA

Let me put it on Twitter too cause this needs the attention pic.twitter.com/t0DWKL2YHR

Social media is powerful. Thank you for all of y’all’s support pic.twitter.com/YR5ZNwywv6

No. 15 seed is moving on pic.twitter.com/IzWU8uUy84

THE GOLDEN EAGLES ARE GOING TO THE SWEET 16 🔥

Ohio upset the defending champs Virginia, and the party afterwards was crazy!

Athens is going wild after Ohio’s upset win over Virginia!

When your fans have this much swag, you can’t lose

They should have to forfeit after this pic.twitter.com/BJr5DwnVLZ

Purdue … it was nice seeing you

“The Big Ten is the best basketball conference in the country”

This feels about right

My bracket is still perfect pic.twitter.com/2AXskjMlIg

Look at this heat

America has a white supremacy problem

Police announced an increased death toll in the metro Atlanta spa shootings and said they had a suspect in custody https://t.co/UX7VqJIzj0

You’d never be able to tell from these press conferences, though

“Yesterday was a really bad day for him and this is what he did” — a law enforcement official explains Robert Aaron Long’s decision to kill 8 people in a strange manner pic.twitter.com/u0zFcqjbNK

Should we be surprised?

I am calling on Capt. Jay Baker to resign. He tried to humanize the Atlanta killer & suggested the shooting was not a hate crime. Last year, he promoted racist shirts blaming China for the pandemic-saying that the coronavirus was imported from “CHY-NA.” https://t.co/JvM37Kx4IN pic.twitter.com/5PrSvUMu74

The media plays a part in this as well

Shameful headline, @Reuters. How dare you try this. pic.twitter.com/NR2gSgZrDx

It’s unreal how this happens

Not one shot by police

All murdered by police pic.twitter.com/4BVTiaLxrF

Falcons kicker Younghoe Koo spoke out on the shootings

McConnell won’t comment on Atlanta shootings, ignoring several questions by CNN as he walked silently to the Senate floor.

HOLY HELL: this video just released by FBI of US Capitol Insurrectionist pic.twitter.com/GVo91NjPuU

Vanessa Bryant has had enough

They should be named and their actions should be condemned.

A doctor vs. a faux doctor

Dr. Fauci to Sen. Rand Paul: “Here we go again with the theater. Let’s get down to the facts.” pic.twitter.com/z3zaCclao0

This is the Florida governor’s fault

Ron #DeathSantis is at it again. pic.twitter.com/2cQwiOZ9AK

While he’s enjoying his beer over 32,000 Floridians have died due to his lack of leadership pic.twitter.com/mcYwkT5FR4

This was EVERYTHING! A WHOLE VIBE! REAL RAP! pic.twitter.com/WPTqXAV7d8

SEPTA police are offering a $1,000 reward for information leading to the arrests of four suspects wanted in an attack on a SEPTA employee last week.​ https://t.co/57clmd4Hd5