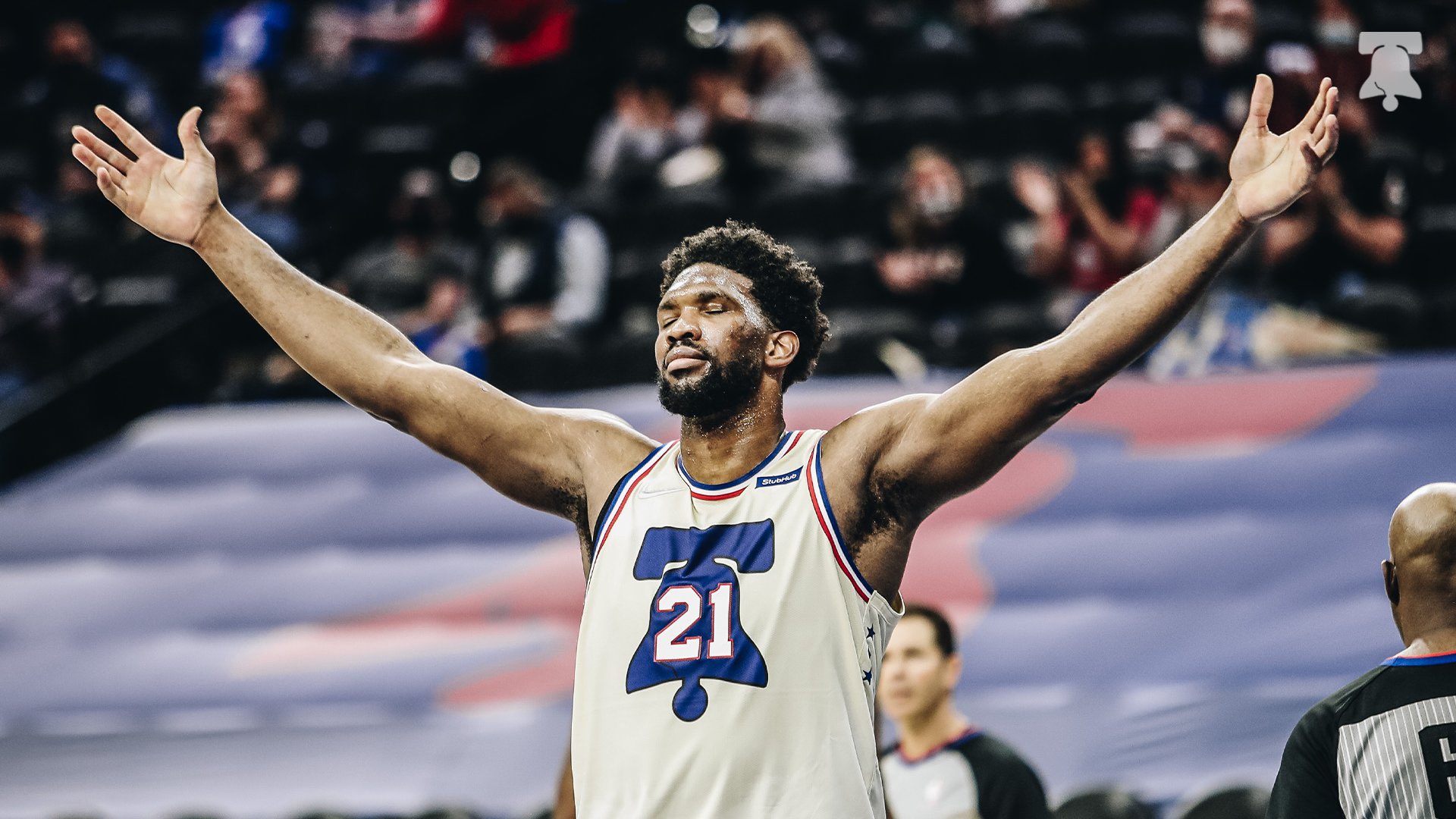 The Philadelphia Union are back on Fox Sports The Gambler for the next two years! The Sixers are rolling right now. Notorious DB Jake Paul won a “fight” on Saturday night. More mass shootings, and there’s a clear double standard in America that needs to be addressed before more lives are lost.

The Gambler and The Philadelphia Union continue their partnership

We are proud to announce that the @PhilaUnion are back on our airwaves for the next two seasons! https://t.co/uuVwjqXUfG

We joined @CCDParks for their chalk art event at Dilworth Park today!

Whether in chalk or in-person, @Subaru_Park is an absolute beaut 😍 pic.twitter.com/Mwljhb7JcQ

Joel Embiid is a man on a mission

Another night, another MVP push for @JoelEmbiid.

The Sixers are rolling right now

The Eagles make no sense

Eagles players have opted-out of voluntary in person workouts. https://t.co/BZ99MvfO6y

Bryce Harper mashed another one on Sunday

ok this might be our new favorite way to bat flip pic.twitter.com/qkqNQppnjx

Paul’s reaction is a tad over the top

Pete Davidson reporting from the Jake Paul vs Ben Askren stream has me WEAK 😂💀 pic.twitter.com/fXtxw1zO19

Ben Askren … the happiest loser of a “fight” ever

The Jake Paul fight def wasn’t rigged, I mean look at the injuries on Ben Askren. I hope he recovers. #TrillerFightClub pic.twitter.com/7tttv3LG6v

Not everything is grand for Jake Paul

Jake Paul speaks on sexual assault allegations made against him last week. https://t.co/2Qv0a5s78J

Another week, another mass shooting in America

The FedEx shooting “probably only lasted one to two minutes,” the deputy chief of criminal investigations for Indianapolis police said, adding that the suspect exited his vehicle and immediately began shooting while in the parking lot. https://t.co/NUuy3fUFaZ pic.twitter.com/18dd5mTxMD

NBC News: This is the photo of the alleged shooter, Brandon Scott Hole, 19 in the Indianapolis FedEx shooting that left 8 dead, according to a police spokesperson.

Four of the eight people killed in Thursday night’s mass shooting at a FedEx facility in Indianapolis were members of the Sikh community.

WRTV’s Cornelius Hocker reports how this tragedy is impacting them and how they plan to support one another. pic.twitter.com/cTP4mcNkBk

We live in Two Americas

BODY CAM RELEASED: Body camera footage has been released in the deadly police shooting of 13-year-old Adam Toledo in Chicago, appearing to show the teen with his hands up when he was shot by an officer, who said the teen had a gun. @PierreTABC reports. https://t.co/R3gGYj5dqn pic.twitter.com/XrdZ5EfUMG

This happened yesterday in Minnesota, the suspect was a 61-year-old white man fleeing police. He wasn’t shot or tased. pic.twitter.com/FEq39kssC9

BREAKING: A police officer who shot and killed a driver during a traffic stop in Brooklyn Center, Minnesota, meant to deploy her taser instead of her gun, officials say. https://t.co/HprWYvKCM3

Armed man in Oregon fires his shotgun to intimidate protesters. This happened outside Salem Police Department. He was taken into custody without any injuries. pic.twitter.com/QHiJm9GBDU

But Kyle Rittenhouse was a 17-year-old boy

“You’ve got a little boy out there trying to protect his community…” pic.twitter.com/3m9o8pBwsR

Once a racist, always a racist

Sean Hannity trying to decide how to refer to Kyle Rittenhouse vs Adam Toledo: pic.twitter.com/1tGZoCaS1E

Adam Toledo was a 13-year-old kid. Police killed him while he was unarmed with his hands up in the air.

Kyle Rittenhouse was armed. He shot and killed 2 people with an AR-15. Police let him go home. pic.twitter.com/Fyg7Wls8mR

Black Rob has passed away

Black Rob has passed away at the age of 51.

Is America going to finally get out of Afghanistan?

What an absolute embarrassment these two are

We see you, Ron

Ron DeSantis wants to impose signature matches on absentee ballots. This will predictably result in lots of eligible voters losing their voting rights. The variance in DeSantis own signature over time illustrates why it is such a bad idea. https://t.co/Vq1FcFWjEB

PA National guard has been activated

This man is insane

This man was on Trumps legal team
pic.twitter.com/M265dgNeF8

Even OAN knows they’re a joke

Marty Golingan, a producer at the channel since 2016, recalled seeing a photo of someone in the Capitol mob holding a flag emblazoned with the OAN logo. “I was like, OK, that’s not good,” Mr. Golingan said. “That’s what happens when people listen to us.” https://t.co/qpfTIwXKwD

One of the greatest headlines EVER from @VanityFair!

Jim Jordan Trips Over His Own Asshole Trying to Debate Anthony Fauci https://t.co/x7kYK9gSN6 via @VanityFair

Aaron Donald has been vindicated

The man who falsely accused #Rams star Aaron Donald of beating him up in a South Side Pittsburgh brawl has now apologized. https://t.co/f0NGMWzqGT

Pat McAfee has landed on SmackDown

It’s a dream come true & an absolute honor to be here on #SmackDown #SmackDAHN pic.twitter.com/Gu3uAWQOW3

Another round of WWE releases

WWE has come to terms on the release of Samoa Joe, Chelsea Green, Tucker, Kalisto, Bo Dallas and Wesley Blake.

We wish them all the best in all of their future endeavors. https://t.co/657qwu8wGc pic.twitter.com/gSSxc2JHFf

MOOKIE DIVING CATCH TO WIN THE GAME VS. THE PADRES 😱😱😱 pic.twitter.com/k6Oj8vU8u4