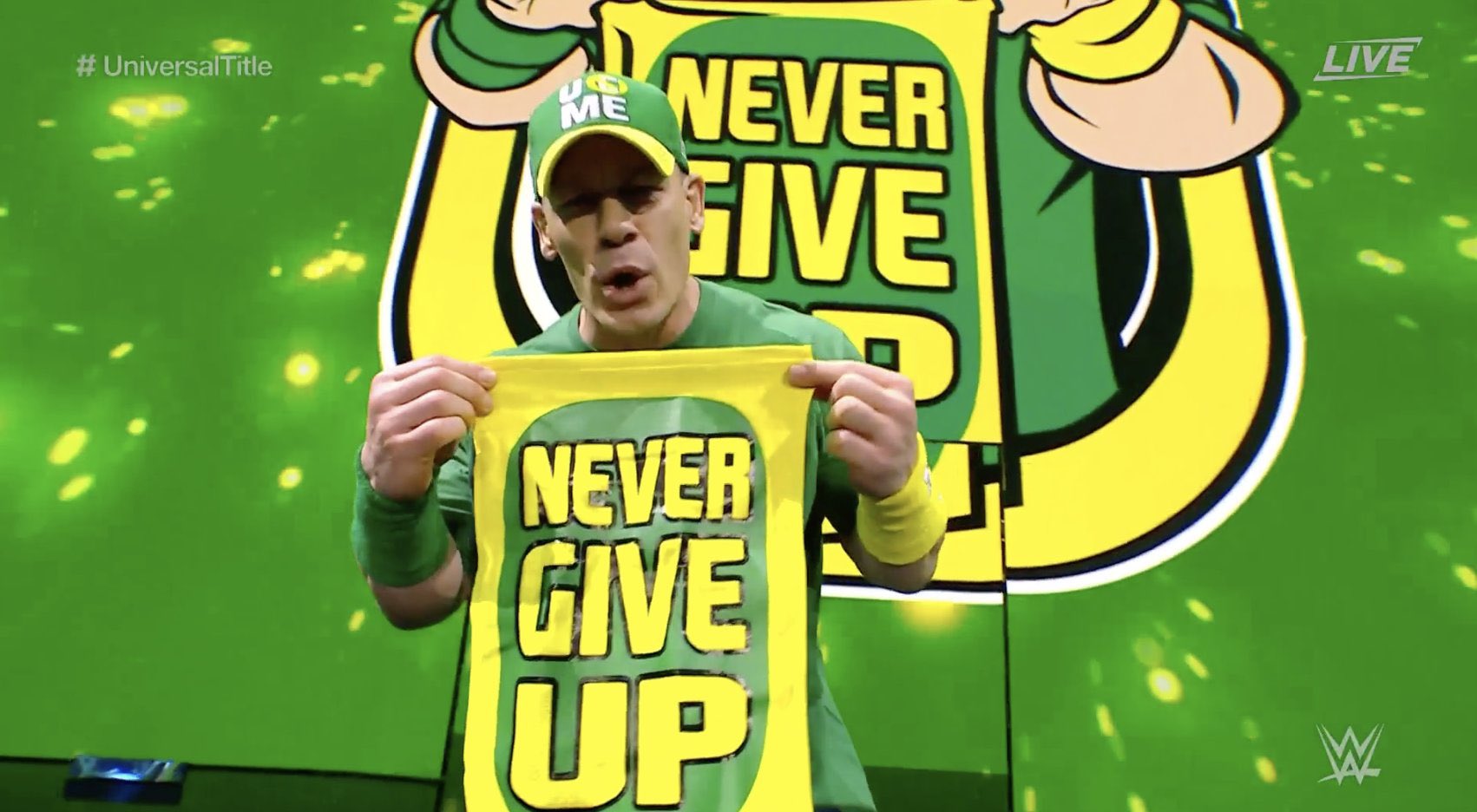 We’re back at it again with an all new Morning Brew and we’re not the only ones back. Fans are back in attendance at WWE events. It started with Smackdown on Friday night and then continued with the Money in the Bank pay-per view. It looks like the WWE is taking a chance on building a new star with the winner of the Men’s briefcase. However, it was an old face that showed up at the end of the show that is making news. Will Damian Lillard get dealt to Philadelphia? Maybe if we talk about it enough we can speak it into existence. Shots were fired outside the Washington Nationals game on Saturday night and it led to pure chaos. We cover this and so much more this week, so let’s get right to it. It’s Brew time.

Vinny Mac welcomed the fans back on Smackdown

Acknowledge the head of the table

Seth Rollins with a message

“IF IT WASN’T FOR ME, HE’D BE CHAMP!”@WWERollins making it known to @WWERomanReigns… #MITB pic.twitter.com/sqmszdcjvc

This is going to be good

You missed him, didn’t you?

Don’t you dare be sour…

Big win for Mr. Money in the Bank…Big E

I AM LITERALLY CRYING RIGHT NOW BIG E IS MR. MONEY IN THE BANK!!!! pic.twitter.com/zeMDrgFyV7

This is how it ended

Ms. Money in the Bank is Nikki A.S.H.

Lashley brutalizes and squashes Kofi to set up Goldberg.

The crowd reaction to seeing Kofi die in this ring against Lashley. #MITB pic.twitter.com/hjPDrGPeBM

Charlotte Flair just flipped off the crowd, and they tried to cut the cameras but she was still doing it when they came back on. 😂💀#WomensTitle #MITB pic.twitter.com/QTUSOq3XX7

All hail the Queen

WWE Money in the Bank preview roundtable on @foxphlgambler!@jjansen34 is joined by @piccone_, @VaughnMJohnson, & @BigManFanelli to preview and predict the first WWE PPV in front of fans since WrestleMania, Money in the Bank!#MITB | #WWEhttps://t.co/AoN7Ib3G5l

Lets hope this is true

Source: Blazers star Damian Lillard to request trade in the days to come.

If this is a surprise, you haven’t been paying attention. https://t.co/FS7KL1pPPm

Here are 7 teams that could make the move: https://t.co/vCPenAWBe1

Lillard gets the break started

The Flyers made a trade that didn’t suck

We have acquired defenseman Ryan Ellis from the Nashville Predators in exchange for defenseman Philippe Myers and forward Nolan Patrick.

DeShaun Watson to the Eagles?

From @RealTannenbaum: It’s an open secret in NFL circles that the #Eagles are a likely destination for Deshaun Watson. “I put them absolutely number one to try to acquire” him. https://t.co/BxkwT3D37n

Things got crazy at the Nationals game on Saturday night

From the inside of the stadium

Here’s the statement from the Nationals

Tonight’s game has been suspended due to an incident surrounding Nationals Park.

The block that turned the Bucks-Suns series around

With that dunk, the Bucks are 1 win away from the NBA title

Jrue rips it.
Giannis runs the floor.
Jrue lobs it up.. Giannis hammer!@Bucks up 4 with 9.8 left in Game 5.#NBAFinals on ABC pic.twitter.com/xKhjNrgdbf

Nice gesture from the Greek freak

genuinely don’t understand how anyone could dislike this guy pic.twitter.com/RN4vLf1R0s

Matt Gaetz will only take photos with supporters who acknowledge he is a pedophile. pic.twitter.com/mNL3OIq0yz

The Proud Boy dorks show up in Trenton

Proud Boys in Trenton, NJ holding a “rally” in front of the federal court house to free the insurrectionists imprisoned for Jan 6. pic.twitter.com/MyYGV6SnhI

This will somehow enrage conservatives

This Trump supporter believes that former President Donald Trump will be back in the White House later this year, with John F. Kennedy Jr. — who died in a plane crash in 1999 — as his vice president:

“I think that JFK Jr. is still alive.”https://t.co/FdGzD5j0rw

Just a quick question… to the unvaccinated:

Do you ever wonder why Tucker Carlson and other Republicans tell you not to get vaccinated, but they got vaxxed as soon as they could?

Not all Americans are smart

One in five Americans believes the US government is using the COVID-19 vaccine to microchip the population
https://t.co/AkNfMXQDT5 pic.twitter.com/89RLpB45aW

Please lord lets not do this

I did not have monkeypox on my 2021 bingo card. pic.twitter.com/AnVtMa6F4S

Scary stuff this weekend in Jersey

STORM WATCH 🌪️ The clouds were spinning above #Woodbridge just before a tornado warning earlier this afternoon. #NewJersey #N12Weather #News12Weather

This will be bad

U.S. coastlines will face increased flooding in the 2030s because of a phenomenon NASA calls a ‘moon wobble,’ mixed with rising sea levels caused by climate change https://t.co/Fos1Fl5Fku pic.twitter.com/9mai2gG7F5

Check out the clown that threw the ball at Alex Verdugo last night in the Bronx….kid was shitting his pants waiting for security to grab him pic.twitter.com/0gnAjaasKJ

The Yankees have banned for life the fan who threw a baseball at Alex Verdugo last night.

MLB has also banned the fan from its 29 ballparks for life. Story: https://t.co/rmqDABqdhL

A superb play here by the Mets

Timbaland, Flea, Questlove and more paid tribute to Biz Markie after the news of his death https://t.co/ZGTFmqO9i8

#SpaceJam: A New Legacy is currently #Rotten at 38% on the #Tomatometer, with 71 reviews: https://t.co/ezsM9Zhsf4 pic.twitter.com/1agpXanIbU