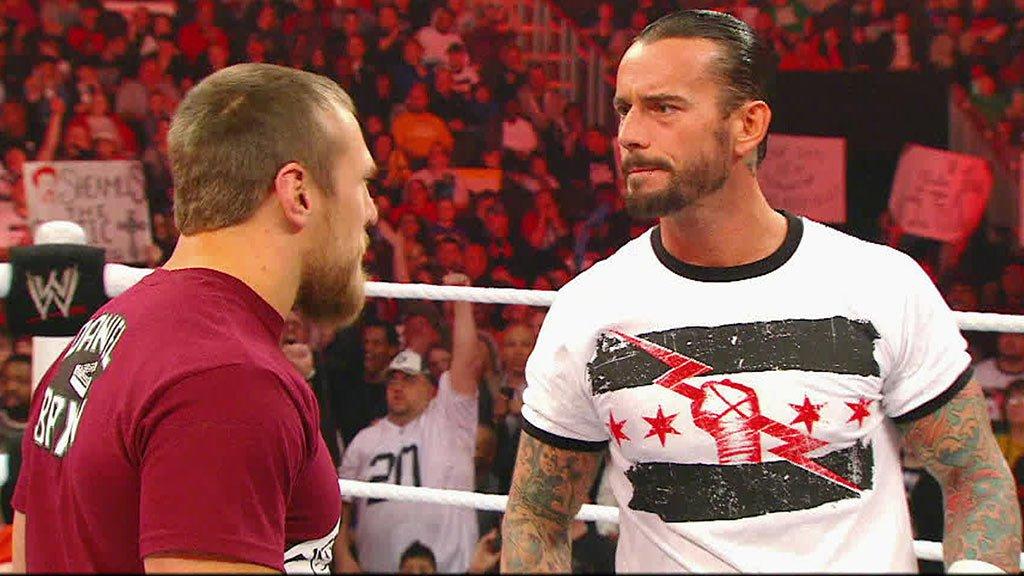 It’s that time again. We’re back with an all new Morning Brew. Juicy wrestling rumors are brewing involving the possibility of both CM Punk and Daniel Bryan heading to AEW. That, for sure, could potentially change the landscape of professional wrestling. Meanwhile, the Milwaukee Bucks took home the NBA Championship after downing the Phoenix Suns in six games. The Greek Freak was just too much for the Suns, dropping 50 points in the series-clinching game. We have this and so much more for you in today’s Brew.

Check out my latest Exclusive:

Daniel Bryan Has Signed With AEW, Details On What He Asked For From Company #AEW #AEWDynamite #AEWonTNT #DanielBryanhttps://t.co/FJHP6y6LkU

If so, this looks about right

The future of Daniel Bryan…???

But wait, it could be even bigger than one could imagine

CM Punk has been in talks for a potential return to the ring, Fightful Select has learned.

Some are saying it’s a done deal

CM Punk to AEW is reportedly “a done deal”. https://t.co/wk5IMDFNvA

I’d love to see them anywhere to be fair, but wow.

Something is definitely brewing here, check out Punk’s IG post

While on the subject of AEW, here was a fun little moment this week with Sting

What a faceoff … @orangecassidy and @Sting!

I think you know what to do with this….#FearTheDeer pic.twitter.com/KMOn3or7vj

This video of Giannis Antetokounmpo during the Bucks’ postgame celebration has generated more than 23 million views on Instagram, making it our most-watched Instagram video of all-time. It surpassed video of LeBron James and Anthony Davis celebrating their championship in 2020. pic.twitter.com/OmjYXqegTo

After losing a heartbreaking NBA Finals, Suns head coach Monty Williams went to the Bucks’ locker room to personally congratulate them on their championship.

This man is all class and someone a coach at any level should look to as a role model. pic.twitter.com/9YK18H82dH

The moment in the Deer District when the Milwaukee #Bucks won the #NBAFinals for the first time in 50 years. 65,000 are here to witness history outside of the Fiserv Forum.

Viewership for the NBA Finals

The Eagles signed another cornerback

Roster Moves: #Eagles and CB Steven Nelson have agreed to terms on a one-year contract and the team released DT Willie Henry. pic.twitter.com/e7usgnEVVX

An announcement from the NFL regarding COVID-19

The NFL just announced that if a game cannot be rescheduled due to a COVID outbreak among unvaccinated players, the team with the outbreak will forfeit the game.

Will this rule lead to more NFL players getting the vax? pic.twitter.com/1XSCrHv1tX

Tom Brady had some fun at the White House

“Many people didn’t believe the Buccaneers could win the Super Bowl and 40%
still don’t think we won.”
-Tom Brady

The Colts throwbacks are nice!

A nod to the past. Built for now.

The Packers are in trouble

It’s not just Aaron Rodgers: The #Packers and star WR Davante Adams have broken off long-term extension talks. There are no current plans to resume them. The two sides have been negotiating for months, but they are now in a bad place, sources say. First the QB, now the No. 1 WR.

Nobody should ever listen to Kevin McCarthy

Here’s who McCarthy nominated to the January 6th Commission

Nancy Pelosi objected to two of the nominations for legitimate reasons

Pelosi objected to Ohio Rep. Jim Jordan and Indiana Rep. Jim Bank. Both are close allies of former President Trump, whose supporters laid siege to the Capitol on Jan. 6. https://t.co/O5H2c5Y1Fe

Pelosi went on to make a great decision here

Country over Party is how it should be

Today, I was asked to serve on the bipartisan January 6th Select Committee and I humbly accepted. When duty calls, I will always answer. https://t.co/MszEBc0V7I pic.twitter.com/flIdSfYzZV

Jim Jordan is famous for a coverup of horrendous crimes

Investigators say at least 177 male students were sexually abused by an Ohio State team doctor who died in 2005. The report concludes personnel had knowledge of complaints and concerns about the doctor’s conduct as early as 1979. https://t.co/4gZjY3sHPI

And more on Jordan the dirtbag

This guy is a legend

Montana man to @TuckerCarlson: “You are the worst human being known to mankind. I want you to know that.”

Rep. Madison Cawthorn vows that if the GOP gains control of the House in 2022, he will “make sure that consequences are doled out” to Dr. Anthony Fauci: “We want to prosecute this guy to the full ability of the law.” pic.twitter.com/kFN0rGOCGJ

Jeff Bezos flew on a penis into space

“This is probably the most phallic-looking spacecraft you’re going to see, if I had to guess.” https://t.co/pwfLmkupUK

The labor union was not happy with Bezos

This is what having too much money looks like

Blue Origin video from inside the New Shepard capsule in space:

Here was the landing

New Kanye West music for those that care about him

Kanye West premiered his new album, “Donda” at a public listening session at Mercedes-Benz Stadium in Atlanta on Thursday night. He didn’t say a single word, but danced to songs off the album for less than an hour before leaving. https://t.co/lrEO00JJFZ

Kanye West is also wearing pantyhose on his head these days

The Flyers made another trade

The Ghost is vanishing from Philadelphia

We have acquired forward Cam Atkinson from Columbus in exchange for forward Jakub Voracek.

Dak Prescott walking onto the field at Cowboys training camp, where he’ll work his way back to a return from injury. 💪

Michael Cole bigging up Pat McAfee, you love to see it!

The Cleveland Indians will be known as the Cleveland Guardians beginning in 2022 https://t.co/EETJG9AeUQ

USA Basketball is not very good