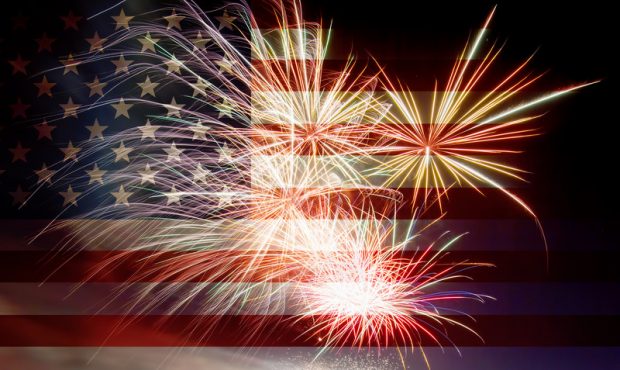 We’re back from another long, glorious weekend. The July 4th celebrations were everywhere you looked. The NBA Finals are about to kick off this week with the Milwaukee Bucks taking on the Phoenix Suns. Yes – I know that’s crazy and the stars should’ve been aligned for the Sixers to get to the Finals. But, life happens and here we are. Also, in a rather sickening turn of events – Bill Cosby had his conviction overturned due to a technicality and thus proving yet again, that when you’re rich – the odds are in your favor to get away with virtually anything. We have a lot to cover this week, so let’s get to it. It’s Brew time.

Bryce Harper has his preference

Zack Wheeler has been selected to his first All-Star game

Here are your All-Star game starters

Was the process a failure?

It’s clear ‘The Process’ was a failure for Sixers | Keith Pompey https://t.co/32IzkYrGTw

THE NBA FINALS ARE SET 🔥 pic.twitter.com/tKTPLFrhvH

When you realize you have to come to a “terrible city” for the NBA Finals. pic.twitter.com/pyN3IvYW5d

The Hawks losing the series to the Giannis-less Bucks makes one thing clear: The Lord God Jehovah has a particular disdain for the 76ers.

Nothing like taking your kids to Philadelphia for the 4th & running into literal Nazis. These scumbags belong to the group Patriot Front. That may or may not be my kids & I joining a growing crowd yelling at the spineless dickholes & chasing them away from City Hall. #fucknazis pic.twitter.com/bqYviUq1Bd

These Nazi Mfs gone get they ass whooped anytime they touch down in this city lol Philly is on y’all ass!!!! pic.twitter.com/fTBOp1ye9y

How it started vs How it ended

How it started How it ended pic.twitter.com/h5POUHjsVu

Fireworks across the city

What did you think of these?

Philly did ok I suppose with the #fireworks. No where near mind-blowing epic like #WashingtonDC or #NYC. Ah well. #CNNFourthOfJuly #Philadelphia #July4th #FourthofJuly pic.twitter.com/b9vFgZiwCd

Happy 245th Birthday, America! We salute all service members who fought for freedom and independence this 4th of July. 🇺🇸

A disaster in Ocean City, Maryland

A Fourth of July fireworks celebration in Ocean City, Maryland, was canceled after some rockets ignited prematurely and shocked a crowd of beachgoers. https://t.co/aojkt4FWnz pic.twitter.com/31Ty66WPLR

A 4th of July message from Matthew McConaughey

Mark Zuckerberg looks like he had an enjoyable 4th of July
pic.twitter.com/PaScQxZ9eC

This dude is pumped

The Colts have some 4th of July fun

Grab yourself a plate.

What an absolute joke

People are right to be furious

Phylicia Rashad has long been one of Bill Cosby’s staunchest supporters and on Wednesday she shared her reaction to his sentence being overturned. https://t.co/HM5dTcqwVT

I fully support survivors of sexual assault coming forward. My post was in no way intended to be insensitive to their truth. Personally, I know from friends and family that such abuse has lifelong residual effects. My heartfelt wish is for healing.

These are Brave women

Here are the SIXTY women who came forward with accusations against Bill Cosby. I never want to hear the question “Why didn’t she come forward?” again in my life. https://t.co/OtSzwMnPv6

Because of course he’s planning this

I bet there’s at least a 1 drink minimum. https://t.co/LftUU01sPp

And now this sicko is trying to pull some nonsense

Tucker Carlson lies for a living

We asked the NSA to answer these questions. We will have an update for you tonight at 8pm ET on FOX News. pic.twitter.com/OpQY5uEnq0

I agree with this

The NSA responds to the big liar

A statement from NSA regarding recent allegations: pic.twitter.com/vduE6l6YWg

Ted Cruz loves when the spotlight is on him

Ted Cruz Says He’s Considering Running Again: ‘2016 Was the Most Fun I’ve Ever Had in My Life’ https://t.co/l9IGU7ufF8

Lock them all up!

A man who participated in the Jan. 6th Capitol riot, going into the building and cheering on the break in, was able to join GOP members of Congress on a trip to the border Tuesday. Serving at times as a translator and even driving a member in his truck.https://t.co/NquGDtwwLt

LISTERIA RECALL: Do not eat, serve, or sell recalled frozen, fully cooked chicken produced by Tyson Foods and sold under various brands. More details and a full list of products on our website:https://t.co/IAYB36Vvxb pic.twitter.com/15qdHXwXmK

WATCH: Rare sight of bank dye pack with cash from bank robbery exploding with neon red/pink smoke all over the cash&robber captured on street surveillance camera in Newark, NJ today 10am Keep your eyes on 3rd guy in white shirt&backpack leaving Capital One Bank 1/2 @FOX29philly pic.twitter.com/Pl4qxpoExT

Give me a break

BREAKING: American champion Sha’Carri Richardson cannot run in the Olympic 100-meter race after testing positive for a chemical found in marijuana. Richardson won the 100 at Olympic trials on June 19. https://t.co/ERUw1HA8ev

Does anyone really care about LeBron and his son’s High-School game?

LeBron James coaching up Bronny at the half. pic.twitter.com/Yj4DOow1zM

Not a good look for Rachel Nichols

https://t.co/pym3Gxq6h0 Rachel Nichols — a star anchor for ESPN, covering all things NBA — was caught on camera last year talking to LeBron James’ publicist about how to prevent a fellow female anchor, who’s Black, from taking over her job during the Finals.

It’s with a very heavy heart that we share the news that goaltender Matiss Kivlenieks passed away last night at the age of 24.

We are heartbroken. Please keep his family in your thoughts and prayers.

A statement from the NHL