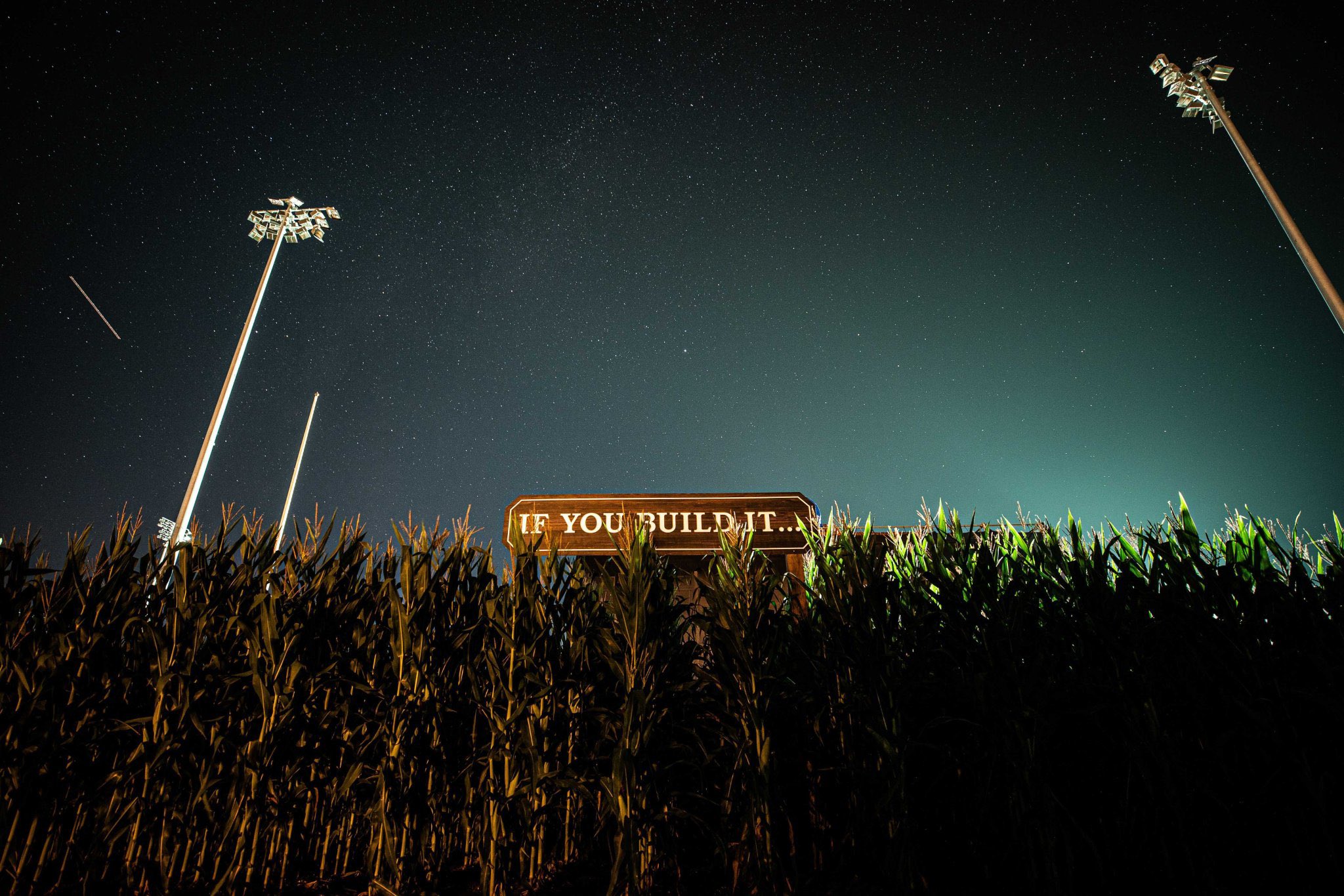 We’re back at it again with an all new Morning Brew. Preseason football is back and we’re now officially counting the days until the regular season starts. The Eagles showed some glimpses of promise against the Steelers in the pre-season opener. We’re also counting the days until Ben Simmons gets traded. Yes – he’s still here, but for how much longer. The MLB put on a pretty awesome show when the Yankees played the White Sox at the Field of Dreams. The delta variant is causing havoc across the country and the mask mandate is officially back in Philly. Let’s get right to it, it’s Brew time.

Dwayne Haskins continued his push for the backup quarterback spot, throwing for 161 yards and a touchdown to lead the Pittsburgh Steelers to a 24-16 win over the Philadelphia Eagles.

Sirianni and the team take the field

Nick Sirianni and the Eagles take the field for the first preseason game pic.twitter.com/qKGs8xluBA

We’re proud to honor @72TraThomas and @BIGJDR, who will be inducted into the #Eagles Hall of Fame on Oct. 14th!#FlyEaglesFly

The Bodyguard is going to Chicago

“Ben Simmons is not answering the phone calls, he don’t want to be with the 76ers, and from what I heard, he’s willing not to report to training camp, and will go as long as it takes for him to get out of Philly.”

.@ChrisBroussard on Ben Simmons cutting off communication with the 76ers:

“It seems like it’s coming together for the perfect trade. Philly wants Dame and Portland could start over with Chauncey and build around Simmons. But it’s going to take Dame to say he wants to be moved.” pic.twitter.com/XqMFnA587U

Has Simmons been coddled?

“Ben Simmons is mad at Philadelphia? He’s been coddled, babied, promoted and protected.”

Ben Simmons and Rajon Rondo working on their 3. 👀

The Field of Dreams

If you build it, he will come.

MLB’s Field of Dreams in Dyersville, Iowa, is complete with first pitch a week away.

The opening for MLB’s Field of Dreams game was INCREDIBLE. 🥺⚾️

The Star of the Show

A #walkoff into the corn at #MLBatFieldofDreams.

I didn’t see this one coming

Why is this slide so smooth, though? 👀 pic.twitter.com/4Eu3IT8hXi

Tyler Gilbert throws the 8th no-hitter of the year.

THIS JUST IN: Beginning tomorrow, August 12, masks are required in Philly:

✅ While indoors, unless proof of vaccination is required for entry.
✅ At non-seated outdoor events with 1,000+ attendees.

Ron DeSantis is a petty man

“If you are not interested in following the public health guidelines to protect the lives of people in your state … then get out of the way …” pic.twitter.com/Ea4kOMqX23

DeSantis would rather you die, just to own liberals

Florida is experiencing its most devastating COVID-19 surge yet, fueled by the Delta variant.

Hospitals are being stretched to the brink once again, with mounting wait times and limited oxygen.

Here’s what it’s like on the front lines. 👇https://t.co/yHsYNfDWI1 pic.twitter.com/CHMNfHs9lJ

Schools are fighting back against DeSantis

The school board also decided to hire outside legal counsel to help challenge DeSantis’ executive orders.

Austin, TX is in deep trouble

BREAKING: Austin/Travis County officially in STAGE 5 COVID restrictions. This is the highest risk level for the pandemic.

The Texas Governor is a jackass too

Medical professionals are threatened and besieged by an angry mob in Franklin, TN after they testified in favor of masks at school board mtg. They needed police to get them out of the parking lot safely. These are organized, not isolated, and getting worse. From @formvscontent pic.twitter.com/tRYw8nE83W

It’s always the ones that scream the loudest

The walls are closing in on Matt Gaetz

Matt Gaetz’s Wingman Has Given the Feds “Years of Venmo Transactions” and “Thousands of Photos and Videos” https://t.co/DXLFBWscOW

Tucker Carlson pictured with Anton Lazzaro — who was just arrested for sex-trafficking minors this morning.

The Proud Boys nerd herd took their show to LA

More on the shenanigans

A man was stabbed and a reporter was attacked at a protest against vaccine mandates on the south lawn of Los Angeles’ City Hall after a fight broke out between the protesters and counter-protesters, the LA Police Department and local media said. https://t.co/4HLbhza6Pg

The LAPD spins it to protect their boys

Gov. Andrew Cuomo’s circle had always been small to the point of claustrophobic. But increasingly, on the question of resign or fight, he was becoming a coalition of one. Finally, Cuomo, a consummate deal-cutter, came to see that there was no play left. https://t.co/RmhvjZp7HK

How come alleged Republican abusers of women are never held accountable? Never impeached by their own party, or forced to end their careers?

My @MSNBC monologue, with the receipts:pic.twitter.com/FpdpcsLzsd

Afghanistan is a mess

Census data from 2020 is released

BREAKING: The Census Bureau issues a detailed portrait of how the U.S. has changed over the past decade, showing the white population is aging, and falling to its smallest share on record. https://t.co/5jxJkuDCOC

NEW: Airbnb said it will allow hosts and guests to sue the company over claims of sexual assault and harassment in its listings https://t.co/G8REFrOp5u

This is a shame

Our thoughts are with Eminem’s ex-wife, Kim Scott, as she was hospitalized after a suicide attempt. https://t.co/JJCTpsnSYR

Ross & Rachel together in real life?

Fightful has reached out to sources connected to Bray Wyatt and confirmed that his absence following WrestleMania had nothing to do with what were called “falsely reported mental health issues.” Also, Bray Wyatt is 100 percent healthy and able to wrestle.https://t.co/nazM8hgJpq

You can’t kill it pic.twitter.com/Bi13czn5Zs

John Cena with a 🐐-like promo on Roman Reigns pic.twitter.com/IbxWN4x6xx

I thought AEW was for the up-and-comers?

A history making moment last night on the world premiere of #AEWRampage – @Christian4Peeps overcomes the odds to defeat @KennyOmegamanX to become the NEW @IMPACTWRESTLING World Champion!

Watch #AEWRampage EVERY FRIDAY at 10/9c on TNT! pic.twitter.com/5qeHAICCKw

Fans fight at the Rams game