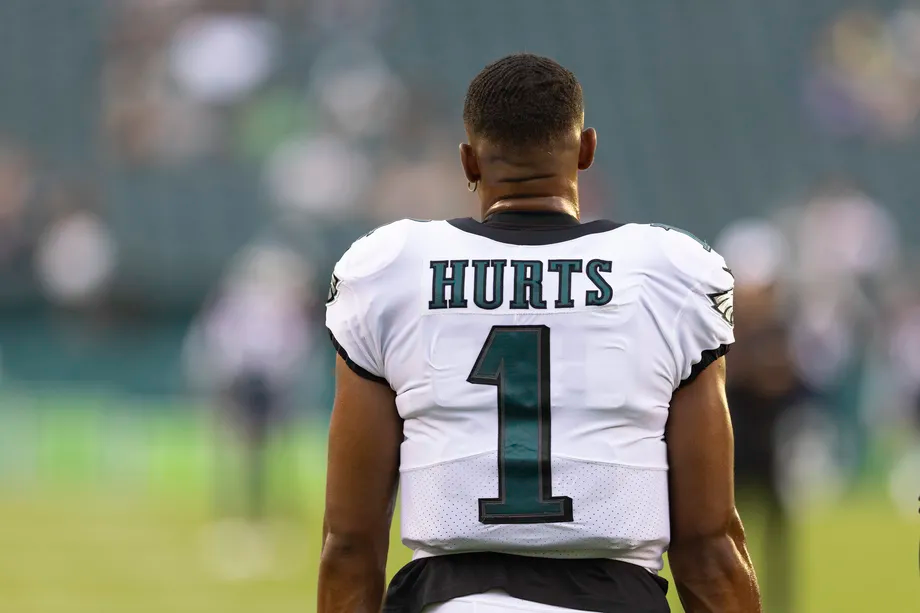 The Nick Sirianni Era begins with Jalen Hurts as his starting quarterback this weekend in Atlanta.

There seems to be minimal expectations – sort of like the 2000 Eagles, maybe? That was the first season I paid attention to from start to end, and I didn’t really take in much of the sports media at the time. So maybe there were high expectations heading into that season – and the NFC East is still a division up in the air. Anything can happen, right?

This season, the Philly Influencer staff and contributors will be giving you their predictions and best bets! Let’s get to it.

As someone with a very limited set of expectations for the 2021 Eagles season, this match-up is one I actually have a lot of optimism for. The Birds are going to have to lean to their strengths in this matchup and control the line. If the Eagles pass rushers can get to Matt Ryan and disrupt his rhythm, they can minimize the effect of a very good group of skills position players Atlanta has. On offense, I’d like to see Nick Sirianni take advantage of Jalen Hurts’ running capability early to keep the defense scrambling setting up bigger plays later in the game.

I feel like I’m looking at a 7-win Eagles team, but the start the season off 1-0 with the upset.

I think this is going to be a more even matchup than most fans think. Both teams come into Sunday with new coaching staffs and a lot of questions at various positions. Atlanta also has the ability to be as multiple as the Eagles at WR, TE, and RB (especially with Cordarrelle Patterson in ATL). The Falcons also have a two-time Super Bowl-winning defensive coordinator in Dean Pees, who will find ways to use the speedy linebacker duo of Deon Jones and Foyesade Oluokun. And with Arthur Smith, from the Kyle Shanahan tree, probably planning to play-action us to death, this could turn into a real toss-up game that relies on our linebackers stopping the run and being disciplined in reading the passes over the middle.

With that said, I’m going Eagles here simply because they have the ability to generate a pass-rush without sending extra defenders and rookie Jaylen Mayfield will probably get the start for the Falcons at guard. I think the team with the better defensive performance wins and that’s going to be the Eagles.

Look to see a sloppy start to the game, but ultimately expecting the total to exceed the set total of 48.5. Atlanta struggles at the DB spot, so I expect the Eagles’ receivers to get some yardage. At the same time, the Eagles’ defense has gone under a major overhaul, so expect some kinks to be ironed out as the season progresses. Only reason to give ATL the edge in this match-up is the experience of Matty Ice.

This will be all about Hurts and his ability to move the ball. You have two rookie coaches on each sideline with two completely different offensive philosophies. In the end, I think the Eagles’ defensive line will be the difference propelling them to a win.

Really hope I’m wrong, but think this game might be the tell-tale sign of a long season ahead. Falcons have plenty of holes, having one of the worst defenses in football and limited weapons on offense, but I don’t think I’m buying into the Eagles putting it all together with so many moving pieces at head coach, QB, and throughout the rest of the team and all its question marks. My gut tells me Hurts looks good to start, but cools off for second half.

There is a lot of uncertainty with this Eagles football team. I think a fresh start is what they need. It seems Siriani has got these guys in a positive mindset to start the season. I expect Hurts to be clicking in this game against a mediocre opponent in Atlanta, who loves to blitz. Hurts should be able to get a good amount of rushing yards today and surpassing the total of 295.5 yards passing and rushing should not be an issue.

The Eagles might not be threatening for a Super Bowl title, but they should be competitive. I like their overall group of offensive weapons more than Atlanta’s and as long as Hurts is smart with the ball, the Eagles have enough to grind out an opening day win.

Rookie head coaches are 1-14 in their last 15 openers. The good news for Sirianni is that gets to face a fellow rookie in Arthur Smith. Falcons fans have good reason to be excited about Smith’s offense, but the Eagles interior pressure should dictate this one. Expect Jonathan Gannon to blitz Atlanta’s young offensive line in high leverage situations. Atlanta will get their big plays, but similar to last year it wont be enough overcome a defense that got the previous coach fired.

The Eagles are already being counted out this season. While there are many questions about their new coach, new defensive scheme and their offense led by Jalen Hurts, they open up the season against the Matt Ryan led Falcons. The Eagles should be able to contain Calvin Ridley enough without Julio Jones on the opposite side of the field. Rookie tight end Kyle Pitts might give the Eagles some problems, but I like the Eagles to squeak one out this week to kick off the season. This of course will surely commence the exaggerated talk on Philly Sports radio that the Eagles will be at least NFC Championship game bound this year.

A brand new season! Lets get it! While there are reasons I think this will be another playoff-less season, I am excited about the new era. New coach, new QB, new styles and a shiny new toy on the outside in Devonta. As far as week 1 is concerned, I think the Falcons are ripe for the picking. This game should be tight and the Eagles should be able to win it. Only I think the learning curve of a rookie head coach and new system will eventually catch up late in the game and the Falcons will win on a last second field goal.

Been a while since we did one of these. Real life sucks. I didn’t have a good feeling about last year’s team and I was proven right. It’s easy to feel excited about something new, but when I watch these other teams just go ham each week, it leaves a lot to be desired for my football team.

I’ve been scorned by the Phillies for a decade, and my heart is officially cold and black. I can’t get excited unless they show me something to get excited about … when the games count.