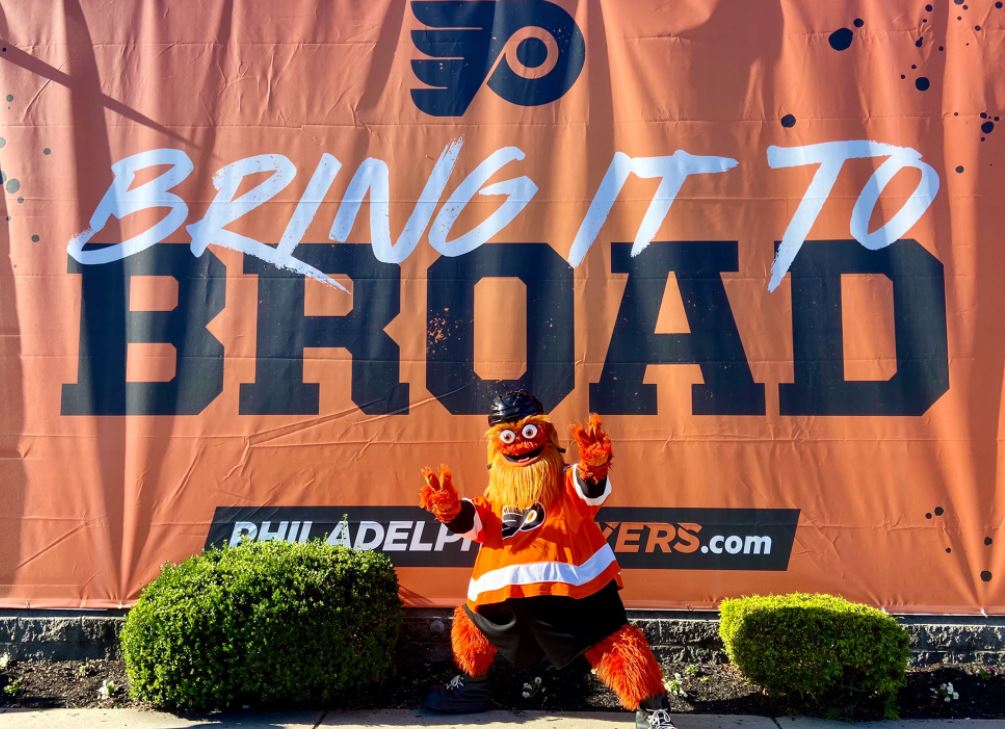 We’re back at it with an all new Morning Brew. The new NHL season has officially begun and the Flyers returned to action on Friday night. The Eagles battled Tom Brady and the Tampa Bay Buccaneers on Thursday Night Football. Brady and company were just too good for the Birds. Zach Ertz is headed to Arizona. Jon Gruden is making the news for all the wrong reasons. Adam Schefter is proving that some of his “journalistic” conduct is questionable. With that being said, let’s get right to it. It’s Brew time.

The NHL is back and so is this epic theme

As the ESPN @NHL theme song we all love returns tonight for the first time in 17 years, @justinbieber takes a look at how it all came to be. pic.twitter.com/Peq6n1GQoG

Will this year be special for the Flyers?

The Flyers captain buries a beauty to tie it and send it to overtime. #NHLonSN | #NHLFaceOff pic.twitter.com/QWLhecQqyT

The jokes have already started

With tonight’s puck drop the Philadelphia Flyers have officially been eliminated from playoff contention.

Never gave up, but second place doesn’t get us any trophies

Brady and Leonard were too much for the Eagles

Come on Nick, get your stuff together

Instant reaction: Nick Sirianni continues to ask too much of Jalen Hurts: https://t.co/5CU2o2YwrB

Maybe it’s just me, but this year’s Eagles qb isn’t playing any better than the one he replaced last yr. He also has more weapons and better o line. #ThursdayNiteFootball #BucsEagles.

I don’t wanna hear anything else about Nick Sirianni’s t-shirts.

A taunting penalty was called on the Eagles after this play. pic.twitter.com/f530iZcWXg

I guess all Eagles fans aren’t that bad, huh?

We have agreed to a trade with the Eagles for TE Zach Ertz.

For everything you contributed on and off the field, thank you @ZERTZ_86. pic.twitter.com/fBJLnkCUQn

Last time as an Eagle player

Ertz was emotional walking off the field

Zach Ertz very emotional as he enters the lockeroom pic.twitter.com/vemnkBihXs

The sweetest soul. Philly he loves you, thank you for all the love over the years. https://t.co/X067boJkwP

This is absolutely fantastic

The only thing that matters when it comes to Ben Simmons: How do you help a transcendent player whose confidence has unraveled to such an extent he has sworn all summer he’d do just about anything except face the people who witnessed it? https://t.co/vggzJdtArR

Stephen A gives his thoughts

My reaction to Ben Simmons arriving at @sixers headquarters! pic.twitter.com/2bD4csFsfo

Jon Gruden resigned as the coach of the Las Vegas Raiders hours after The New York Times reported that he had made homophobic and misogynistic remarks in emails over several years. https://t.co/L6TPlt6LYe

The Bruce Allen emails include Adam Schefter sending Allen an unpublished story during the 2011 lockout and asking if anything “should be added, changed, tweaked.” https://t.co/6yVnMctGu4

NEWS: Caesars Sportsbook is preparing to go after Adam Schefter as its latest big talent acquisition

The industry’s top NFL insider will see his current contract expire before the next NFL season.

The legal battle over the Phillie Phanatic is all but over, according to new court filings that say a settlement has been reached between the Phillies and the mascot’s creator. Our news partner @NBCPhiladelphia has the details. https://t.co/WbgkXyZ7Lm

The final four in baseball

This is toxic on a lot of levels. https://t.co/cH1ZgpPPX2

This woman has a suspicious amount of friends pic.twitter.com/aviM4MTZPB

The former president reportedly went on the gross tangent during a speech at an exclusive Palm Beach retreat https://t.co/dOwWmOuCeK

They got another one

BREAKING: A U.S. Capitol Police officer has been indicted on obstruction of justice charges after prosecutors say he helped to hide evidence of a rioter’s involvement in January’s insurrection. https://t.co/MZPGs9fsfJ

This all would end if he just got the damn shot

Kyrie Irving is finally speaking out publicly about his anti-vaccine choice … explaining he believes nobody should be told what to do with their bodies. https://t.co/jOZOPZgAIB

This lunatic is so stupid it hurts

But yet they still let Magic Johnson play with HIV.

Watch out Marge, Lauren Boebert is just as nutty

Lauren Boebert wants to start a movement in schools to replace desks with restaurant tables so kids can take their masks off. pic.twitter.com/5FflrpjmAN

Manchin is always in the way

Breaking News: The heart of President Biden’s climate agenda — a push to replace coal- and gas-fired power plants — is said to likely be cut from the budget bill because Senator Joe Manchin opposes it. https://t.co/h73QT7NDpe

#GQStyle cover stars #MeganFox and @machinegunkelly on their love story, from their first texts to taking mushrooms and searching for a sacred Banyan tree in Bora Bora.https://t.co/7PdUCFMKMn

“‘Halloween Kills’ is scattershot and febrile, a confused film in which people spend a lot of time milling around, figuring out what to do next,” writes @szacharek https://t.co/TfPFwpNNf9

“Everything in this movie is a bullet firing out of a gun.” Co-Producer @_RyanTurek talks how fans will be pleased with the callbacks to the 1978 film.

Dave Chappelle’s comments on transgender people and gender in his latest Netflix special, “The Closer,” have led to outside criticism and internal unrest at the company.

“We’ll continue to work with Dave Chappelle in the future,” one executive said. https://t.co/l8LZ3OCHHt

Nintendo’s new Switch OLED model is a big upgrade with a bigger and brighter screen. https://t.co/0V8NCJPUwI

Could you imagine the National outrage if this happened in Philly?

In Knoxville, Vols fans are throwing trash on the field after refs made the right call.

Also… someone brought a full bottle of mustard to a college football game and proceeded to throw it on the field. pic.twitter.com/NcLpOgUauF

Heads up play by Coach

Lane Kiffin walks off the field. Fans booing and throwing items at him. #Vols pic.twitter.com/LmbpMoQZhF

Statement from the SEC Comissioner