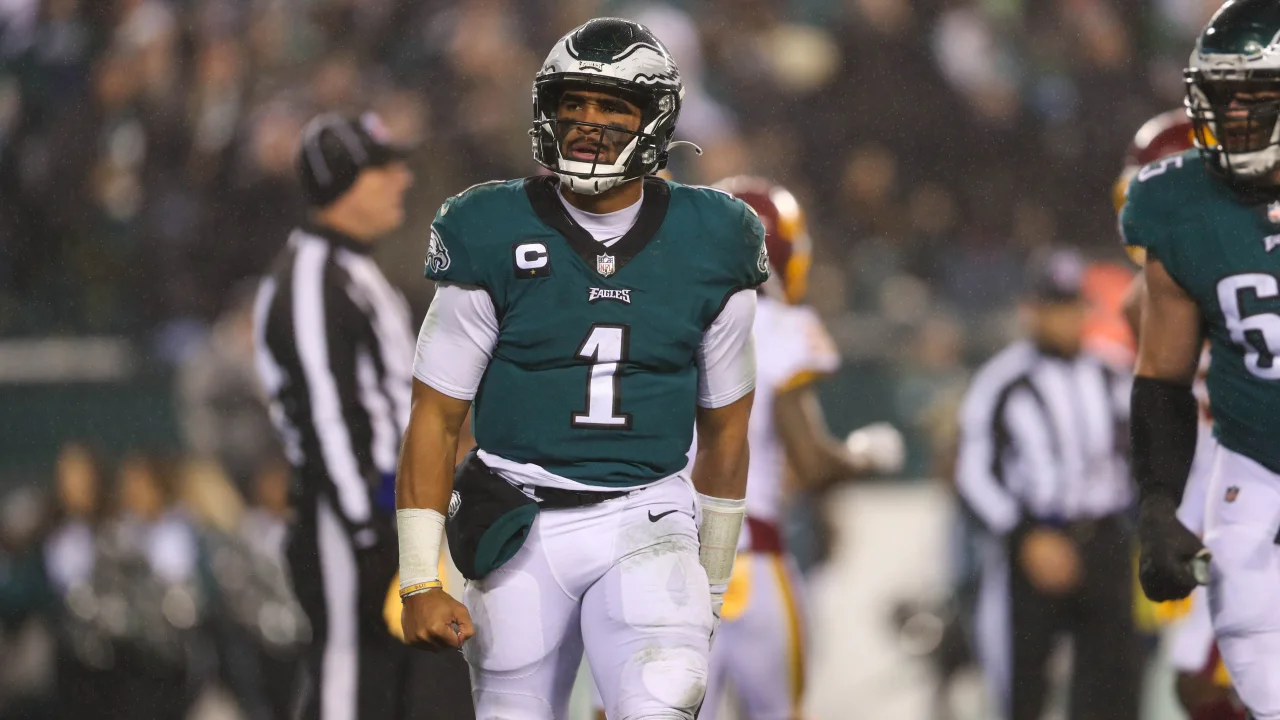 The Philadelphia Eagles started slow, but finished strong to keep pace in the race for the NFC Wild Card spots.

Jalen Hurts returned under center for Nick Sirianni’s offense to total 334 yards and three total touchdowns in a comeback 27-17 win over the Washington Football Team. Miles Sanders also contributed 131 rushing yards for the Eagles, who finished with 236 total yards on the ground to move to 7-7 on the season.

Washington took advantage of a pair of early Eagles turnovers to claim a 10-0 lead in the first quarter. A Hurts interception off of the foot of Dallas Goedert allowed Antonio Gibson to spring Ron Rivera’s bunch in front with a one-yard touchdown run.

The Eagles got it going in the second quarter and eventually would kick things into gear for a lead they wouldn’t relinquish in the second half. Jake Elliott’s 20-yard field goal cut the deficit to 10-3 before Hurts’ one-yard touchdown run before halftime tied the score at 10-10.

Hurts called his own number in the third quarter, pounding home his second touchdown run to spring the Eagles in front 17-10. It was a record-breaking run for Hurts, who passed Michael Vick with his 10th rushing touchdown in a single season for the team.

Washington’s offense sputtered in the second half and the Eagles would extend their lead to 10 points after Elliott chipped home a 37-yard field goal to keep the visitors at bay.

Jaret Patterson’s first-career touchdown run cut the deficit to 20-17 for Washington late in the third quarter, but Philly would ice the win in the fourth as Hurts delivered his best throw of the game. The second-year quarterback connected with Greg Ward in the corner of the end zone, moving the Eagles back in front by 10 points, capping the final score at 27-17.

The Eagles rolled to 519 yards of offense, while holding Washington to only 50 rushing yards on the night and 224 in total.

It’s a quick turnaround for the Eagles who remain at Lincoln Financial Field on Sunday for a home showdown with the New York Giants.