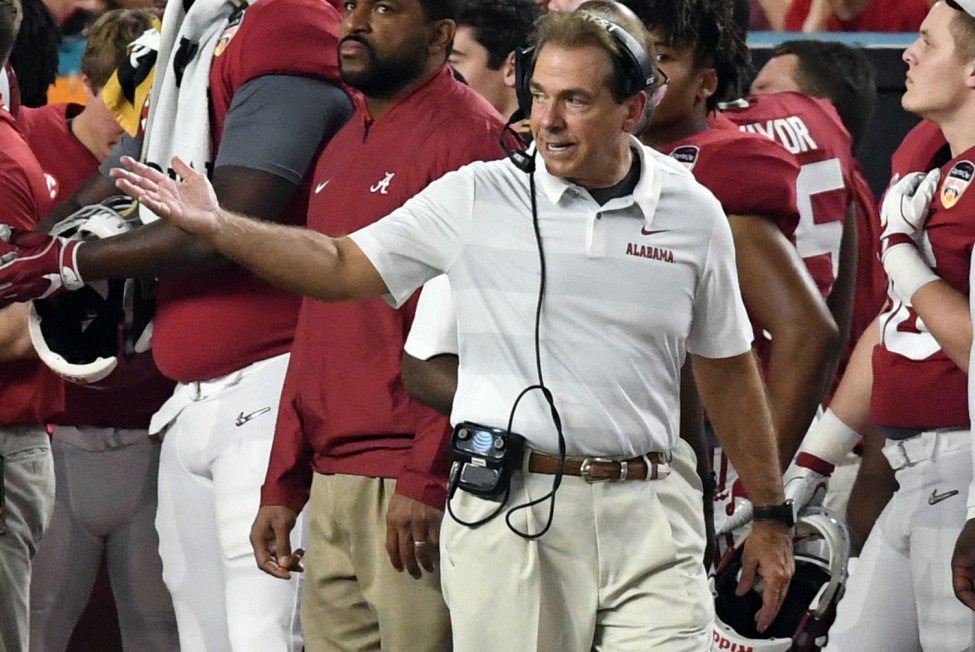 It’s the most magical time of the year!

No, not whatever holiday you celebrate… it’s Bowl Season, baby! It’s where we get to see random match-ups that never occur in the regular season, random trophies that somehow have meaning, the most wild game names in any sport – get ready for the Tony the Tiger Sun Bowl – and lastly, it’s the final time we see some of our favorite college players before they graduate and, for some, move on to the National Football League.

I know it gets some flack, but I’m a fan of Bowl Season. Part of the reason I love it is because it gives us one final opportunity to take advantage of the college football slate, and build up a strong bankroll heading into the new year.

With all that said, let’s get to some of my favorite plays:

Let’s dig in with a bowl I would describe as the definition of “random.” You’re probably as surprised as I am that there isn’t any long-term history between UAB and BYU, but nevertheless, these teams have both found their way to the Independence Bowl in Shreveport, Louisiana. UAB, to me, is a very interesting college program historically. They started in 1991, and then scrapped the football program all together in 2014. Fortunately for Blazers fans, they only missed one full season before returning, and now they have stumbled into a streak of four bowl game appearances in the last five years. The Blazers play in Conference USA, so I don’t want to act like their competition was very fierce, but 8-4 is a decent campaign and they came very close to knocking off UTSA, who were undefeated into late November.

BYU has also had a solid season, going 10-2 with signature wins over teams like Utah (Pac-12 Champions) and USC. That being said, the other eight wins on their calendar are decent, but not overly impressive to me. Furthermore, their defense seems to have holes for allowing big numbers as of late, allowing 38 points to Baylor, 49 points to Virginia, and 31 points to USC all coming in the second half of the season. BYU also was in the running for a New Year’s Six Bowl, but found themselves on the outside looking in just to end up in the Independence Bowl.

This is arguably the biggest bowl game ever for UAB, and it’s a letdown for BYU to be here. Give me the seven points and motivation with the Blazers.

Was there a team that rebounded from the pits of despair better this year than the Clemson Tigers? For my money, I don’t believe so. Since October, the Tigers only lost one game, and that was to eventual conference champion Pittsburgh. The Clemson defense really wasn’t a problem, as Dabo’s squad was solid on that side of the ball all year long. Pre-season Heisman contender DJ Uiagalelei was one of the seasons biggest disappointments, as he finished the regular season with just nine passing TDs and nine interceptions. Still, if you told Clemson fans they would finish the year with three losses after losing two in September, I’m sure most would have signed up for it.

Iowa State was another team with high hopes that just didn’t find it this year as a whole. With upper classmen leadership from Brock Purdy and Breece Hall, expectations were high in Ames, but it just never fully came together. They were in every game, and didn’t have any loss by more than 10 points, but losses to rivals like Iowa and Oklahoma, and then weaker losses against teams like West Virginia and Texas Tech just put a stale feeling on this season for the Cyclones.

While the Big 12 has traditionally been known as an offensive dynamo, several teams have started being more steady on defense. Don’t get lost in this match-up with the more known names on offense, the strength of both sides is on the defensive side of the ball. Therefore, I’m taking under 45.5 in this one.

Take under 45.5. Check out the latest odds here.

A late-night game in Vegas on New Year’s Eve eve… awesome. These two teams really had opposite seasons, but ended up in similar ending places in their respective conferences.

Let’s start with Arizona State. The Sun Devils came out 5-1 to start the year, with their only loss to BYU, who was ranked at the time and finished strong. They had convincing wins over UCLA, Colorado, and Stanford during that stretch. Then around mid-October, ASU hit a bit of a snag. Losses to Utah, Washington State, and Oregon State all came in the second half where they went 3-3 in their final six conference games.

Wisconsin was the polar opposite, starting slow with losses to Penn State, Notre Dame, and Michigan in three of their first four weeks. After that stumbling start, Wisconsin rattled off seven straight wins, many of which were in dominant fashion. Wisconsin’s run game and defense found themselves in the second half of the year, and were great at taking care of business against inferior opponents, with the exception of a Thanksgiving weekend loss to Minnesota to end the year.

These teams have shown their true colors in the second half of the year. Wisconsin takes care of business against the lesser competition, and Arizona State just isn’t that good against average opponents. I think Wisconsin comes out hungry in this one to close the year on a high note, and ASU can’t stop their second half woes.

This year’s College Football Playoff final selection was pretty tame compared to the past, as it seemed very obvious which four teams would make it. That is in large part due to Oklahoma State losing on a last minute play that came up an inch short in the Big 12 Championship game against Baylor. There would have been an argument for the Cowboys to make the playoff [I’m not saying they would have], but it would have caused some debate. But sadly, we’ll never know.

Now, Oklahoma State is in the Fiesta Bowl taking on the Fighting Irish, who haven’t been a slouch this season whatsoever, going 11-1 with their only loss to CFP-bound Cincinnati. Notre Dame had a good season, hell, I’d even say a great season, but I have a few reasons why I like Mike Gundy and OK State here.

First off, who has Notre Dame beaten? Their best wins are against Purdue and Wisconsin, I suppose, neither of which reside in the Top 25 at the moment. They also beat those teams early in the season when they were both struggling, as both of them had stronger finishes then starts. Besides that, ND did a great job of beating up inferior opponents, but are we really going to act impressed that they beat Navy, Virginia, Georgia Tech, and Stanford (who have a combined record of 16-32) over the last month of the season? I’m sure as hell not.

On the other side, Oklahoma State has been a cover machine this season, going 9-1-1 ATS in their last 11 games. They have quality wins over Oklahoma, Baylor (the first time around), and Iowa State, all of whom are better than any team ND beat this season. Not to mention the Fighting Irish have had plenty of drama in the last month with Brian Kelly leaving for LSU only to develop a fake southern accent in less than a month and also show off horrible dance moves in a recruits commitment video.

The Granddaddy of Them All! Utah makes their first Rose Bowl appearance, while Ohio State will be making their 16th appearance in Pasadena. Ohio State was a national championship contender only two weeks ago (at their peak, they were the second favorite, even over Alabama), but my how the Tide as turned. The Buckeyes have two losses this year, both to quality opponents in Oregon and No. 2 Michigan. Outside of those losses, Ohio State did a good job of obliterating everyone else in their path, with all but one of their wins this season coming by double digits, and many times over 25 points.

Utah has had themselves a nice season, with a great second half specifically. The Utes suffered early losses to BYU (currently No. 13) and San Diego State (currently No. 24), as well as a mid-season conference loss to Oregon State. The biggest parts of Utah’s season were its two dominant wins over conference favorite Oregon, where they beat the Ducks 38-7 and 38-10 in the span of a month. Oregon seemed destined to go to the playoffs until they met the Utes, which begs the question: if A (Utah) beats B (Oregon) and B beats C (Ohio State) then does A beat C?

Obviously, time will tell, but my gut feeling right now is no. Ohio State is a much different team than they were back in September, and CJ Stroud was a win away from potentially winning the Heisman. Ohio State has more talent, and the Big 10 beats the Pac-12 as a conference.

You didn’t think I was going to do a post and not pick a semi-final game did you? Come on, I wouldn’t leave you hanging like that.

Cincy finally did it, a non-Power 5 team has made the CFP and has a chance to create an upheaval of the entire system! In the words of the great Lee Corso, “Not so fast my friend.” The Bearcats have a great season, beating everybody in front of them and remain the last undefeated team in college football, but this is the Alabama Crimson Tide they are facing. They did have their signature win against Notre Dame early in the year, but if the last decade has taught us anything, it’s that Notre Dame and Alabama don’t belong on the same field.

Alabama has found themselves at the helm of college football once again. Quite frankly, this has been one of the least impressive Alabama seasons in the past decade, which is extremely difficult to say about a team that has the Heisman winner, is ranked No. 1 heading into the post season, and only had one loss on their otherwise perfect resume. But that’s just how good the Tide have been over the past decade. This season, Nick Saban’s squad had to pull out close wins over weak competition in Florida, LSU, Arkansas, and Auburn. All of those games were decided by a single score and Auburn took the tide to quadruple overtime in the Iron Bowl before Alabama snuck out a two-point victory.

This could lead you into taking Cincinnati with the 13.5 points, as they are certainly better than all of those teams I just listed. But the sad fact is that when Alabama is focused and perhaps even more importantly has a known competent opponent in front of them, they’ve been absolutely dominant. We just saw what they did the Georgia in the SEC title game, winning 41-24 going into the game as 6.5-point underdogs. Giving Saban this much time to prep for an opponent that is simply not as talented spells disaster for Cincy in my mind.

Part of me hopes I’m wrong, but I think this could get ugly.

Happy holidays and happy bowl season to all, let’s go get some winners!