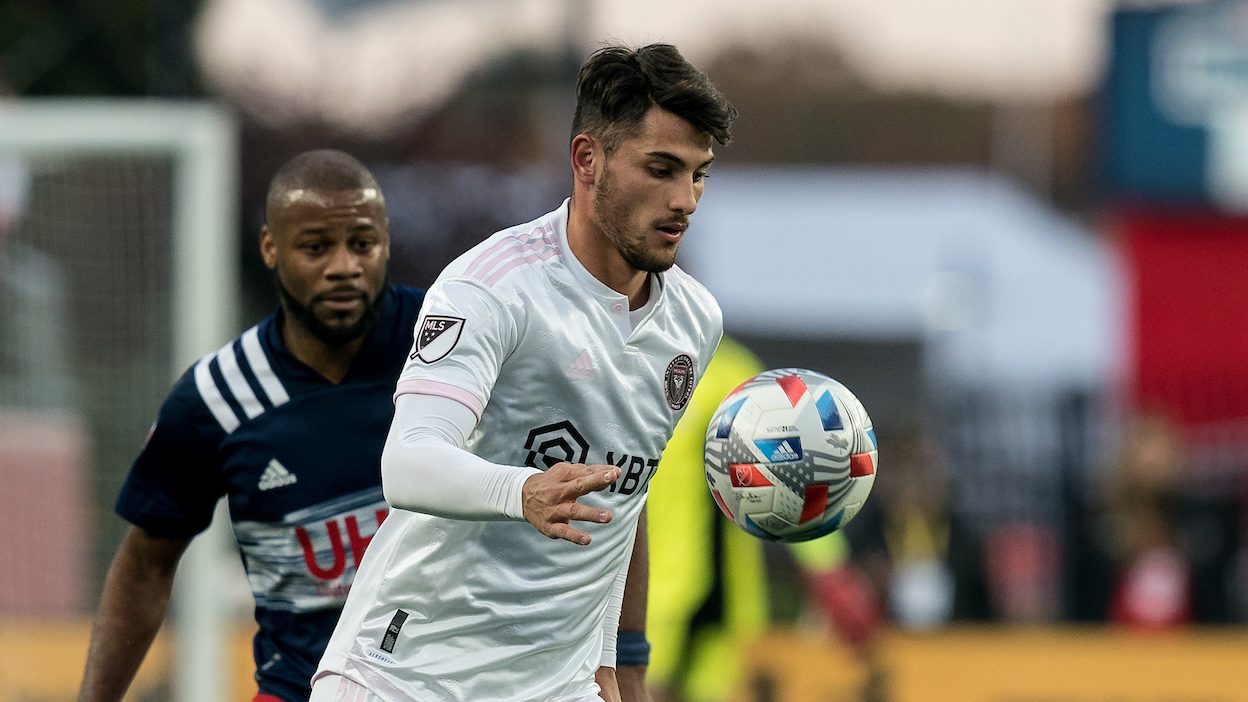 The Philadelphia Union have begun preseason camp this week in Chester as a new MLS season remains right around the corner, but the Eastern Conference contenders could be moving closer to being without their leading striker for good.

Kacper Przybylko remains the main talking point in Union camp so far after being linked with a transfer to fellow Eastern Conference club Chicago Fire. Przybylko would fill a needed void in Chicago, should he leave in the coming weeks, but the Union would also lose one of it’s all-time leading goalscorers.

Przybylko for now remains a part of the Union’s roster, but did not take part in training Thursday, making it more likely he will be out the door soon.

“Kacper was not in training today,” Union head coach Jim Curtin said in a press conference Thursday. “There’s rumors swirling right now. I’m not going to hide from it. A lot of it is factual, we’ll do what’s best for our club at this time. Nothing is official yet. No real exact terms or trades to confirm, but things are certainly in motion.

“In Kacper’s situation, there’s things that can benefit both teams, what the player wants in terms of stability and longevity,” Curtin added. “I think he’s been a real success from where he came from.” 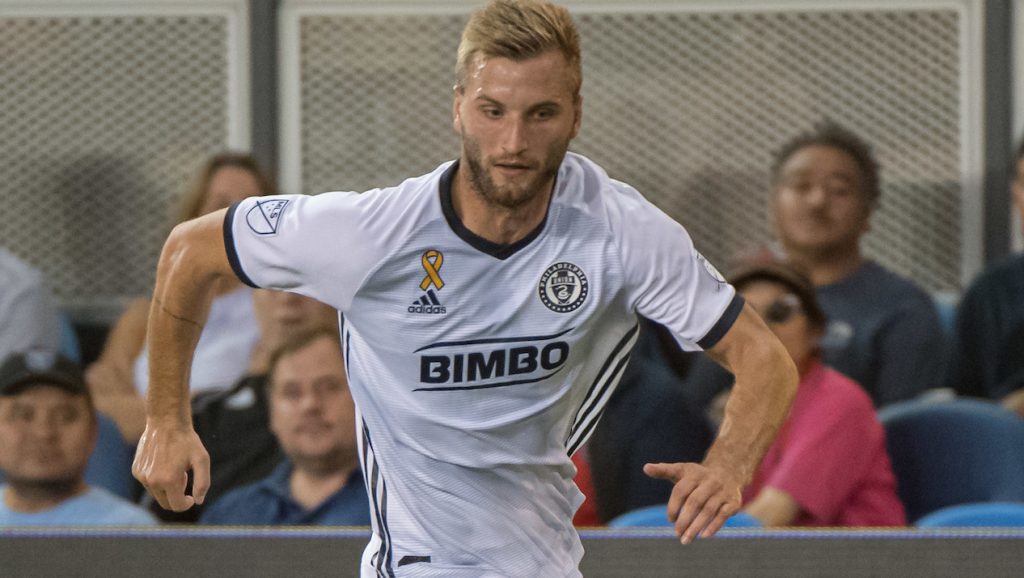 Shoud Przybylko depart the club, it would provide an opportunity for newly-acquired forward Julian Carranza, who the Union added on loan this offseason from Inter Miami. Carranza, a promising Argentine talent, spent his first two MLS seasons with Miami, scoring three goals in 41 appearances in Florida.

The 21-year-old struggled for consistency with Inter Miami during his first two seasons, but the arrivals of more-experienced players such as Gonzalo Higuain and Rodolfo Pizarro didn’t help Carranza’s chances of being a regular starter. Carranza will now look to spark his career in Chester this season and Curtin has already liked what he’s seen from his newest attacking piece.

“Julian joins us with a high pedigree,” Curtin said about the former Banfield academy product. “When Miami made a move for him a couple years back, he had an unfortunate injury and they signed [Gonzalo] Higuain. The playing time and minutes were something that weren’t there for him. You can see his talent, the way he moves in and around the goal, he has natural goal-scoring instincts. He really attacks the ball when there’s service in the box. We’re a team that likes to put the ball in that red zone area. He’s been on the end of a lot of goals in practice.

“Obviously, games are another thing and we want that to carry over into games once we get started against MLS competition,” Curtin added. “I think he’ll only get better in our environment. I think he blended it well with the guys.”

The Union will also have forwards Sergio Santos and Cory Burke as options should Przybylko leave this winter, giving Curtin a mix of power and pace in the attacking third. Santos, 27, has contributed 18 goals and five assists in 69 combined appearances for the Union, but fitness issues have led to the Brazilian being more of a threat off the bench in 2021.

The 30-year-old Burke has also scored 18 goals in his time with the Union, but has tapered off since his sensational 2018 campaign where he netted 10 tallies in 29 appearances. Burke has also dealt with injuries over the past year, but should be ready to go for the season opener on February 26th at Subaru Park.

Curtin admitted the club could still bolster its offensive ranks in the coming weeks, but also remains confident in his current group of attackers, even if Przybylko is transferred to Chicago. 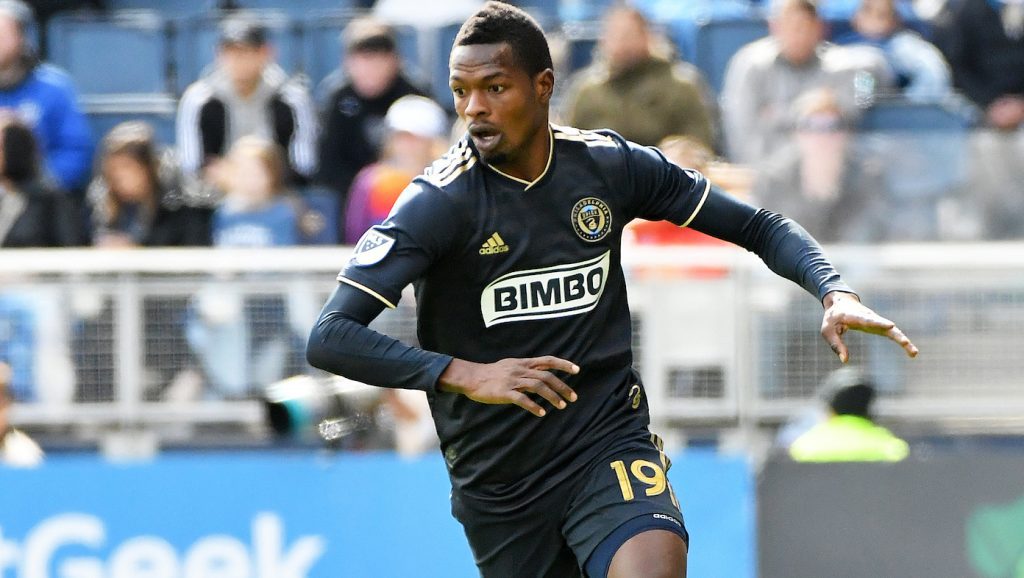 “We have in Cory, a good target,” Curtin said. “In Sergio, you have a slasher that will run in behind and stretch a defense. Carranza brings a little bit of both, he can hold the ball, but his movement is really to get in behind and stretch things. We prefer to play with two strikers up there, that other one will probably be a target type of guy, but also one that scores goals. We’ll continue to look and find a good fit for us.”

The Union will remain in Chester this week before heading to Florida for the continuation of preseason camp in a much, warmer climate.