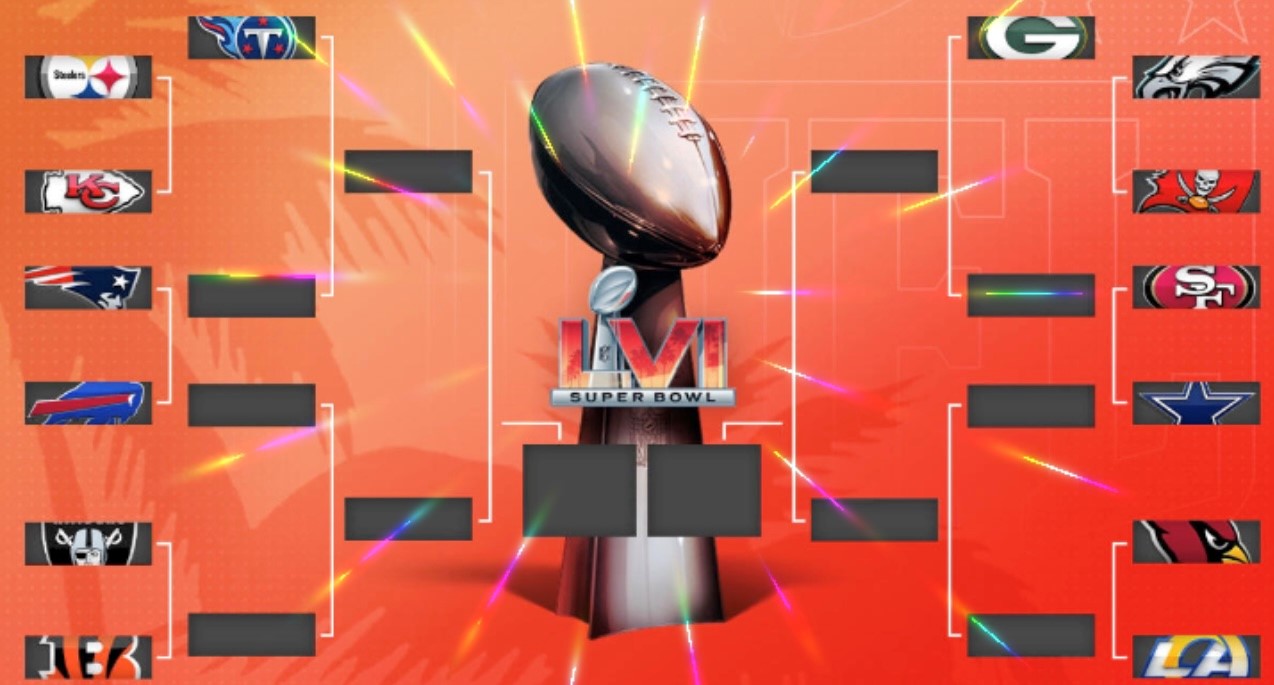 We’re back with a new Brew. The Eagles prepare to do battle with the Bucs on Sunday. Super Wild Card Weekend should be incredible to watch. WWE Raw was in Philadelphia. Speaking of in Philadelphia, Ben Simmons is still here. But, for how long? Let’s get right to it. It’s Brew time!

The Bucs will get some help back this weekend as well

Bucs are expecting to get Leonard Fournette, Shaq Barrett, and Jason Pierre-Paul back for Sunday’s postseason visit from Eagles. https://t.co/YhcUVFMDNH

Would you care if Jonathan Gannon left?

The #Broncos requested an interview with #Eagles DC Jonathan Gannon for their head coaching job, per source.

Gannon, 39, has spent 15 years as an NFL assistant coach and scout. A rising coach who has turned around the playoff-bound Philly D.

Next year’s opponents for the Birds

“This is the type of team that can cause you problems… You’re going home.”@ShannonSharpe on how the 49ers match up against the Cowboys in the Wild Card Round: pic.twitter.com/aL48Bi1cob

Dallas wants a white out against the 49ers

This week, the playoff rivalry between the Cowboys and @49ers continues 🔥

Gotta give credit where credit is due

Congratulations to the Cowboys on their accomplishment this season. Truly impressive pic.twitter.com/R6LNet2DnC

🏈 No. 3 @GeorgiaFootball vs. No. 1 @AlabamaFTBL
Monday | 8p ET | @ESPN pic.twitter.com/xeGjEZBrFT

The Georgia Bulldogs are your National Champs

Watching this on repeat. #GoDawgs pic.twitter.com/lQP2ndVGai

Is the loss on Carson Wentz?

We can’t believe these words actually came from @danorlovsky7 😳⤵️

“This loss is on the shoulders of Carson Wentz.” pic.twitter.com/yBPltMEeW5

This piece of real estate gotta be the most cursed place in the entire NFL pic.twitter.com/IKxGvAdrA4

The NFC East is in mourning

Joe Judge has been relieved of his duties as Giants head coach.

Statement from the Miami Dolphins. pic.twitter.com/Lh1WaAIRY9

The Bears have relieved general manager Ryan Pace and head coach Matt Nagy of their duties.

Would you package Tobias with Ben?

It’s a matter of when the 76ers trade Ben Simmons, but they are reportedly trying to attach Tobias Harris to a deal.https://t.co/Tn97Mrq95C

The jobless are doing well these days

that’s a big ring for a man with no job https://t.co/PVtJmsactU

ESPN story on the 76ers/Klutch Sports meeting on Ben Simmons in Philadelphia: https://t.co/db3Zsx96v9

Par for the course with the Flyers

Dr. Fauci exposes Rand Paul for the rat that he is

Sarah Palin says that AOC and liberals in general are “obsessed with sex” and want to “pound that into the public’s head.” pic.twitter.com/1034l8LcAp

A new US quarter featuring the late Maya Angelou has gone into circulation, the US Mint announced, making the legendary poet and activist the first Black woman ever to appear on the coin https://t.co/9UkOw8MBiB

These people are shameless

.@MaddowBlog: Groups of Republicans in three states signed their names to forged documents, pretended they were real, and sent them to government agencies. https://t.co/sjiPBTjnAp

Hulk says the vaccine doesnt work for him, theyre dropping like flies because of it, brother! pic.twitter.com/aAO0NvIXZe

#BREAKING: Rick Williams has been named anchor of the 11 p.m. newscast, beginning Jan. 12, 2022. Williams will replace the legendary Jim Gardner, who is stepping down from the role in 2022. MORE INFO: https://t.co/4fIlPLoI88 pic.twitter.com/KWCdZerWla

End of an era

End of an era in the great city of Philadelphia: The king, @6abc anchor @Jim_Gardner signs off from Action News at 11 https://t.co/dxJWx0BXQG

NEW: @CBSNews has learned the Red Cross is declaring a national blood crisis for the first time and tomorrow the organization will ask people to donate immediately. pic.twitter.com/o6XpeSPTps

The Philadelphia Federation of Teachers is urging its members to write letters to the mayor and the school board to demand for various resources, from PPE and assistance, to COVID testing.https://t.co/Svzfi0e60A

Bank of America steps up

Bank of America eliminates bounced check fee and cuts overdraft charges. It’s the latest — and biggest — major financial institution to announce that it is ending fees for insufficient funds. https://t.co/ZI1t4tFWfU

Will you be watching?

Step inside the journey of Kanye West, over twenty years in the making.

jeen-Yuhs: A Kanye Trilogy — a once in a lifetime three-week global event — begins February 16 pic.twitter.com/3Ihp6mr7bs

These two deserve each other

Nicki Minaj was removed “without prejudice,” meaning claims can be refiled at any time, while the claims against her husband are still live. https://t.co/2gVwZN346R

.@KatyPerry has released her highly anticipated music video for ‘When I’m Gone’, her collaboration with @Alesso. 🔥

A video of Harrison Ford delivering a speech about climate change has resurfaced, and it’s still just as powerful.https://t.co/3f08FfxujQ

Say it ain’t so, Randy

This heel work is everything

This should be good

THIS FRIDAY! Seth “Freakin” Rollins is back on #SmackDown pic.twitter.com/s8PLvuSvWT

The Yankees have hired Rachel Balkovec as the manager of the @TampaTarpons, their Low-A affiliate.
She’ll become the first female manager in affiliated professional baseball history. https://t.co/F1A9psUEqQ pic.twitter.com/EjQJmIVfmz

What the heck is he wearing?