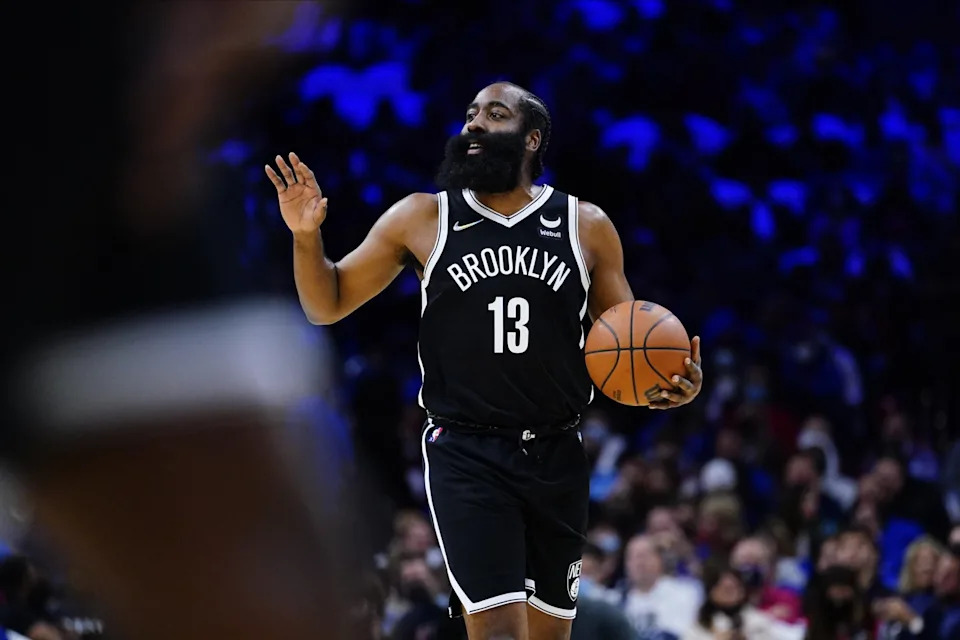 We’re back with a new Brew. The NBA trade deadline is today and teams have already started making moves. Will the Sixers follow? Super Bowl LVI takes place from Hollywood on Sunday. Indoor mask mandates are starting to go bye bye. We have a lot to get to, so let’s do this. It’s Brew time!

A month ago, Philadelphia’s Daryl Morey called Brooklyn on James Harden. Sean Marks refused the conversation. There are three days until the Thursday trade deadline for the Sixers to try again — or wait until the summer. ESPN story with @RamonaShelburne: https://t.co/jCJXc9pLHi

The Pelicans and Blazers make a deal

The Kings and Pacers come to terms on a trade

Indiana and Sacramento have pulled off a blockbuster trade ahead of Thursday’s deadline, confirmed by @davidaldridgedc:

A three-team trade sends Nickeil Alexander-Walker to the Jazz, while Joe Ingles (who’s out for the season) is dealt to Portland. Thoughts? 🤔 pic.twitter.com/jbHuLmTKv9

Russell Wilson to the Eagles?

Is trouble brewing in Arizona?

The NFL is headed to Germany

NFL will play its first regular-season game in Munich in 2022, and four games all together in Germany through 2025. pic.twitter.com/f9Twbu1K2P

The G.O.A.T. might not be officially done just yet … Tom Brady said Monday he could possibly come back to the NFL despite retiring last week. https://t.co/08k1DiQiV3

The Super Bowl is coming to Los Angeles, and with it a laundry list of parties, concerts and “experiences.” https://t.co/NarHWB6TZA

Kanye and Antonio Brown are made for each other

Antonio Brown announces he has taken the position as president of Kanye’s Donda Sports.

Let Bonds in the Hall of Fame then

APNewsBreak: Major League Baseball has stopped testing players for steroids for the first time in nearly 20 years due to the expiration of the sport’s drug agreement.

Trevor Bauer off the hook?

This guy is not funny

Joe Rogan uses the n-word in a “joke” from his stand-up special in 2006 pic.twitter.com/QQ7YJUAG6I

Look how fast Kevin the Cuck runs from questions

I tried to ask @GOPLeader about the RNC’s resolution describing Jan. 6 as “legitimate political discourse”

He told me to make an appointment with his office… insisting it’s “not good” to answer questions in hallways. pic.twitter.com/yaL8opl6Pf

DeSantis continues to be a scumbag

But please tell me more about “her emails”

Marge isn’t the sharpest tool in the shed

Just to clear things up, @RepMTG

Is this the right call?

State of emergency in Ottawa

Ottawa Mayor Jim Watson declared a state of emergency to help deal with an unprecedented 10-day occupation by protesting truckers that has shut down much of the core of the Canadian capital https://t.co/0Zi27pXSck pic.twitter.com/7disH8aMa2

No love for Jim Jones from Gucci

Jim Jones says he and his entourage were ignored for hours by Gucci staff. https://t.co/KlehpISDd4

Cause of death revealed

New details about what led to Bob Saget’s sudden death have been revealed. 💔 https://t.co/P98x1egjrZ

Futurama is coming to Hulu

#Futurama has been revived for a 20-episode run on Hulu. Original creators Matt Groening and David X. Cohen will return along with voice stars Billy West, Katey Sagal and more: https://t.co/Yt2rROrTrb pic.twitter.com/Ft933R4o44

BREAKING: 48 remastered courses are coming to Mario Kart 8 Deluxe as paid DLC starting in March and releasing through the end of 2023. #NintendoDirect pic.twitter.com/P24z42m54E

Another former WWE guy to get lost in the shuffle