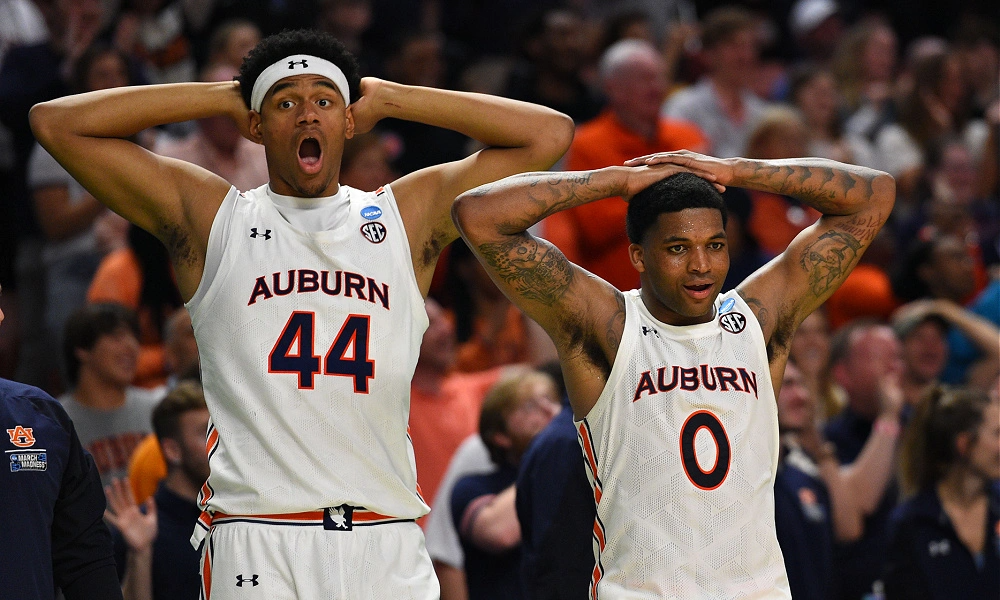 The NCAA Tournament rolls on and the picks don’t stop! Hopefully, your bracket is not completely busted and you followed our first-round plays to make some money (going 3-1 so far). Complete honesty, this board is an interesting one for today, and there are only two plays I really like. So with that, let’s get to those two top plays and keep our winning trend going!

Two of the best coaches of the century will square off one final time. Michigan State has flown under the radar a bit this year. The Big Ten had a ton of teams that we rated as pretty high quality, and nine of them ended up making the tournament. The Spartans got lost a bit in the middle of the pack, but now find themselves in the round of 32 with a chance to end Coach K’s career. And they have been playing some of their best ball as of late, specifically at the books where they are 5-0 ATS leading into this match-up. Over that stretch, they have covered against Purdue and Wisconsin (who are both 3-seeds in the tournament this year), and who I personally think were more deserving of a 2-seed than the Blue Devils.

On the other side, it seems like everything that the Blue Devils are trying to do to celebrate Coach K has gone poorly. They were blown out by rival North Carolina on their home floor, and then lost in the ACC title game to an inferior Virginia Tech team. I have a feeling this might be the third and final piece of the trifecta. Duke has lost five straight games against the spread, and are now laying a big number (6.5) to a team that played in a better conference, which is playing some of their best basketball of the year. Duke has been faltering a bit, and I’m not going to bank on them turning it around here, especially laying that big a number.

While this match-up usually sounds more appealing on the gridiron, this is should be an exciting one on the hardwood. Miami won a thriller against USC on Friday, where they were seemingly in control the whole second half just to let the Trojans back in at the very end to scare all Hurricane bettors. While some could look at that as a sign not to trust the Hurricanes, I’m not going to read into it too much. The Canes are 4-1 ATS in their last five games, and Jim Larrinaga has Miami playing well in March over the last few seasons, going 7-1 ATS in the last eight March match-ups.

Auburn is the more talented team, I’m not going to debate that. Jabari Smith might be the top pick in the draft, and Auburn is a real title-contending threat if he gets hot and carries the team down the stretch. That being said, Auburn is only 4-3 straight up in their last seven games heading into this game, and they are 2-5 ATS over that time frame. Auburn has also showed times where they play down to competition this season, being Georgia and Missouri (worst two teams in the SEC) by a combined three points during a poor stretch this season. This leads me to have some concerns with Auburn’s consistency, and laying a big number like 7.5 against the Hurricanes is a big ask.

Have a great end to opening weekend, and hopefully get some wins along with way!