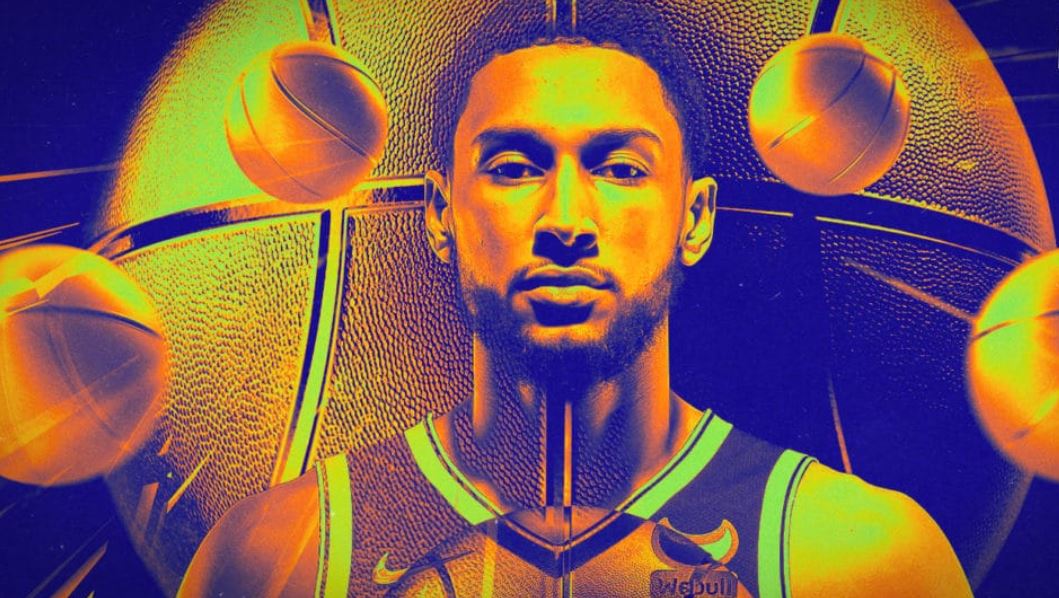 We’re back with a new Brew. Ben Simmons and the Brooklyn Nets come to Philly on tonight, though Simmons will remain in street clothes and not play. What will the reception be for Simmons? Two big trades have made big headlines in the NFL this week. Carson Wentz is returning to the NFC East. We have a lot to get too, so let’s get right to it. It’s Brew time!

In not so surprising news

Ben Simmons will not play in Thursday’s Nets-76ers – but is expected to make the return trip to Philadelphia and join team on bench inside Wells Fargo Center, sources say. More: pic.twitter.com/3orGREnaX8

Ben’s gonna have one of these on the bench Thursday https://t.co/XLB9w1FO7R pic.twitter.com/su7HklKsXd

The hottest ticket in town

You knew it was coming

A grievance from Ben Simmons and his representation is expected to be filed soon, with the reception he encounters at Thursday’s Sixers-Nets game serving as a potential piece of their case to recoup money he lost in fines this season. Story: https://t.co/kT9D1x0P5N

My tribute video for Ben Simmons. Feel free to use it @sixers pic.twitter.com/Y9kkN9Rj17

Grandpa got lost on the court

Get this dude outta here pic.twitter.com/0PeGfkPyvp

Carson Wentz gets traded to Washington

“… the fact that the Colts were willing to move on from him without a viable Plan B in place — not to mention a thin free-agent class and no first-round draft choice — is especially telling.”

More on the Wentz deal

Former #Eagles QB Carson Wentz has been reportedly traded to the Washington Commanders. @lhenry019 has more on the deal here: https://t.co/BmFCeGekYz

Seahawks and Broncos have agreed in principle on a trade sending QB Russell Wilson to Denver. (via @TomPelissero) pic.twitter.com/yOI2EcEOtx

Rodgers and Adams are back with Green Bay

From Monday afternoon: Our full story on #Falcons WR Calvin Ridley receiving a year-long suspension — at least — for gambling on NFL games https://t.co/tTbMJnfujk

Several women who filed criminal complaints against Deshaun Watson have been subpoenaed to appear before a grand jury on Friday, according to their lawyer. The grand jury will decide if criminal charges will be brought against Watson. https://t.co/CMamN737F4

Bobby Wagner released by the Seahawks

Jackson Mahomes was in high demand at the Justin Bieber concert … with fans lining up to take selfies with the NFL superstar’s brother. https://t.co/7PdlcZoXaK

Rob Manfred on cancelling another week of games pic.twitter.com/bGnLMopW3P

Cosby gets away with it…again

JUST IN: US Supreme Court declines to review sexual assault case against Bill Cosby, after his conviction was overturned and he was freed from prison in June. https://t.co/2Zj8etijwi

Middle fingers up to the Proud Boys

NEWS: National Proud Boys leader ENRIQUE TARRIO has been charged along with five other Proud Boys with conspiring to prevent Congress from counting electoral votes on Jan. 6, 2021.https://t.co/5isNArSJpc

Punish all of these liars

Will you be watching?

“I tell my daughters, ‘If rape is inevitable, you should just lay back and enjoy it,’” says Robert Regan, the favorite to represent MI’s 74th district in the state house. pic.twitter.com/3APRLfKxgG

Ghislaine Maxwell guilty verdict could be thrown out after juror testimony. https://t.co/N7BMB83WZR

The week in celebrity photos

Lady Gaga is going on tour

It’s been 25 years since we lost Biggie

25 years ago we lost the greatest rapper of all time… #Biggie #NotoriousBIG #Rap #HipHop #RIP pic.twitter.com/SgJiMMZXLd

Isle of the Dead

Lauren Cohan and Jeffrey Dean Morgan will both reprise their roles

No Game of Thrones spinoff?

‘Game of Thrones’ Co-Creator Has No Desire to Return for Spinoffs: ‘Time to Move On’ https://t.co/DrhkR5gnMy

These are the biggest announcements from Apple’s “Peek Performance” event 🍎 https://t.co/O921U48MbD pic.twitter.com/f5gILm28CV

Jeff Hardy is All Elite

BREAKING: As first reported by @BleacherReport, Vader will be posthumously inducted into the WWE Hall of Fame’s Class of 2022. #WWEHOF https://t.co/TUhbKIzUgQ pic.twitter.com/L3lizCgCcl

The Rattlesnake is Wrestlemania bound