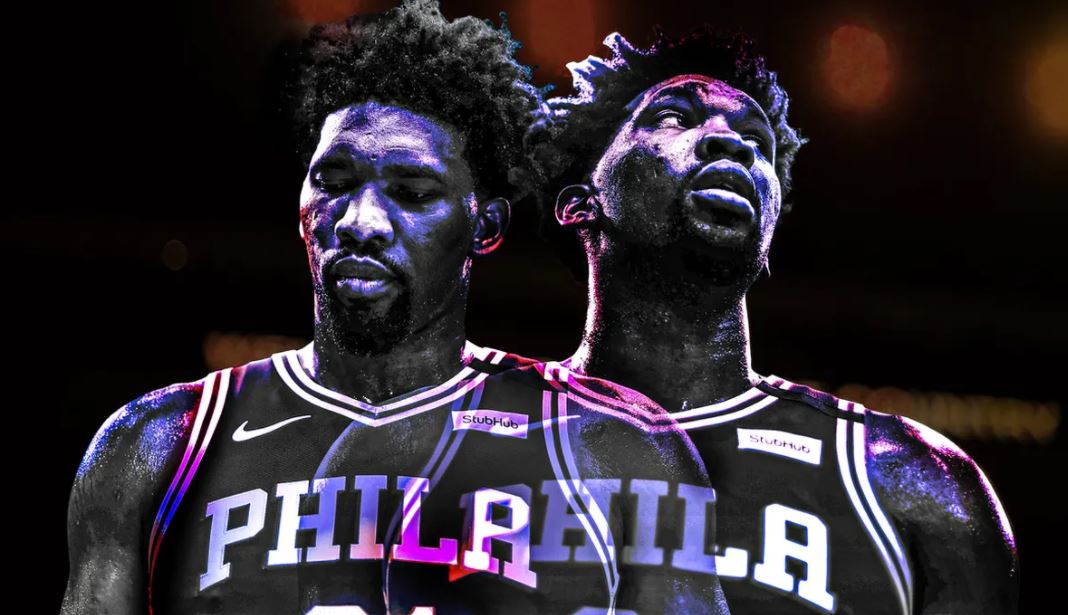 We’re back with a new Brew. There’s great news on the Eagles’ uniform front. Doc Rivers continues to put the 76ers in bad situations down the stretch. The fallout from the slap heard around the world continues. We have a lot to cover in this edition, so let’s do this. It’s Brew time!

Throughout a season of uncertainty for the Sixers, Joel Embiid has been the team’s unshakable anchor, remaining steadfast in his focus on bringing a championship to Philadelphia https://t.co/qEXT1KKoDq pic.twitter.com/A1G779hApO

Really good read @KyleNeubeck. Not so much agree with JH play over result but its the take most of us need to read now. https://t.co/uJ7ZxXmhL4

This is Doc without a doubt

Joel Embiid stopped by “The Late Late Show” studios to get some acting lessons from host James Corden while the Sixers were in Los Angeles last weekhttps://t.co/LNfkWW7xNS

The Kelly Green is finally coming back

The @Eagles’ Kelly Green throwback uniforms are making a comeback in 2023. 🦅 pic.twitter.com/HeklbAp8X8

More on the story…

All you #Eagles fans who pined away for the team to return to Kelly green jerseys, this story is for you “We want our fans to know we’ve listened to you”https://t.co/CwUMT7RYF4

Chairman and CEO Jeffrey Lurie also announces that we will wear a black helmet to match our black uniforms in 2022! pic.twitter.com/AaoQSYvtU2

Excuse me while I barf

Does anyone actually want to see this?

Colts owner Jim Irsay didn’t pull any punches when talking about Carson Wentz for the first time since the trade: https://t.co/KHk6WTkCrE

We are not a serious country

What are they hiding????

BREAKING: CBS News and the Washington Post have obtained White House records turned over to the House, which show a gap in President Donald Trump’s phone logs of seven hours and 37 minutes on January 6. https://t.co/52MSlvy5f9

Lock him up already

“The illegality of the plan was obvious.” https://t.co/ehW2x8krfx

Donald Trump said in a statement today, “I have no idea what a burner phone is, to the best of my knowledge I have never even heard the term.”

Yet in his lawsuit against his @MaryLTrump and the NY Times, he used the term “burner phone” at least 3 times. pic.twitter.com/9527zoFcWD

This guy lies even when he doesn’t have to

They posted video of Trump’s “hole-in-one” at his own golf tournament this weekend (that he “won”). Curiously, we don’t get to see the shot. pic.twitter.com/wncJEgAxFI

Instead of prosecuting Trump, this is what corrupt or compromised Alvin Bragg is doing

Today we returned two antiquities to the people of Libya that were looted from the ancient city of Cyrene. We will not allow Manhattan to be a hub for trafficked antiquities and will continue to crackdown on this illegal activity: https://t.co/i4jb2TPGgt

Madison continues to run his mouth

Facebook is reportedly paying a major GOP consulting firm to turn the public against TikTok. https://t.co/bLucznyDCU

UNCENSORED WILL SMITH FOOTAGE AS SHOWN ON AUSTRALIAN TV pic.twitter.com/NcRfdjWxqe

The fallout from the event continues…

Chris Rock has “declined to file a police report” after Will Smith slapped him during the #Oscars, confirmed the Los Angeles Police Department. https://t.co/SqjPrRoMjf pic.twitter.com/NWFzh4c1wt

Shannon Sharpe Goes Viral For Rant About Whupping Will Smith’s Ass if He Would Have Slapped Him at OSCARS; Sharpe Ponders Why Wasn’t Will Protecting Jada When She Was Entangled in Another Man’s Sheets (Videos-Tweets) https://t.co/BGBbLo3ZcK via @samuelenoku pic.twitter.com/3i80z93d0m

UNBELIEVABLE video of a pileup in Schuylkill County as snow squalls brought visibility on Interstate 81 down to near zero. Video shot live by Mike Moye (Facebook) pic.twitter.com/q1BxgUYz2O

Deleted scene from The Batman

What was the best Wrestlemania stage of all time?

The star that is Becky Lynch

Look at that flexibility!

Trish Stratus looks better than ever

Just posted all my photos and vids from last weekend’s live events! PS the snap of @TheGiantOmos and I may very well be my new fav pic!

Tune in this Friday

Now THIS is a Fatal Four Way!