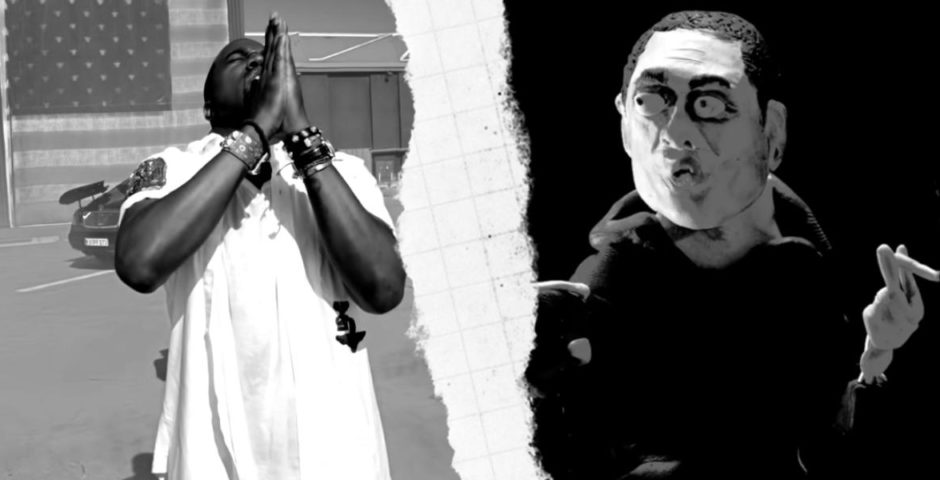 We’re back with a new Brew. Tyrese Maxey is shining bright like a diamond on the 76ers, especially since James Harden came to Philadelphia. Kanye West’s downward spiral continues and his latest stunt is another cry for help. The Tar Heels took down Mike Krzyzewski and the Duke Blue Devils in Coach K’s final home game. Let’s get right to it. It’s Brew time!

This is just incredible photography

Y’all know I had to go up to the catwalk to get the logo shot https://t.co/9CzFoNDst6

As of Friday night

Tyrese Maxey since the Harden trade:

We promise we didn’t make up those shooting percentages. pic.twitter.com/csinSHA9bA

Without James Harden, The Sixers fall to the heat

Harden really took Maxey and Niang out to the club in Miami 💀💀💀 pic.twitter.com/RBkk7uLlay

Philly sports teams show solidarity with the people of Ukraine

We join the other Philadelphia teams in lighting blue & yellow to show our solidarity with the people of Ukraine. pic.twitter.com/YGJ7ke2qXC

Effective immediately, the NFL and NFLPA have suspended all COVID-19 protocols.

Gio on the NFL Network!!

It appears Amari Cooper’s days are done in Dallas

If the Cowboys cut Amari Cooper, he would count $6 million against the salary cap, not $22 million for a team that is projected to be more than $21 million over the cap. A trade with Cooper’s contract is, in the words of one source, “not likely.”https://t.co/iOjlcJIrHI https://t.co/NfcC8f9w5H

Jackson Mahomes: The media is ‘destroying my life’ https://t.co/O0MlcP5LL0 pic.twitter.com/vIsz0NBxM8

The best is definitely yet to come

NEW: the 1/6 committee has officially subpoenaed Kimberly Guilfoyle after she walked out on a voluntary interview.

Guilfoyle is a former Trump campaign aide and the fiancé of Donald Trump Jr.

NEW: Documentary footage shows Roger Stone working behind the scenes to overturn the 2020 election and secure preemptive pardons for himself, Republicans in Congress and the pro-Trump movement after the Jan. 6 riot https://t.co/2bSncbdxsH

The Con Man loves to run his mouth

Was Alvin Bragg threatened, paid off or is he just gutless and plain incompetent?

How the Manhattan D.A.’s criminal investigation into Donald Trump unraveled. “It’s a righteous case that ought to be brought,” prosecutor Carey Dunne told Alvin Bragg, his boss. Bragg disagreed, eliminated one of the gravest legal threats facing Trump.https://t.co/jh10Djk1sL

Boy did child acting do a number on Ricky Schroder

“Unless you’re ready to, I guess, kill us all, you better change your minds because we’re not going to live as slaves.” pic.twitter.com/Qrb4DV93ih

February jobs report is out

YUGE February jobs report from BLS:
• 678,000 jobs added
• Unemployment falls to 3.8% (“all the way back down to just about where we were before the pandemic began” —@ChristineRomans)
• Strong gains across all sectors
• Dec/Jan job revisions upward by 90K+ pic.twitter.com/S4axdecrmm

The Jesus Walks rapper released the black and white visuals for his single Eazy featuring The Game, which has been lifted off his new album Donda 2.

One scene in the dark video features an animation of Saturday Night Live comedian Pete being buried by Kanye. pic.twitter.com/iHqvFCNaaO

Part of the video

#PeteDavidson shared what he thinks about his portrayal in #KanyeWest‘s new “Eazy” music video. https://t.co/b46MWF8H7y

D.L. absolutely hits it out of the park here

Since Pete Davidson, Kanye and Kim are all trending here’s D. L. Hughley breaking down the entire situation perfectly pic.twitter.com/nfrtdpkYlV

Red flags of abuse by Kanye

Globally, we are witnessing the disturbing actions of @kanyewest against @KimKardashian and it is our responsibility to name this abusive behavior. 👏 #KanyeWest pic.twitter.com/k6Zv0oMZaW

I don’t disagree with Gene

The Weeknd is going on tour

Janet Jackson and Nicki Minaj to perform at EssenceFest

K Michelle Investigated For INDECENT Exposure – After She Flashed Crowd During Concert! (Vid)https://t.co/YGYNpcNJiH

The Batman is out in theaters

The truth is out. See #TheBatman, NOW PLAYING, only in theaters. pic.twitter.com/KyWo3RIWOH

Please don’t do this

Jack Harlow has been cast in a reboot of ‘WHITE MEN CAN’T JUMP’, his first acting role.

Calmatic is set to direct with Kenya Barris and Doug Hall writing the script.

I am Legend sequel in the works?

Will Smith is ready to revisit one of his signature roles.

The actor is attached to star in a sequel to #IAmLegend, his celebrated, post-apocalyptic 2007 film, starring alongside Michael B. Jordan https://t.co/BncS9uL6lj pic.twitter.com/64bSeJOp1C

Following the supercell with tornado near Gilman, Iowa just after sunset. #iawx pic.twitter.com/bSwISwQtef

Well this is not good

Breaking News: Russian customs officials said they had detained a star American basketball player after finding hashish oil in her luggage at an airport near Moscow. The Russian news agency TASS has identified the player as Brittney Griner. https://t.co/7rJaQqNyJK

Jake Paul is ever the opportunist

Vinny Mac to induct the Undertaker

The Undertaker’s @WWE Hall of Fame inductor has been revealed… https://t.co/eamrpgwdKN

Vince McMahon’s interview on the Pat McAfee Show has now concluded, and here’s a full recap:https://t.co/WLwanqkqNR

Sasha Banks rockin’ out to some DX

We see you Sasha

“HE’S GOING TO ACKNOWLEDGE ME! ME! ME! ME!”@WWERomanReigns | #SmackDown pic.twitter.com/kggQ7KLJKK