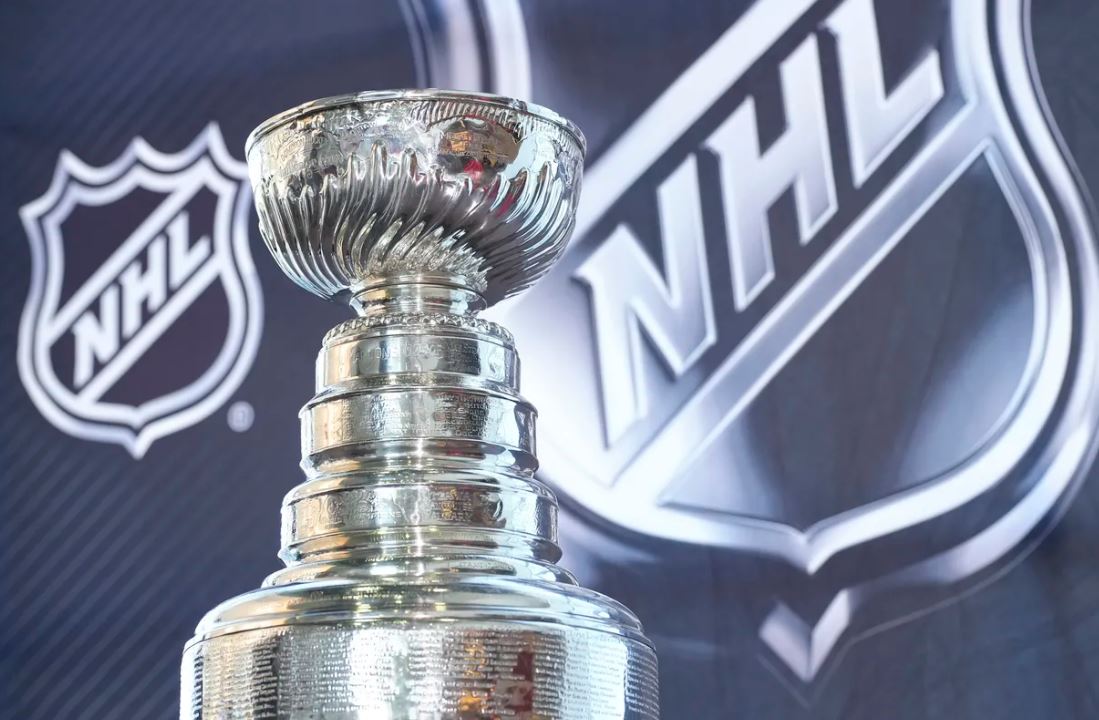 We’re back with an all new Brew. Bryce Harper proved again why he’s a cool dude. Joel Embiid won a participation trophy. Should the Sixers make a play for Zach Lavine? The Bloodline added some more gold to their squad on Friday night. The NHL playoffs have had plenty of fireworks so far. We have a lot to get to, so let’s do this. It’s Brew time!

Bryce Harper is one chill dude

Bryce Harper liked a Phillies fan’s hat, so they switched 😅

Kid doesn’t catch the ball, so Dad runs to Twitter to cry and beg for handouts

Heartbreaking moment for my @MLB superfan 10 yr old son Jack last night @Phillies. He had been calling to @Cody_Bellinger all game & was thrilled when he finally threw a ball to him in the 9th. He was crushed when the ball went over his glove & an adult @dodgers fan grabbed it. pic.twitter.com/mOyvK81ssb

Let’s not do this

Philadelphia City Council passing a resolution naming Embiid MVP is somehow more embarrassing than anything the Sixers have done https://t.co/4OV7GFj9su

Should the Sixers go get Zach Lavine?

*If* the Sixers are serious about maxing someone out and it’s between Beal and LaVine, and the difference is having to include Tyrese Maxey in a Beal trade and not including him in a LaVine trade, the LaVine trade is the better path. https://t.co/TXxTvZhtdn

Nothing can stop us…

“Some people think they’re God. Go dig into how God did his deal”

Jimbo fires back at Nick Saban 😳

The Calgary-Edmonton series is fire!

The Battle of Alberta keeps giving us fireworks, McDavid remains elite and all eyes will be on St. Louis tonight as the NHL playoffs continue. https://t.co/sKet7CzWas #yeg #Oilers #NHL #NHLplayoffs #LetsGoOilers

Big loss for the Blues

St. Louis Blues goaltender Jordan Binnington left Game 3 of their series vs. Colorado with an injury in the first period on Saturday night. https://t.co/Akx8Pupj45

For all the people who called for “understanding” and “compassion” for Madison Cawthorn on Wednesday.

I give you this. I told you this MF is straight evil.

Read this. This is what ⁦@CPAC⁩ is. This is who ⁦@mschlapp⁩ and ⁦@mercedesschlapp⁩ are. He is 2022 Fritz Kuhn. The American media seems determined not to inform the American people about this dangerous extremism and malice against America https://t.co/8VGicngnmm

PA…please do not let this guy be Governor

Footage of GOP nominee for PA Governor Doug Mastriano going inside the barricades to the Capitol on J6. pic.twitter.com/7XJ2PDLWW0

Talk about a conflict of interest

You mean to tell me this never came up at the dinner table at the Thomas home? https://t.co/xVlxKB8wvH

The DeSantis plot to discriminate against black voters is back on

🚨BREAKING: Florida court reinstates congressional map drawn by DeSantis that was previously blocked for discriminating against Black voters. This means DeSantis’ map is in place for future elections while the case is on appeal. https://t.co/Wt8lcmClyj

Speaking in Dallas this afternoon, former President George. W Bush made a significant verbal slip-up while discussing the war in Ukraine.

He tried referencing what he described as the “wholly unjustified and brutal invasion” — but said Iraq, instead of Ukraine. pic.twitter.com/tw0VNJzKmE

The latest, even more transmissible Omicron variant, BA.2.12.1, has exploded across Massachusetts in recent weeks and begun to overtake its predecessor variant in other regions as well.

Here’s what you need to know about the new variant. 🧵https://t.co/XcRVNTKzwx

What to know about tornado watches vs warnings

Bill Maher dives in on a touchy subject

If this spike in trans children is all biological, why is it regional? Either Ohio is shaming them or California is creating them. pic.twitter.com/t3Tx23MOsu

“Out of control” model

Model called ‘out of control’ for fanning thong in air during flight: ‘Zero respect’ https://t.co/Ng8aA803xW pic.twitter.com/8LMTR4fFoJ

Riverdale is coming to an end

Goodbye, #Riverdale. The CW series is coming to an end in Season 7. https://t.co/q45afAusnd

My Type A Party Is A SI Cover Party🖤 pic.twitter.com/cqgQHKnMz3

Apple’s self-driving car is something

Rihanna and A$AP Rocky have welcomed their baby boy! https://t.co/5346DjCVzV

Gisele Bündchen opens up on one of the ‘most traumatizing moments’ of her career https://t.co/v00WBO06tR

Jersey Shore Stars Revolt Against MTV’s Planned Reboot with a New Cast: ‘We Gave Our All’ https://t.co/kiBv4DO5Ck

Kim Kardashian and her cakes are on full display

Stephanie McMahon to take leave of absence from WWE

After decades of working for the WWE, executive Stephanie McMahon intends to take time away from her corporate role. https://t.co/Wg6V1HhTGQ

Andre the Giant would’ve been 76 this past week

A once-in-a-lifetime athlete and an extraordinary friend. Here’s to the incomparable Andre the Giant on what would have been his 76th birthday. pic.twitter.com/CXU61xkaYE

The Usos unify the tag-team titles

Let’s close it out with Paige VanZant