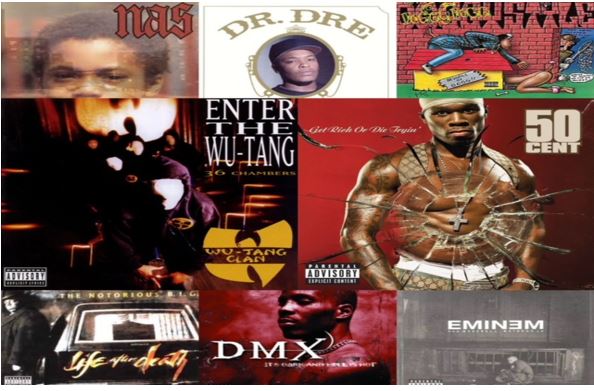 We’re back with an all new Brew. The Phillies are back in business since firing Joe Girardi. The prime-time January 6th hearings are about to air on National TV and people should pay attention to them regardless of what Fox News wants you to think. A major name is set to return to the WWE. Rolling Stone released their top 200 rap albums of all-time. We have so much to get into, so lets do this. It’s Brew time!

Oops they did it again!!!

HOW. ABOUT. THIS. #RingTheBell pic.twitter.com/N3PbHzUTgS

The Phillies are doing the impossible since firing Joe Girardi https://t.co/26T9XGJ0rr pic.twitter.com/ZnDJQfIUI5

EXCLUSIVE: LeBron says he would play for the Warriors over any team that was in the 2022 NBA playoffs.

Stephen A. takes the L

JJ Redick and CJ McCollum vs. Stephen A. Smith. 🍿

Exclusive: The NFL star Deshaun Watson, who has been accused of sexual misconduct during massage appointments, used resources provided by the Houston Texans, including nondisclosure agreements, to make appointments with more women than previously known. https://t.co/uUMPmv7E41 pic.twitter.com/kLHTo8HdrN

Cooper Kupp gets his money

Cooper Kupp and the Rams reached agreement today on a three-year extension that ties him to LA for the next five years, at $110 million, and allows him to assume his rightful place amongst the NFL’s highest-paid WRs, per sources.

“Businesses are being burned down, no problem and then we have a dust-up at the Capitol, nothing burned down and we’re gonna make that a major deal.”@wusa9 #HTTC pic.twitter.com/GcuxOL6XZX

Tampa Bay has new life in the Conference Finals

Fox News will not be airing the primetime Jan. 6 hearings https://t.co/nchXCZaAyC

Fox News ran 1,098 primetime segments on Benghazi from the day of the attack until the committee hearings, which they carried live for more than 7 hours.

Today they announced they won’t cover the hearings on the January 6th insurrection.

The secret plan to steal an election

“Your duties are imperative to ensure the end result — a win in Georgia for President Trump — but will be hampered unless we have complete secrecy and discretion.”https://t.co/c1yNCMHEbw

UPDATE: Kyle Rittenhouse now says he is attending Blinn College this year after Texas A&M said he was not accepted for the summer or fall.

A Blinn spox said he has applied but has not yet enrolled.https://t.co/zrPZBbwK2P

The GOP’s other big lie

Calling bullshit on the GOP claiming to “Back the Blue” https://t.co/bPMFTusSER

**WANTED** The individual pictured is wanted in connection w/ the mass casualty shooting incident that occurred on 6/4/22. He should be considered armed and dangerous. Please call 215-686-TIPS, or 911 with info. 20k reward + 10k reward from @ATFPhiladelphia for arrest conviction pic.twitter.com/YkIzlM0m9E

Actor Matthew McConaughey took center stage at the White House briefing and called on Congress to “reach a higher ground” and pass gun control legislation in honor of the children and teachers killed in the school shooting in his hometown of Uvalde, Texas. https://t.co/Dd5OfmYeQK pic.twitter.com/wbshEfRwNA

Hoagies to Tennessee! Wawa is expanding to Nashville, with one area location by 2025 and plans to open 40 more.
https://t.co/I0li0Bbnoo

The 200 Greatest Hip-Hop Albums of All Time RANKED 🎤.. See where these albums made it on our list ⬇️https://t.co/uEjHPh8MBM

Rolling Stone gunna look me in the eye and tell me this is the 16th best Rap album of ALL TIME??? pic.twitter.com/AWIOJE92yk

Here’s everything you need to know about that Rolling Stone’s Top 200 Rap albums of all time in 2 screenshots. Lol pic.twitter.com/AqGhownSjn

November Rain is a classic

30 years ago today, you might have woken up still thinking about the baroque 9-minute rock opera that is “November Rain.”
@MeredithBlake looks back on the iconic Guns N’ Roses music video. https://t.co/bynhb5Lshz

White people across America will be devastated

Ted Lasso has won the hearts of sports fan everywhere, but it will all come to an end after this upcoming season https://t.co/88AwzjTeI1

Christian McCaffery is a lucky dude

Olivia Culpo is giving a special shoutout to her man on his 26th birthday. https://t.co/VksKpxRmgJ

No Neve Campbell in Scream 6

😱 #Scream6 will be the first film in the horror franchise without Neve Campbell’s Sidney Prescott! Word began to leak on the convention circuit with Campbell, and she says today, “Sadly I won’t be making the next Scream film” https://t.co/qqYfJoZaax pic.twitter.com/P2f3ciELe0

The Good, bad & WTF from the MTV Awards

Carmella doesn’t give a damn what you think…