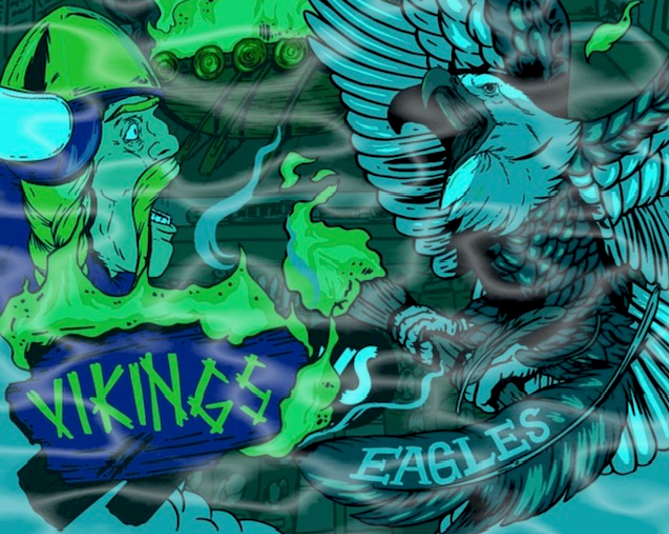 The Eagles vs Vikings on MNF

Respect’s to be earned.@pepsi | #FlyEaglesFly

Former Eagles first-round WR Jalen Reagor makes a quick return to Philly, on Monday night as a member of the Vikings. https://t.co/Z5UmYSY7MZ

Gun violence has rippling effects across physical, social, & mental health for those impacted & beyond. I met with @PennMedicine’s Trauma Team, who are on the front lines caring for victims every day. If we all educate ourselves, we can help those affected, & bring a stop to it. pic.twitter.com/Frb8i7598M

“If I could just say to you, Philadelphia — I’m a fan of Rocky.” Joe Buck swears he doesn’t hate Philly https://t.co/zmIc287v0q

The Broncos are going 0-17, aren’t they?😔pic.twitter.com/amKWql8hoV

This angle of App State’s Hail Mary is amazing 🙌

Manti Te’o finally gets some love

What the hell is going on here?

See what Kansas football does to people!? pic.twitter.com/8FEp8CXh4Q

To my tennis family and beyond,

Thank you both for a rivalry of a generation. pic.twitter.com/TleAtvr1wz

These dudes are f’n nuts

Paige Spiranac calls out men for fat-shaming her on Instagram https://t.co/MhuOWtrbt7 pic.twitter.com/ec9DgmrAiC

I am not shocked

Gisele Bündchen candidly revealed the sacrifices she has made for her husband Tom Brady, who lost two Super Bowls to the New York Giants. https://t.co/04ctjYZM6k

There’s speculation that a merger between NBCUniversal and Warner Bros. Discovery could happen in 2024https://t.co/LQfdxDRwUj pic.twitter.com/D7D0lIy7uy

We are getting closer to the end…

The four year anniversary for Justin and Hailey Biebs

Justin and Hailey Bieber are celebrating four years of marriage.https://t.co/7kWJ5v5Bjx

This is going to be a must watch

Gizelle does it again!!!!

Paul vs Reigns in Saudi Arabia

It’s official. I’m taking on the face of @WWE in Saudi Arabia on November 5 pic.twitter.com/JrSnPHeroj

It’s safe to say @SamiZayn is enjoying this. 👀#SmackDown pic.twitter.com/LXpgaTT4wg