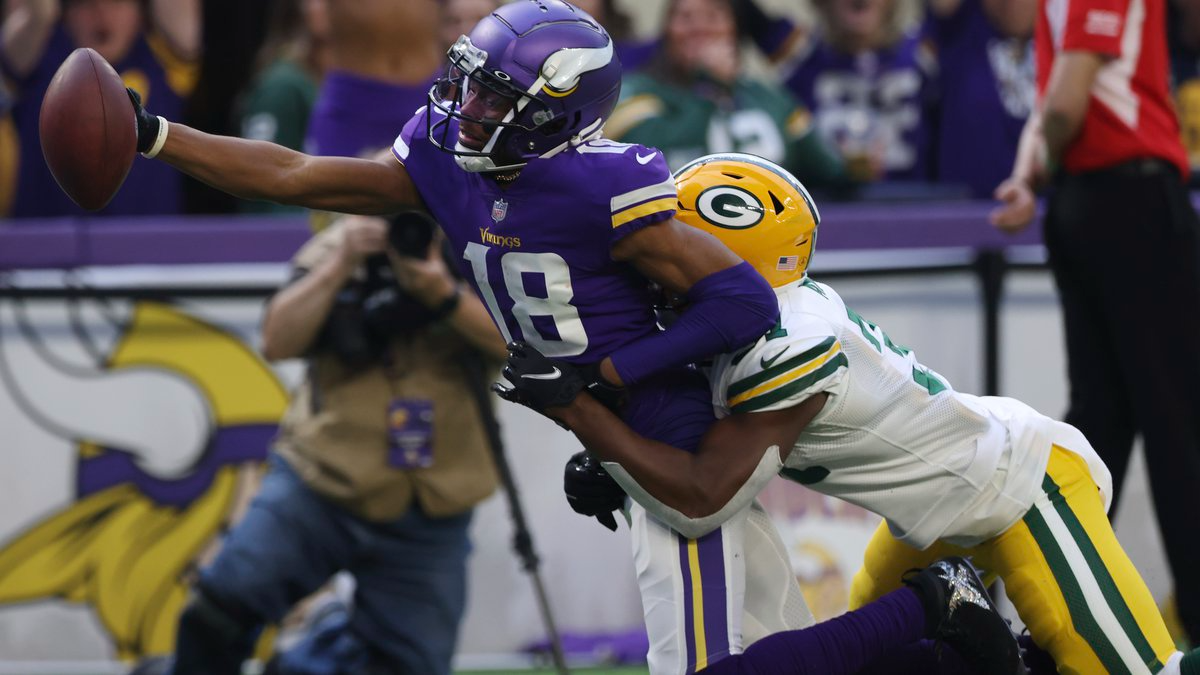 The Philadelphia Eagles will be aiming to improve on the defensive side of the ball this week, but shutting down a dynamic offense like the Minnesota Vikings will surely be a tough task for defensive coordinator Jonathan Gannon and his players to achieve.

Lincoln Financial Field will play host to Monday night’s Week 2 finale as the Eagles host the Vikings in what many media circled as the game of the weekend. The Eagles conceded 35 points to the Detroit Lions in Week 1, walking away with a slim victory at Ford Field ahead of a tougher showdown with Minnesota this week.

Kevin O’Connell’s Vikings shutdown Aaron Rodgers and the Green Bay Packers 23-7 in Week 1, relying on a consistent offensive performance from Kirk Cousins and Dalvin Cook, and an explosive day for wide receiver Justin Jefferson. Jefferson, a third-year wideout from LSU, has become one of the rising talents in the NFL at his position, and could’ve been an Eagle back during the 2020 NFL Draft.

Jefferson totaled 184 yards and two touchdowns in Week 1 and will be high on head coach Nick Sirianni and coordinator Gannon’s radar to slow down on Monday night.

“I can always go back to my first initial reaction to [Minnesota Vikings WR] Justin Jefferson,” Sirianni said. “We were out of the playoffs and it must have been, what — this was — we didn’t make the playoffs in Indy one year and I wanted to watch all the players in the National Championship Game that were playing that night between Alabama and LSU — Am I right there? I wanted to watch all the receivers and quarterbacks that were going to be eligible.

“[and] I remember putting on the tape and going, man, this Justin Jefferson guy is really, really good,” Sirianni added. “Like he’s really quick. He’s got great hands. He runs really good routes. It made the game a little bit more he enjoyable for me. I put the game on, we’re watching the game and I’m watching the game with it and he catches the ball and he puts his foot in the ground quick and you get the zoom up of it on the TV camera and it was like, okay, he’s exactly what I thought. He does have all that quickness. That close-up view really helped me learn that. I’ve always admired his game and respected his game. He poses a lot of problems. He’s a great football player and we have some great football players, too. Yeah, he’s got great game.”

Jefferson will be one of the key focal points of the Vikings offense, but Adam Thielen, Dalvin Cook, and others will also be important to how Kirk Cousins runs the show. Cousins completed 23 of his 32 passes against Greek Bay for 277 yards while Cook rushed for 90 yards on 20 carries. Thielen was held to only 36 yards on three catches, but has been one of the consistent wideouts in the league for the past several seasons.

O’Connell won the Super Bowl with the Los Angeles Rams last season in his sixth-different position as an NFL assistant coach. He earned the Vikings head coaching job and has shown positive trends with his experienced offense, balancing the attack and relying on a veteran like Cousins to make smart decisions with the football.

O’Connell will be a new head coach for Sirianni, Gannon and his players to try and uncover in Monday’s game, but Sirianni admits there will be similarities to how the 37-year-old does things like his job in L.A. in 2021.

“[It’s a] Small sample size, but, yeah,” Sirianni said when asked if O’Connell has a lot of similarities to Rams head coach Sean McVay. “I mean, when you go somewhere else and you’re starting new, of course you’re going to do things the way that you did them when you won a Super Bowl, right? I have a lot of respect for Coach O’Connell. He’s done a really nice job, and I think he’s a really good coach.”

“Explosive,” Gannon said when asked to describe the Vikings offense. “They have some explosive people over there. The quarterback is a really good player, knows where to go with the ball, comes out fast. Obviously, they have some wide outs and a back. I was with a couple of those guys and they’re really good players, so we’re going to have to be on it to give ourselves a chance to win a game on Monday.”