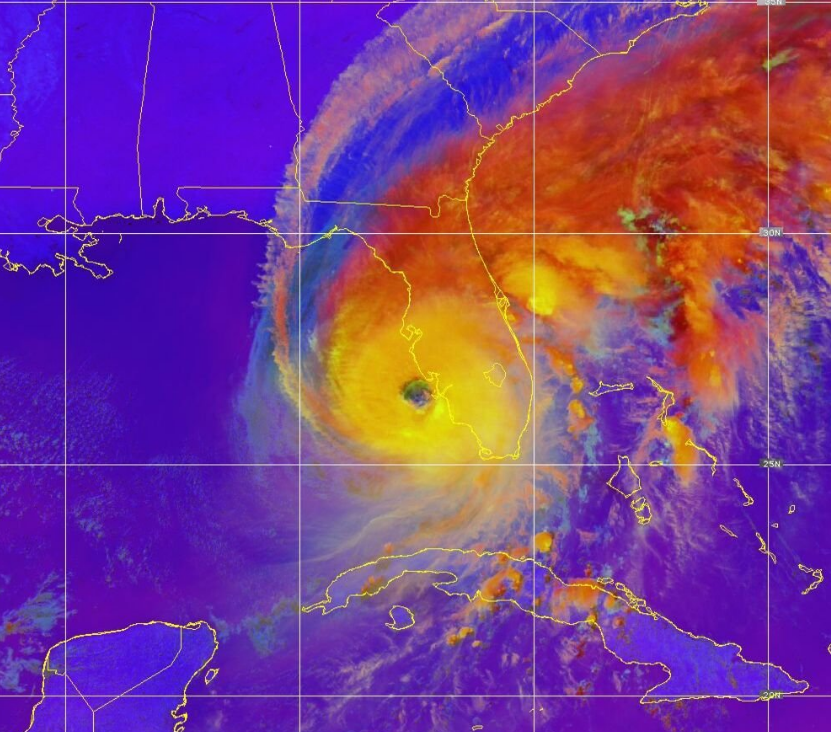 We’re back with an all new Brew. Jalen Hurts and the Philadelphia Eagles are ballin’ out to start the season. Hurricane Ian is wreaking havoc wherever it touches. The final trailer for Halloween Ends has been released. We have a lot to get to, so lets do this! It’s Brew time!

Words from the leader…

Be The Calm In The Storm pic.twitter.com/MQj0WfNUuB

Players in NFL history with at least 900 pass yards and 150 rush yards in their teams first 3 games of a season:

The Birds react to another senseless gun tragedy

Eagles React to Roxborough Shooting: “We have to do better. We have to protect our children.” – A.J. Brown. “Sports are supposed to be a safe haven.” – Lane Johnson https://t.co/iGCUsDiG7q

Coming to @Vegas this February. pic.twitter.com/RdJRsMBK5U

The Bengals will rock these tonight

Even I could be as useless as Golladay

You and Kenny Golladay had the exact same stat line on Monday night: 0 catches for 0 yards.

You got paid nothing. He got paid $700K. pic.twitter.com/yuRM5JznEv

“Can I be the first to ask, how many threes are you going to take this year?”

A new chapter in the Valley

This is a huge problem that NEEDS to be addressed…

Justice Clarence Thomas failed to report nearly $700,000 of his wife’s income, checking a box that said “none” on disclosure forms–according to @CommonCause https://t.co/PinjdBI6Yt

Don’t vote for this guy

Doug Mastriano, the Republican nominee for Pennsylvania governor, said in 2019 that women should be charged with murder if they violated the abortion ban he proposed in the state Legislature. Those remarks were previously unreported. https://t.co/qseBy8Agqt

Just gonna be over here watching John Oliver ether DeSantis for the rest of the day pic.twitter.com/H2HSJtn8Y0

In other DeSantis news…

Jeffery Moore, appointed by Desantis as County Commissioner in July to the only predominantly black county in FL, has resigned after photos surfaced showing him in a Klan outfit. pic.twitter.com/lHdjncihzZ

Virginia students rise up against hate

He’s running. And as the example of Trump and others suggests, if you want to run for office in an authoritarian party, it doesn’t hurt to have your own group of tough guys loyal to you to help out. https://t.co/q5SCch9tGI

Game-changer for North Broad? After years in the works, an official business district looks close to reality https://t.co/HnCfInLBWS pic.twitter.com/vYwLsmpkQA

Things will only get worse

Before touching down in Atlantic Canada, at least five people were found dead in the Caribbean as a result of Hurricane Fiona. Experts say the climate crisis will likely result in more intense storms to come.https://t.co/6NRpzPCZS5

A category 4 monster plows into Florida

New: Clearwater-based marketing company Postcardmania downplayed Hurricane Ian as overhyped and told employees they were expected to keep working through the hurricane, even if that meant bunkering down at the office with their families and pets. https://t.co/zBNqHqc0Sg

The Biden-Harris Administration has pre-positioned equipment, resources, and Federal responders to respond to Hurricane Ian. If you are in the storm’s path, please follow the guidance of local officials. https://t.co/1f4mNlZF6d

Jupiter made its closest approach to Earth in 59 years yesterday, September 26! Be sure to explore interesting facts about Jupiter here: https://t.co/E0uoAzd4Ef pic.twitter.com/RQPHJsdq2p

Brad Pitt, 58, and Emily Ratajkowski, 31, have been ‘seeing each other’ https://t.co/sraiPRr8fn

Demi Rose topless and in a thong

Demi Rose poses topless in a TINY gold thong bikini as she shares snaps from her sizzling sunbathing session in Greece https://t.co/vdmeeeQzpl

Rubi Rose does it again…

The final trailer for Halloween Ends

The End is Near

Jamie Lee Curtis has one more round of full-force fighting in her to bring Laurie Strode to life in #HalloweenEnds. https://t.co/5FRi1YbUee

Larsa Pippen snuggles up with Marcus Jordan at Rolling Loud, and it’s all on video. https://t.co/6Jm5Sw0JAz

Don’t miss out on the action! #RoyalRumble tickets available this Friday!

Sami Zayn is a treasure

A beautiful & historic moment that’ll be remembered for years to come. https://t.co/7vIRlaMoJS