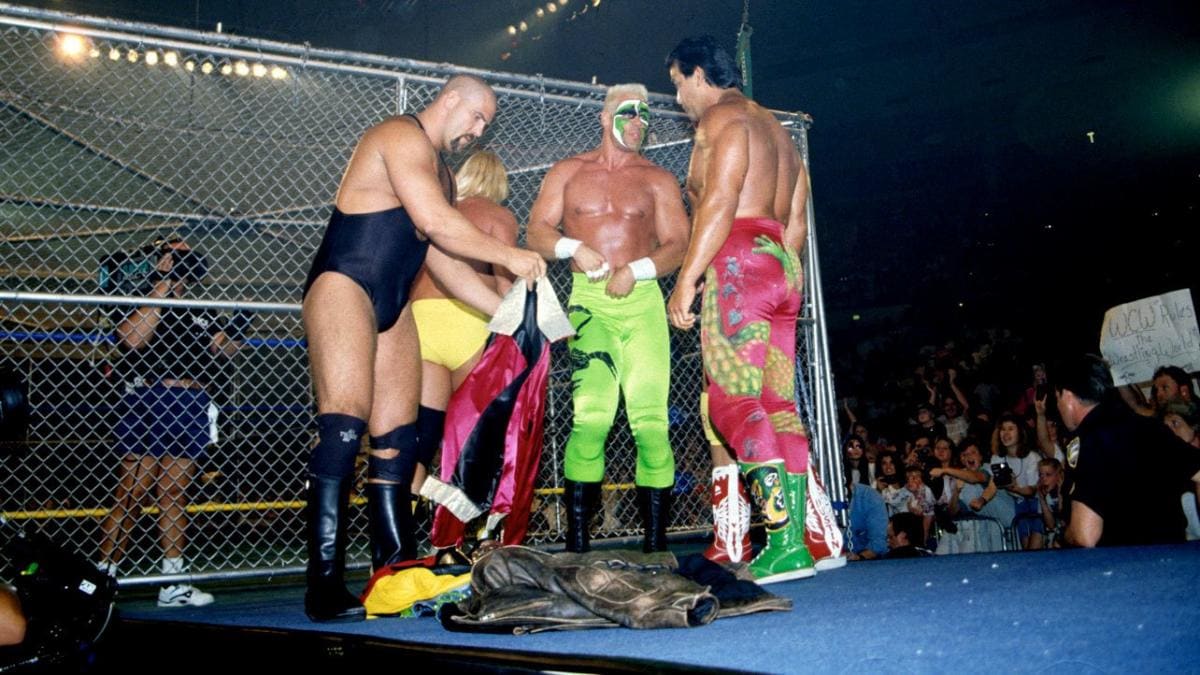 What a ride. We’re back after a very exciting, but ultimately disappointing, Philadelphia Phillies World Series run. As exciting as it was to get to two games away from winning the championship, the Phillies lost in six games to the Houston Astros. This playoff run had us a little busy the last month, but now we’re back with a brand new episode focusing on War Games!

War Games will return to WWE at Survivor Series, so what better time to dive deep into one of the best War Games matches of all time that took place at WCW WrestleWar 1992? It’s Sting’s Squadron vs. the Dangerous Alliance!

We’ve got #WarGames coming up, so @VaughnMJohnson & @_piccone take a deep dive into WCW WrestleWar ‘92 for one of the best WarGames matches ever!

Available wherever you get your podcasts!

We’ve got #WarGames coming up, so @VaughnMJohnson & @_piccone take a deep dive into WCW WrestleWar ‘92 and Pillman vs. Zenk for the WCW Light Heavyweight Title!