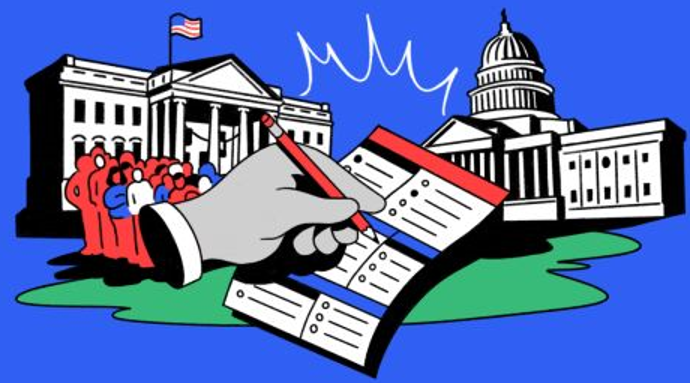 We’re back with an all new Brew. The Phillies offseason will be interesting. John Fetterman sent Dr. Oz packing. Josh Shapiro will be the new Governor of Pennsylvania. We have some WWE news for you. We have a lot to get to, so lets do this! It’s Brew time.

The offseason should be interesting

Trea Turner to the Phillies??

Honored to be recommended by the Citizen, thank you for support!! https://t.co/K0EjWm0pjw via @thephilacitizen

Frank Reich has been fired!!!

Breaking: Frank Reich is out as the head coach of the Indianapolis Colts, sources tell @AdamSchefter. pic.twitter.com/tHRoipNQgv

It is ‘up in the air’ whether Josh Allen will play vs. the Vikings on Sunday. 😮 pic.twitter.com/SsgbAOezTm

Doc Rivers has one of the NBA’s toughest jobs — and shouldn’t be #Sixers’ fall guy https://t.co/TV87nRy6TG via @phillyinquirer

New head coach for the Nets

The Road to the Final Four has begun

COLLEGE BASKETBALL IS BACK! 🙌

Portnoy’s case gets thrown out

PA steps up and gets it right with Josh Shapiro

MAGA Moron Lauren Boebert going down in an upset????

“That would be a monster upset” – @SteveKornacki noting that Lauren Boebert continues to trail challenger Adam Frisch pic.twitter.com/aczFD2vAl6

Time for Georgia to send Walker out of Politics for good

Georgia’s U.S. Senate race is heading to a runoff, with neither major candidate on track to win a majority of votes. https://t.co/BnY7We0SKQ pic.twitter.com/SfASp7vIIT

At the tender age of 25, Maxwell Frost has become the first member of Generation Z to be elected to Congress, after winning Florida’s 10th Congressional District.

Tap here to see more of the history-makers of the 2022 midterm elections 👉 https://t.co/HeqRATaxOd pic.twitter.com/7ATJ8NYpu0

good morning! it’s the day after the midterms, and though results across the board are going to take a little bit longer, here’s where things stand now. a few pieces from @VICENews:

to start – the Republican red wave that wasn’t from @cam_joseph: https://t.co/GYORAMXlOX

Uh oh….cry baby Donnie is not going to like this

“I will tell you things about him that won’t be very flattering.” https://t.co/Vr5ozMcAd3

Republican party shifting away from Trump????

The knives are out

“If 2020 was Dunkirk, and 2022 is North Africa — will 2024 be D-Day? And what do we have to do over the next two years to make our domestic battle against authoritarianism a success?” @BillKristol: https://t.co/8uhZJI5Hoe

Saturday’s Newsday cover: Ex-NYPD Officer Michael Valva was convicted of murdering his son, Thomas, 8, after a jury determined he forced the child to sleep in a freezing garage, failed to summon timely medical help and lied to first responders. https://t.co/jn72OGbItZ pic.twitter.com/oaUvzUPqqM

Breaking News: Meta, the parent company of Facebook, said it was laying off more than 11,000 workers after a steep slide in digital ad revenue and profit. https://t.co/B5k7qIlhED

Larsa Pippen takes a page out of ex-pal Kim Kardashian’s pinup playbook by posing in a nude bikini https://t.co/hMyN3ZrdJK

50 Cent roasts Madonna after she posted a video rapping along to Kendrick Lamar 🥴https://t.co/Ax5HJTIyRb

Celebration of 10 years of Dreams and Nightmares

Drake and 21 Savage sued by Vogue

Drake and 21 Savage have been sued by the publisher of Vogue magazine for using the Vogue name without permission to promote their new album “Her Loss” https://t.co/YBkb97RKD9 pic.twitter.com/fON6ZJPUh2

Who will end the reign???

Triple H reportedly “has an idea” on who is going to end Roman Reigns’ #WWE title reign https://t.co/HCcESvn6BS pic.twitter.com/VvOzHGgQOx

War Games is going to be fun to watch

WWE snapped when they designed this poster 😮‍💨🥵

Steve Austin was reportedly ‘elated’ after his match against Kevin Owens at #WrestleMania and doesn’t want to stop just yet.#WWE pic.twitter.com/F7ptKh3rAj