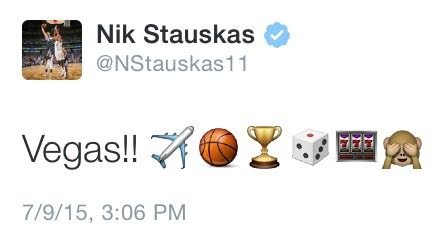 The only thing better than watching Jahlil Okafor in the the NBA summer league would be watching Okafor and Nik Stauskas on the same court together. That may be what’s about to occur.

Stauskas sent out the above Tweet moments ago, conveniently when the Sixers are set to head to Vegas to finish out their summer league schedule. Giggity.

The Sixers nor the Kings have officially announced the trade. I’m not sure anyone cares, though.