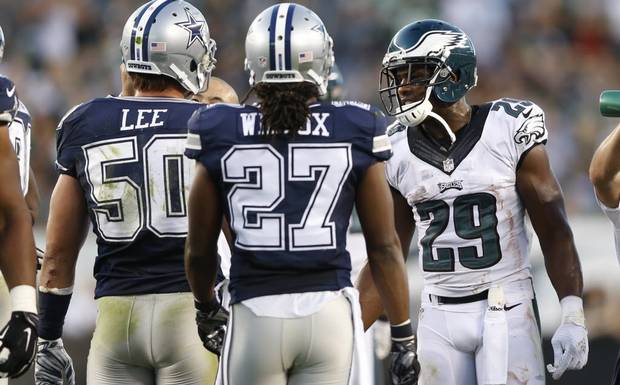 An absolute joke. That pretty much sums up yesterday’s performance by the Eagles. Although their defense actually showed up to play, the offense was reported missing. Well at least that’s how it appeared considering they did a whole lot of nothing against the Dallas Cowboys in their 20-10 loss.

There was no way in hell anyone was expecting the Eagles’ offense led by head coach Chip Kelly to look like this through the first two games of the season. What was once an uptempo, exciting offense to watch has turned into a boring, stale ineffective slop fest. Long gone is the creativity that Kelly was known for, the Eagles are running the same plays over and over again and nothing is working.

But just how bad was the Eagles’ offense against the Cowboys? They gained a whopping 21 yards on offense in the entire first half, that’s unheard of. That was Philadelphia’s lowest total in a first half since 1994, according to ESPN Stats & Info on Twitter. I was just two years old then…two!

For the second week in a row, the Eagles did absolutely nothing on offense in the first half. They came out of the gate and fell flat on their faces. But just as they did against the Atlanta Falcons, they would figure it out in the second half…right, right!? Wrong, the second half was just as disappointing.

The scary part is that it’s hard to identify what the main problem is that’s holding back Philadelphia’s offense. Sure the offensive line has struggled, but it’s not just the two new starting guards. Jason Kelce and Jason Peters have both made their fair share of mistakes as well. So it’s hard to put all of the blame on the offensive line, although that’s what Kelly seemed to do in his press conference following yesterday’s game.

There was only one bright spot for the Eagles’ offense that I could find throughout yesterday’s game and that was the passion that DeMarco Murray played with. Sure, his stat-line doesn’t stand out at all but he was the only player that seemed to really care that the team was struggling. While Kelly and Sam Bradford act like emotionless robots, Murray was wearing his heart on his sleeve. He was caught by cameras demanding the ball on the sidelines and then went out and made the play of the day.

In case you missed this yesterday: pic.twitter.com/mfbTRAbbdp

While the Eagles’ offense failed to show up, the defense showed up in a big way. They made play after play and held the Cowboys’ offense to just 6 points in the first half and 20 points for the entire game. If you told me the Eagles would hold any team to 20 points in a game coming into the season, I would have thought that would be an easy win. Since Kelly was hired as the head coach in Philadelphia, the Eagles have scored less than 20 points in a game just five times including yesterday’s game.

But somehow, someway the Eagles’ offense struggled mightily once again and the team will have to get things figured out quickly. Their schedule doesn’t get any easier as they’ll head to MetLife Stadium to take on the New York Jets for their next game. If the Eagles failed to get anything going on offense against a banged up Cowboys’ defense, good luck against that Jets’ defense.

That’s all for my Eagles vs. Cowboys recap, be sure to check back here at PhillyInfluencer.com for all of the latest news regarding your beloved Birds and everything else happening in Philadelphia!