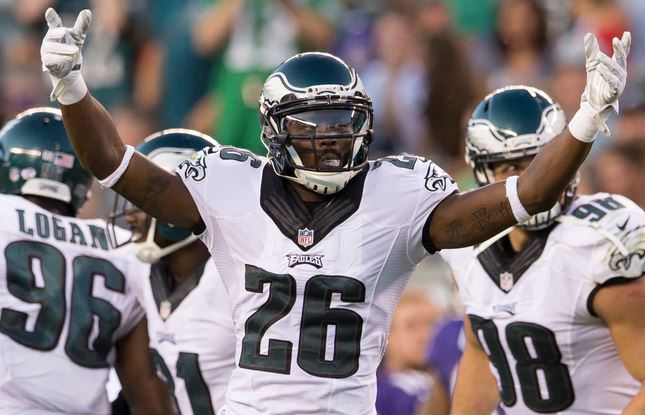 For the many, and I mean many, stories of Chip Kelly being a bad guy who lost his locker room a long time ago, there have been a couple that have painted Chip in a positive light. Walter Thurmond is a player that didn’t really have an issue with how Chip coaches, or even how he was in the NovaCare Complex. In fact, he implied some of his teammates may be just too sensitive.

He brought in his guys and the people that fit his scheme. There’s definitely talent on this team. We run a 3-4. The next guy that comes in might run a 4-3. You have some guys that might be able to transition to that scheme. I think coach (Pat) Shurmur and the other coaches did a great job preparing us mentally this week to play for one another. They got us focused and ready for this game. We had to play for one another that was the biggest thing.”

“Chip saw something in me and I’m grateful for the chance, for him allowing me to bring back my career with the injuries I had and staying healthy for a whole season at a new position,” Thurmond said. “He allowed me to thrive. It’s with every situation. You’re going to deal with some guys who like the head coach and some guys who don’t like the head coach. I don’t think it was Chip’s inability to be able to coach. He’s over .500 in three seasons in the NFL. This was a case of the owner wanting a different direction for this team.

“Personally, I enjoyed Chip. I thought Chip was a great coach. He said hello to me in the halls (of the NovaCare Complex) and times he would walk past and not say anything. That’s just human nature. You can’t be too sensitive. Maybe he had something on his mind. I walked past people in the halls and not said anything, either. People take things out of context where they think things may be directly aimed at them. There is talent on this team. I’m going to free agency after this year, and I would love to come back here. But I also understand the needs that have to be addressed on this team and they have only so much money.”

Thurmond was quite a find this season, and had a pretty solid season all things considered. But, he was here on a one-year deal. Thurmond says he “would love to be here” and there’s a “great team in this locker room.” He also noted that there “is a lot of money out there that has to be addressed” before himself, which is a remarkably honest approach to becoming a free agent. Thurmond remained healthy virtually all year, so I think the Eagles would benefit from retaining him on maybe a two-year deal.

By then, one would hope the new coach can find his new cornerback of the future.