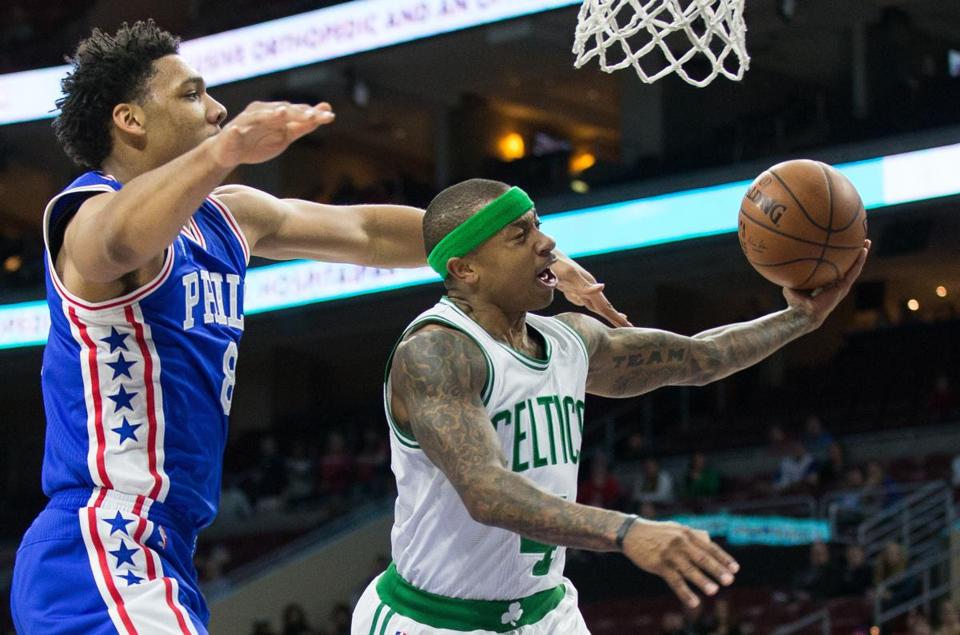 The Sixers were able to pull off a relatively minor trade at the NBA trade deadline on Thursday. However, news has recently surfaced of a potential blockbuster deal that was reportedly discussed involving Jahlil Okafor.

I think we all were pretty much resigned to the fact that the Sixers wouldn’t make any big moves at the deadline, and adding Joel Anthony was about as big a move as the Sixers would do. Well, it almost wasn’t. In fact, there was a huge move waiting in the wings to be made.

Pro Basketball Talk is reporting that Celtics president of basketball operations Danny Ainge discussed on 98.5 The Sports Hub a deal that was very close to being done. The Celtics apparently were willing to make the deal, but the other team wasn’t quite ready to pull the trigger on the deal. It turns out that the other team was Philadelphia. Here’s what Ainge had to say:

We were very close. One story I can probably share with you is – I can’t tell you the team or the name – but it was very close. It was something we had been deliberating on for two days straight. The other team was doing that. And we were wrapping ourselves around a big package to do a deal. And at the very last minute, they just said they did not want to do it. They just backed out. So, it was a deal that was talked about, thought about. And that was probably the closest that we came. We were willing to do one deal, and it just didn’t happen. Both teams weren’t ready to go. And it was a really, tough close deal. And it was certainly not a no-brainer. There was risk on both sides’ part. But at the end of the day, both teams were not ready to do it.”

Here’s the actual interview courtesy of 98.5 The Sports Hub.

Ainge didn’t mention any names for tampering reasons, however Steve Bulpett of the Boston Herald stated that the deal that was reportedly being discussed involved Jahlil Okafor and the Sixers.

Here’s what Bulpett had to say:

While a league source has indicated the late target Ainge has referred to in radio interviews was Philadelphia’s Jahlil Okafor, Ainge has turned silent on the matter. In any case, we do know the deal was dead on Wednesday and that the other club pulled the plug. The locals left the porch light on, but nothing returned to life.”

Kaufman also said that Ainge told him that the potential deal could be revisited later after the season.

Ainge: "They just decided to keep their guy, finish out the season as best they could & revisit it later." #Celtics https://t.co/jQ1QJan2r6

This is huge. As I’ve stated before, the Sixers future depends on what transpires with Joel Embiid. If he comes back healthy next season, perhaps Okafor will be the odd big man out on this roster.