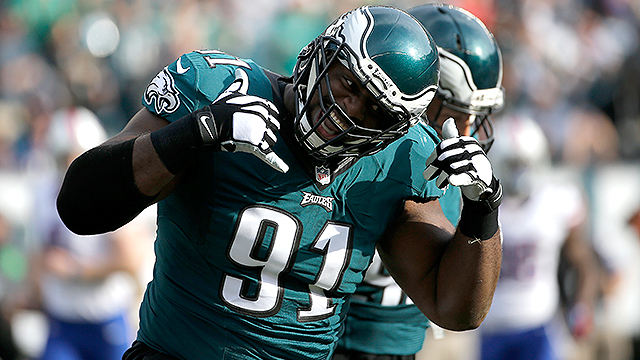 A lot of Eagles content gets published each day, so here’s a recap of your Eagles news from this past week.

I don’t know where these Fletcher Cox rumors came from.

So you’re telling me that the Philadelphia Eagles might possibly move up to No. 1 by including Cox in a package with the Tennessee Titans?

I was all for potentially making a move for Marcus Mariota last year until I heard Cox’s name being thrown around. And now this.

I doubt he’s going anywhere, they don’t even need to offer him in a potential offer. I wish I could mute all the Cox rumors on Twitter, I’ve had enough!

On to the links:

In the rumor and speculation mill, Peter King said that the Titans are “50-50” about trading the No. 1 pick, Lance Zierlein stated that head coach Doug Pederson “loves” Carson Wentz and the Eagles are going to do all they can to get him, Adam Schefter speculated on what Philadelphia would have to give up to move up to No. 1 and Jason La Confora believes that the Eagles might trade back in the first round.

Philadelphia is allowed to have 30 pre-draft visits and will host a a fair share of quarterbacks, including the consensus top two in Wentz and California’s Jared Goff this coming week. They will also have Ohio State running back Ezekiel Elliott visiting the NovaCare Complex so let’s cue up that debate again.

Greg Cosell made another bold statements this week. Earlier this offseason he compared Rodney McLeod to Earl Thomas and he followed that up this past week by saying that Wentz is better than Jameis Winston and Mariota. I like Wentz a lot, probably more than most, but I’m not seeing it Greg. Then again, the man probably knows 10 times more about football than I do.

Guard/center Stefen Wisniewski signed a one-year deal with the Birds. He will be in a training camp battle for the starting left guard spot and don’t be surprised if he takes over for Jason Kelce at center at some point this season.

The Eagles announced their 2016 preseason schedule and they will play the New York Jets in the final exhibition game for a 16th straight year.

See which two Eagles didn’t attend voluntarily workouts this past week. Spoiler alert, Cox was one of them and I don’t want anyone to think too much of it. It’s not really a big deal.