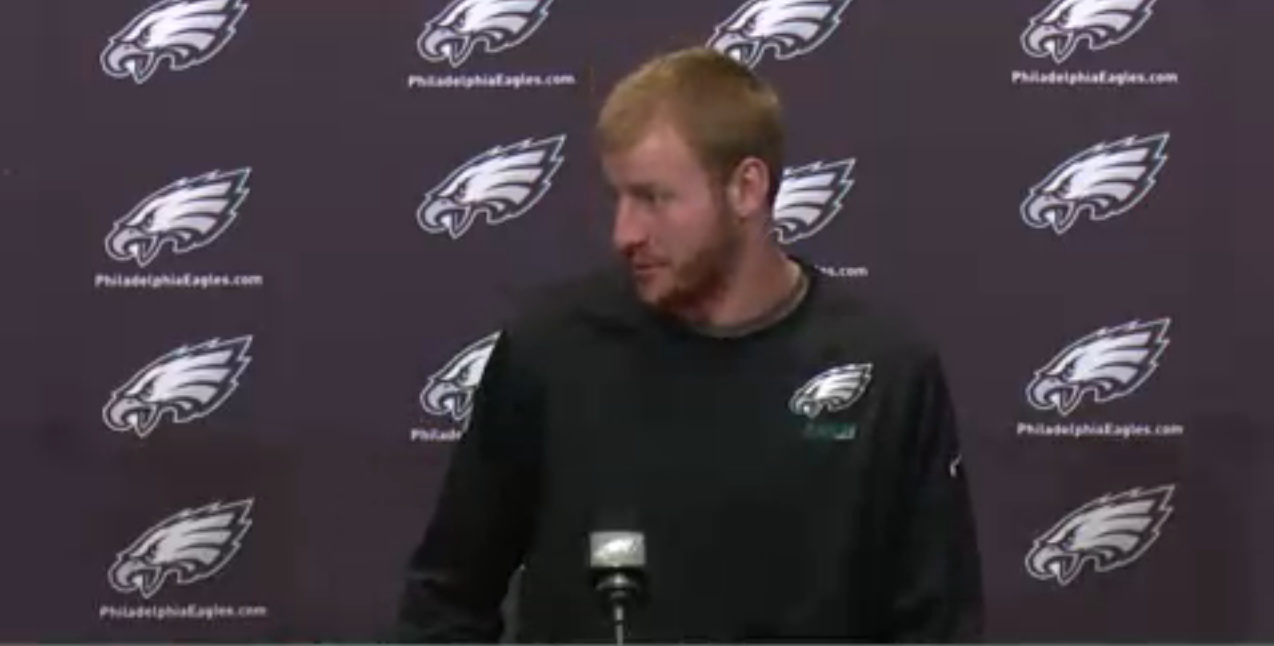 If you listened to the Sam Bradford and Carson Wentz press conferences Tuesday, you’d think that Bradford, Wentz and Chase Daniel are the best of pals.

And hell, maybe they are.

“They’re great dudes,” Bradford said. “We have a really good room. Having Chase in the room I think for me and Carson both has been great just because he’s been in this system … He understands some of the smaller details. When we watch tape, he’s able to point out things.”

And about Wentz specifically?

“He’s been great. He’s a great kid and really talented. It’s been fun working with him, trying to help him, just trying to share bits of information I’ve picked up along the way,” Bradford said.

Wentz echoed some of Bradford’s sentiments.

“So far it’s been great. Working with Sam, working with Chase, we’ve got an awesome quarterback room. A lot of really good discussions, about the playbook, about life. Nothing but great things to say about both of those guys,” he said.

Wentz has also learned how to play the media game as well, dodging a question about offensive coordinator Frank Reich’s comments to WIP last week about Bradford not being the clear-cut starting quarterback.

Wentz continued, saying “the relationship we have with us three is huge. We’re not out there to get each other, we’re out there to make the team better. Not only does that lift the team, it makes us individually better, being able to work together and not have to worry and stress about that other stuff.”

Wentz also talked about what his rookie experience has been like so far.

And what has been the biggest difference between the FCS and NFL level?

When Bradford looked back at his rookie year, he admitted that it was a blur.

“The more you’re out there, the more reps I get in it, the more comfortable I feel with it,” Bradford said. “There are a lot more plays, a lot more concepts in right now compared to this time last year. Last year it was very repetitive in practice, you’d see the same plays so you’d run those plays multiple time, where as this year,  we’ve got a big playbook. You might get one rep of a play all week and that’s it.”

Bradford will be under center more in Doug Pederson’s offense than he was last year in Chip Kelly’s and opened up about it.

Wentz gave his thoughts on the offense as well and how it’s different than the one he was in at North Dakota State.

Check out the press conference below.