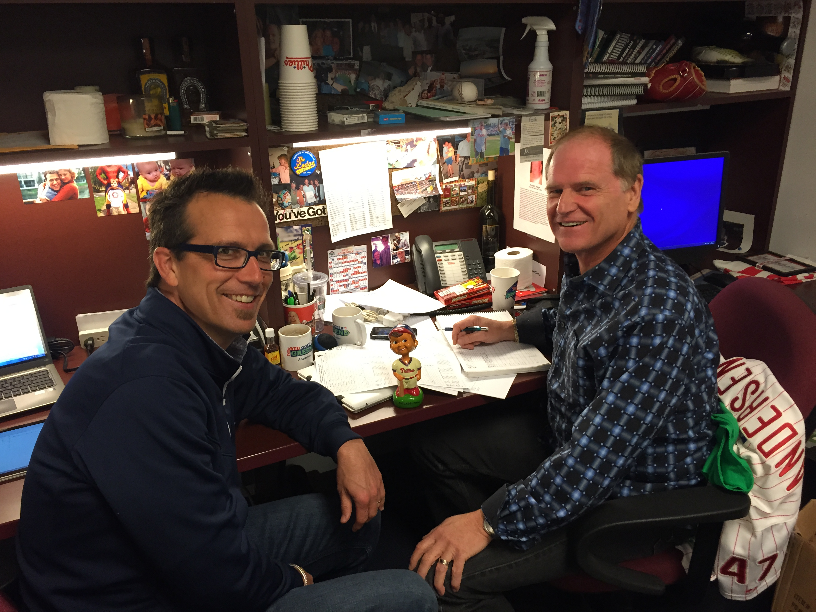 During last night’s loss to the Nationals, Scott Franzke and Larry Andersen were talking about what they were going to wear on Retro Night on Friday when Andersen gave us this gem:

After Scott and LA finished discussing what they were going to wear for Retro Night (and after Scott pointed out how wearing funny outfits always works great on the radio) Larry started reminiscing about his time with the AA Williamsport Tomahawks, which were, in his words, “one of the worst teams I ever played on”.

Besides their 48-91 record, Larry was talking about the day he was pitching in a tie game and there was a runner heading for third base. The ball was thrown to third, but the fielder tripped backwards over the bag and the ball went into the dugout, allowing the runner to score and win the game. Then he brought up the time a player disappeared for 3 days to “live in the mountains and get his head right”. LOL

Anyway, I just thought I’d share that as an excuse to say how much I love listening to these guys. No matter how good/bad the Phillies are on the field, they still have one of the best broadcast teams in the game.

I can’t help but wonder if Larry was the one who went to live in the mountains.

And this is yet another reason why Franzke and L.A. are awesome.