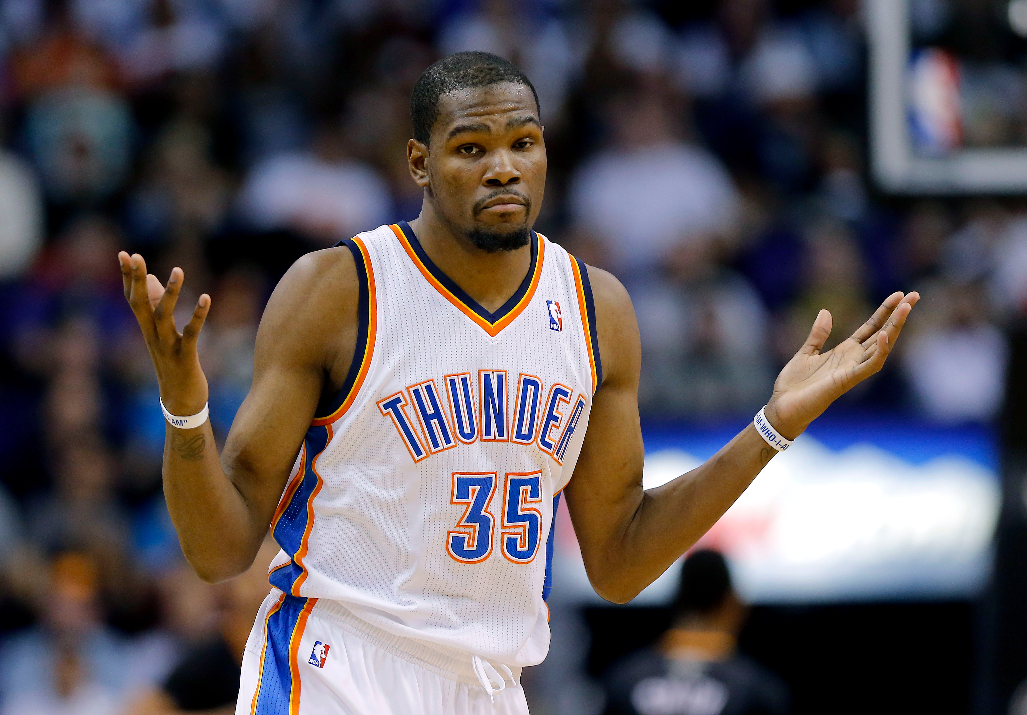 Yesterday, we highlighted Joel Embiid’s Tweet aimed at recruiting Kevin Durant to the Sixers. After all, one of the biggest free agents to hit the market this summer, should he decide not to re-sign with the Oklahoma City Thunder, would be quite a coup for new Sixers general manager Bryan Colangelo. I don’t see it happening, nor does anyone else.

But what if the Sixers were at the front of Durant’s list? The Sixers haven’t been at the front of anyone’s list for years, so it’s no surprise that we haven’t heard much regarding any interest from impending free agents to come to Philly. But if Durant could be lured by a healthy Embiid, and either Jahlil Okafor or Nerlens Noel, why wouldn’t Colangelo try his hardest to sign him?

It all seems like a pipe dream, though. The Sixers have the first overall pick in this year’s NBA Draft, and are reportedly leaning heavily towards Ben Simmons as their pick. Many don’t blame them. Some think taking Brandon Ingram over Simmons is the smarter choice, but nobody thinks the Sixers will do that. Will drafting Simmons have any effect in Durant’s impending free agency decision?

According to ESPN’s Marc Stein, ” target=”_blank”>probably not. There are a list of teams that have publicly stated their desire to land Durant, but the Sixers aren’t one of them.

There’s a lot for Durant’s many hopeful suitors to overcome.

Wizards, Celtics, Heat, Knicks, Lakers, Clippers, Rockets, Spurs and, yes, Warriors … that’s merely where the list of teams known to be actively seeking the chance to court KD face-to-face stands. Aggressive teams like the Raptors and Blazers will presumably try their luck, too. And there will surely be others we don’t see yet.

As one member of the fallen visitors’ inner circle noted after Durant’s fourth-quarter surge couldn’t quite deny the Warriors in Game 7: It’s far easier to make a list of the teams that won’t have the requisite cap space and ambition to try their luck in a month, thanks to the forthcoming Crazy Cap Spike of 2016, than a list of teams that do.

No Sixers on that list. Of course, that doesn’t mean that they aren’t inquiring about him. Publicly, not so much.

Stein also says there’s a chance Durant re-signs with the Thunder on a short-term deal that will allow him to become a free agent after one or two more seasons. That’s probably the most likely scenario, I would imagine. But, hey, it’s fun to dream.