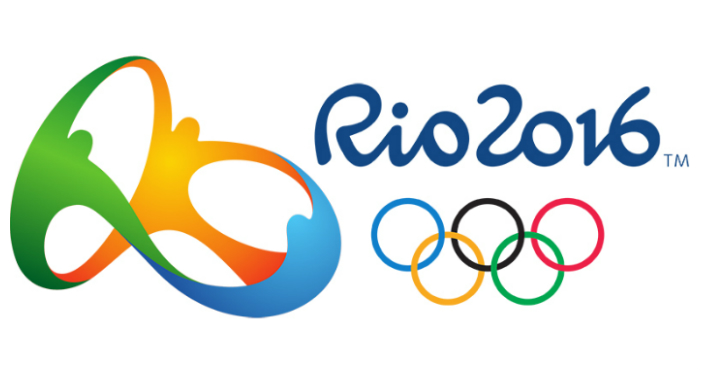 There have been many concerns recently about the Zika virus, especially in Rio de Janeiro, where the 2016 Summer Olympics are set to take place in August.

Last Friday, over 100 scientists signed a letter to the World Health Organization to cancel, move or delay the 2016 Summer Olympics in Rio de Janeiro due to the health risk the Zika virus poses to everyone. This wouldn’t be an unprecedented move – the Olympics have been canceled three times before and when there’s a public health risk, any event should be moved or canceled.

But this year, the Olympic Games should be either canceled or moved to another location due to the impending threat the Zika virus has on the athletes and spectators, who could carry the disease back with them to their respective native homelands. It’s not a joke. It never was a joke. And scientists are urging the World Health Organization to take action.

Here is the letter in its entirety:

We are writing to express our concern about the upcoming Olympic and Paralympic Games in Rio de Janeiro. WHO’s declaration of Zika as a “Public Health Emergency of International Concern,” coupled with new scientific findings that underscore the seriousness of that problem, call for the Rio 2016 Games to be postponed and/or moved to another location—but not cancelled—in the name of public health.

We make this call despite the widespread fatalism that the Rio 2016 Games are inevitable or “too big to fail”. History teaches this is wrong: the 1916, 1940, and 1944 Olympic Games were not just postponed or moved, but cancelled. Other sporting events were moved because of disease, as Major League Baseball did for Zika, and the Africa Cup of Nations did for Ebola. FIFA moved the 2003 Women’s World Cup from China to the USA because of the SARS epidemic, based on the advice from university-based experts, as many of us are.

Currently, many athletes, delegations, and journalists are struggling with the decision of whether to participate in the Rio 2016 Games. We agree with the U.S. Centers for Disease Control recommendation that workers should “Consider delaying travel to areas with active Zika virus transmission”.2 If that advice were followed uniformly, no athlete would have to choose between risking disease and participating in a competition that many have trained for their whole lives.

But our greater concern is for global health. The Brazilian strain of Zika virus harms health in ways that science has not observed before. An unnecessary risk is posed when 500,000 foreign tourists from all countries attend the Games, potentially acquire that strain, and return home to places where it can become endemic. Should that happen to poor, as-yet unaffected places (e.g., most of South Asia and Africa) the suffering can be great. It is unethical to run the risk, just for Games that could proceed anyway, if postponed and/or moved.

In our view, several new scientific findings require WHO to reconsider its advice on the 2016 Olympic and Paralympic Games. For example:

1. That the Brazilian viral strain causes microcephaly3 and probably Guillain-Barré syndrome4. Further, because human5, animal6 and in vitro studies7 demonstrate that the virus is neurotrophic and causes cell death, it is biologically plausible that there are other as yet undiscovered neurological injuries, as exist for similar viruses (e.g. dengue).8

2. That while Zika’s risk to any single individual is low, the risk to a population is undeniably high. Currently, Brazil’s government reports 120,000 probable Zika cases,9 and 1,300 confirmed cases of microcephaly (with another 3,300 under investigation)10, which is above the historical level of microcephaly.11

3. That Rio de Janeiro is highly affected by Zika. Brazil’s government reports Rio de Janeiro state has the second-highest number of probable Zika cases in the country (32,000) and the fourth-highest incidence rate (195 per 100,000), demonstrating active transmission.8

4. That despite Rio’s new mosquito-killing program, the transmission of mosquito-borne disease has gone up rather than down. While Zika is a new epidemic and lacks historical data, using dengue fever as a proxy, cases in Rio from January thru April 2016 are up 320% and 1150% over the same periods in 2015 and 2014, respectively.12 In the specific neighborhood of the Olympic Park (Barra da Tijuca) there have been more dengue cases in just the first quarter of 2016 than in all of 2015.11

5. That Rio’s health system is so severely weakened as to make a last-minute push against Zika impossible. Recently Rio’s state government declared a health sector emergency,13 and Rio’s city government cut funding against mosquito-borne disease by 20%.14 While the virus is the infectious agent of Zika, its real cause is Rio’s poor social conditions and sanitation—factors that lack a quick fix, and that are not helped when shrinking health resources are diverted to the Games.

6. That it is possible to eradicate the Aedes aegypti mosquito, which transmits Zika, from Rio. Actually that mosquito was totally eradicated from Brazil in the 1950s, but came back after control efforts lapsed.15 Thus holding the Games, in the presence of Zika-carrying mosquitoes, is a choice and not necessary.

7. That one cannot count on nature for defence. While lower mosquito activity during Rio’s winter months reduces the individual risk to travelers of infection, that is partly offset when travelers who became infected return home during the northern hemisphere’s summer months and peak mosquito activity, which increases the public health risk that local mosquitos acquire and spread the virus—meaning that both seasons are relevant to the epidemic’s course.16 Also, infection can spread through blood donations and transfusions, particularly in poor countries that lack screening for Zika.17

In sum, the evidence shows: (i) that Brazil’s Zika virus strain has more serious medical consequences than previously known, (ii) that Rio de Janeiro is one of the most affected parts of Brazil, and (iii) that Rio’s mosquito-killing efforts are not meeting expectations, but rather mosquito-borne disease is up this year. It is therefore imperative that WHO conduct a fresh, evidence-based assessment of Zika and the Games, and its recommendations for travelers.

Because Zika is a new emergency, its many uncertainties—of travel flows during the Games, of epidemiology, and of entomology—currently make it impossible for mathematical models to predict the epidemic’s course accurately. Therefore, for now, any decision about Zika and the Games has to be more qualitative than quantitative. If one considers the following options:

(b) Holding the Games in Rio at a later date after Zika is controlled, and;

(c) Holding the Games at Zika-free sites having Olympic-standard facilities.

It is indisputable that option (a) of holding the Games as scheduled has a greater risk of accelerating the spread of the Brazilian viral strain than the alternatives. Postponing and/or moving the Games also mitigates other risks brought on by historic turbulence in Brazil’s economy, governance, and society at large—which are not isolated problems, but context that makes the Zika problem all but impossible to solve with the Games fast approaching.

We are concerned that WHO is rejecting these alternatives because of a conflict of interest. Specifically, WHO entered into an official partnership with the International Olympic Committee, in a Memorandum of Understanding that remains secret.18 There is no good reason for WHO not to disclose this Memorandum of Understanding, as is standard practice for conflicts of interest. Not doing so casts doubt on WHO’s neutrality, for reasons described further in the Appendix.

WHO must revisit the question of Zika and postponing and/or moving the Games. Similar to what FIFA did for SARS and the Women’s World Cup, we recommend that WHO convene an independent group to advise it and the IOC in a transparent, evidence-based process in which science, public health, and the spirit of sport come first. Given the public health and ethical consequences, not doing so is irresponsible.

Is it terrible for the Olympics to be canceled for the athletes who have qualified to compete in them? Sure. Would they find solace in knowing they can’t compete because the host city and country find a health risk to the public? Yeah, probably.