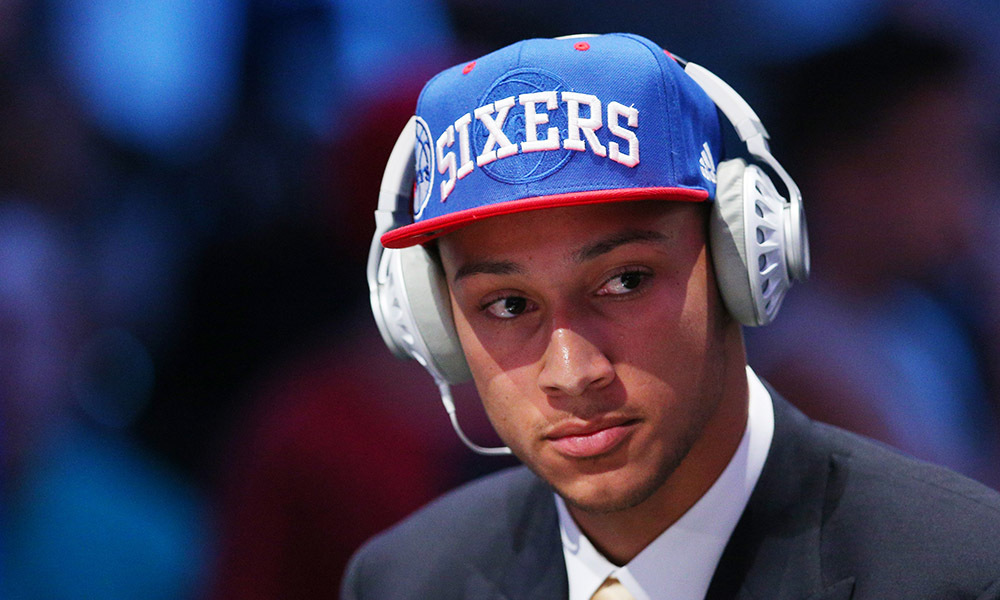 Ben Simmons wasn’t out of the womb yet when the Philadelphia 76ers took Allen Iverson No. 1 overall 20 years ago in the 1996 NBA Draft, but the 6’10 Australian still idolized him growing up.

“I had the Iverson poster in my room, had the cornrows and the headband and all of that when I was young. When I grew to 6’10 I couldn’t do that anymore,” he said on the 97.5 Morning Show today with Anthony Gargano.

Simmons talked about Iverson, his game and a lot more during the interview.

Sixers head coach Brett Brown has known Simmons for most of his life, coaching his dad and holding him when he was a baby.

“I think it’s meant to be, honestly,” Simmons said of re-uniting with Brown. “It worked out perfectly. I feel very comfortable going into a situation where I already know coach. He’s a good person. We have that connection on and off the court, which is special.”

Simmons credits his dad for the unique skill set he possesses.

“Growing up my dad putting the ball in my hand and making me dribble has molded my game into what it is today,” he said. “I think my skill set is very different than what a lot of players have brought lately.”

There were many reports stating that Simmons wouldn’t work out for anybody in the weeks leading up to the draft, but decided to do one for the Sixers Tuesday.

“The workout was good. I went down there for a few hours, got a workout in and met a few people. I think it was good to get down there and speak to everybody,” he said.

Simmons was also shocked by how nice Philadelphia was and compared it to Melbourne in Australia.

“It was nice, I didn’t really expect that. Driving in I was kind of shocked,” he said.

Listen to the entire interview here.