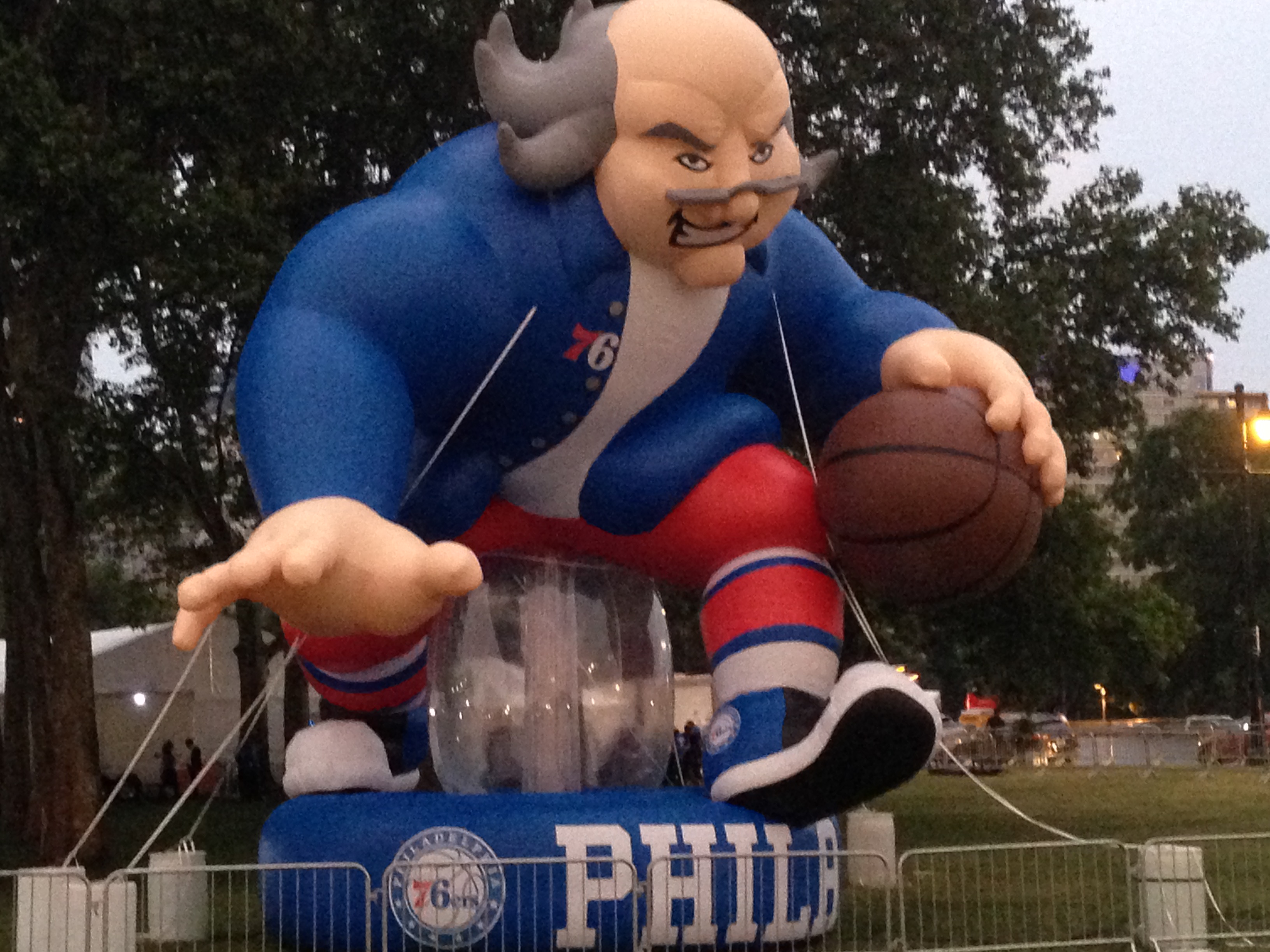 A euphoric roar that resonated at the Sixers Draft Party Thursday could be heard from Philadelphia to Australia after Ben Simmons was selected with the No. 1 overall pick.

The rain-soaked setup at the Eakins Oval in Philly didn’t put a damper on the proceedings whatsoever.

Well, except for my Facebook Live videos. I had no connection down there. I really wish I could’ve gotten that crowd reaction for you guys.

Here are some pictures, courtesy of Lara Toscani Weems (@LTWPhilly), director of corporate communications for the Sixers: 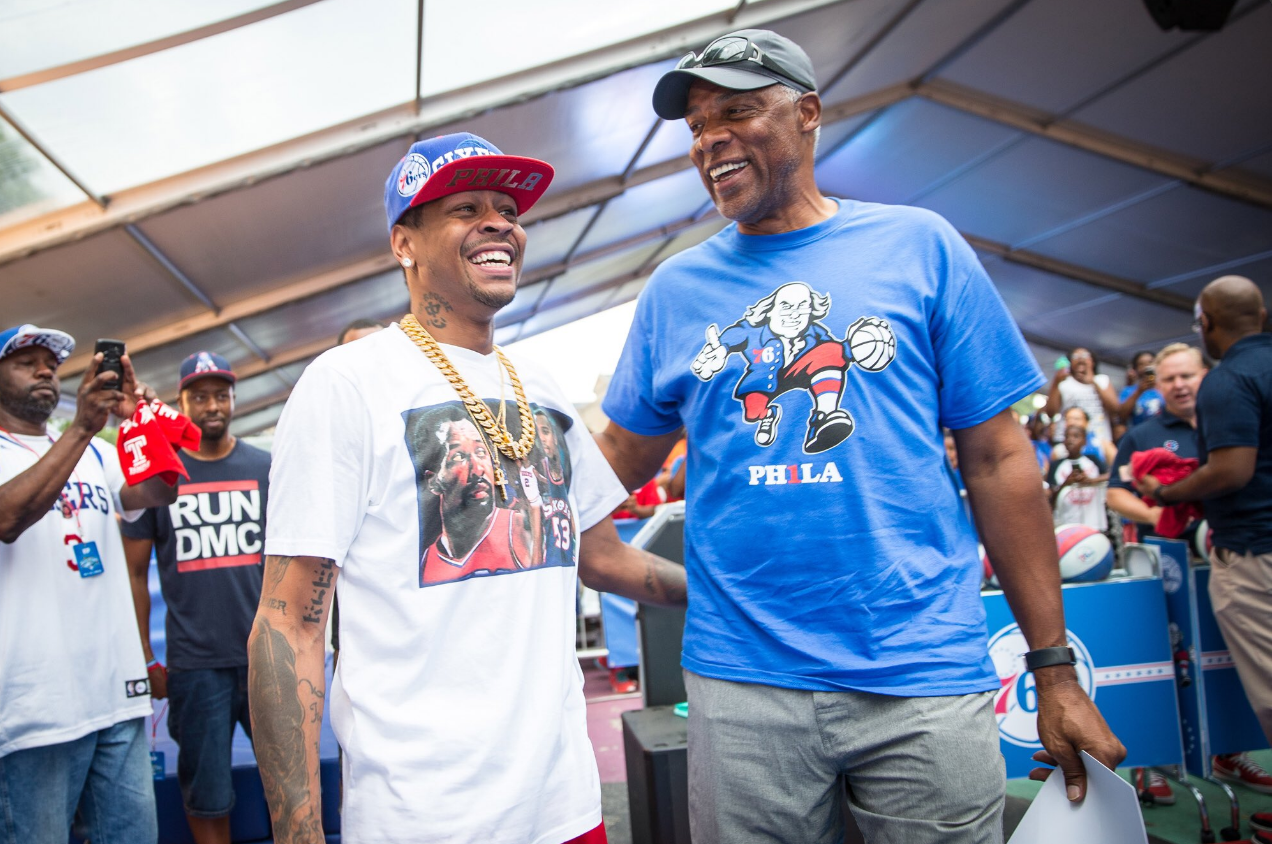 76ers legends Allen Iverson and Julius Erving were in attendance to judge the amateur dunk contest that took play just prior to the start of the NBA Draft. Iverson signed some autographs beforehand as well. 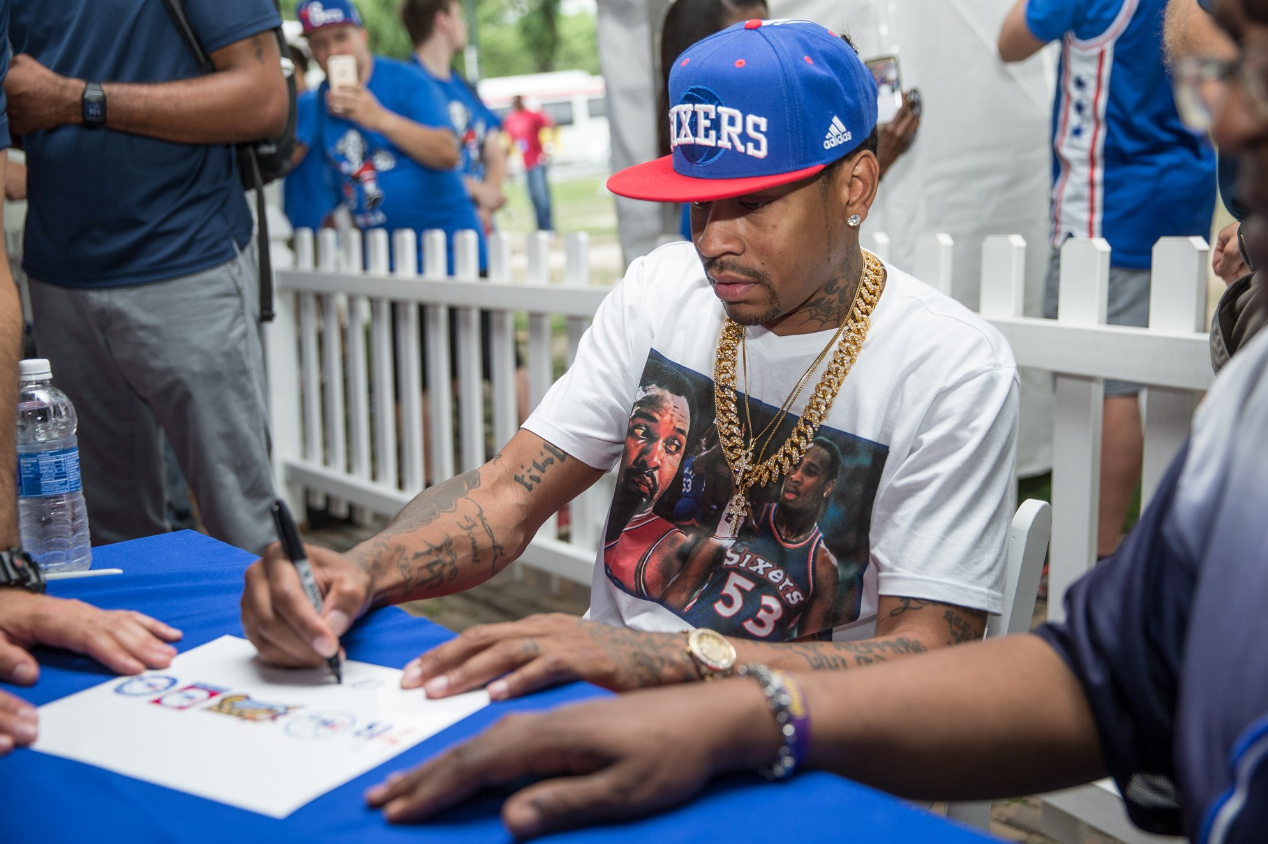 Here was the court used for the dunk contest. 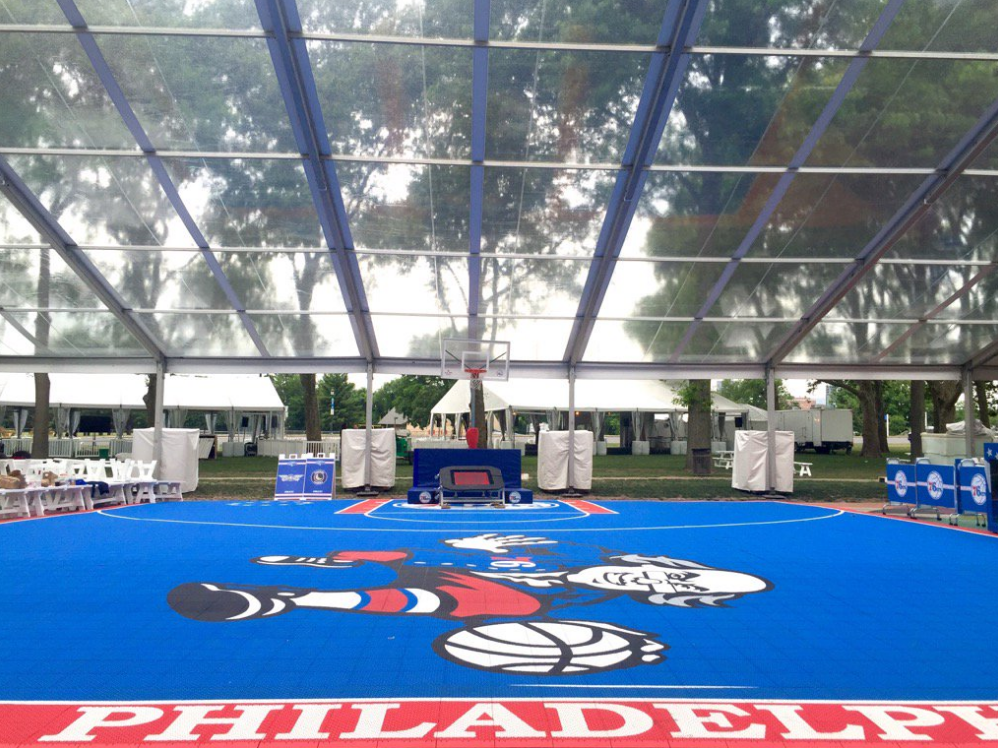 And of course there was the raucous crowd. 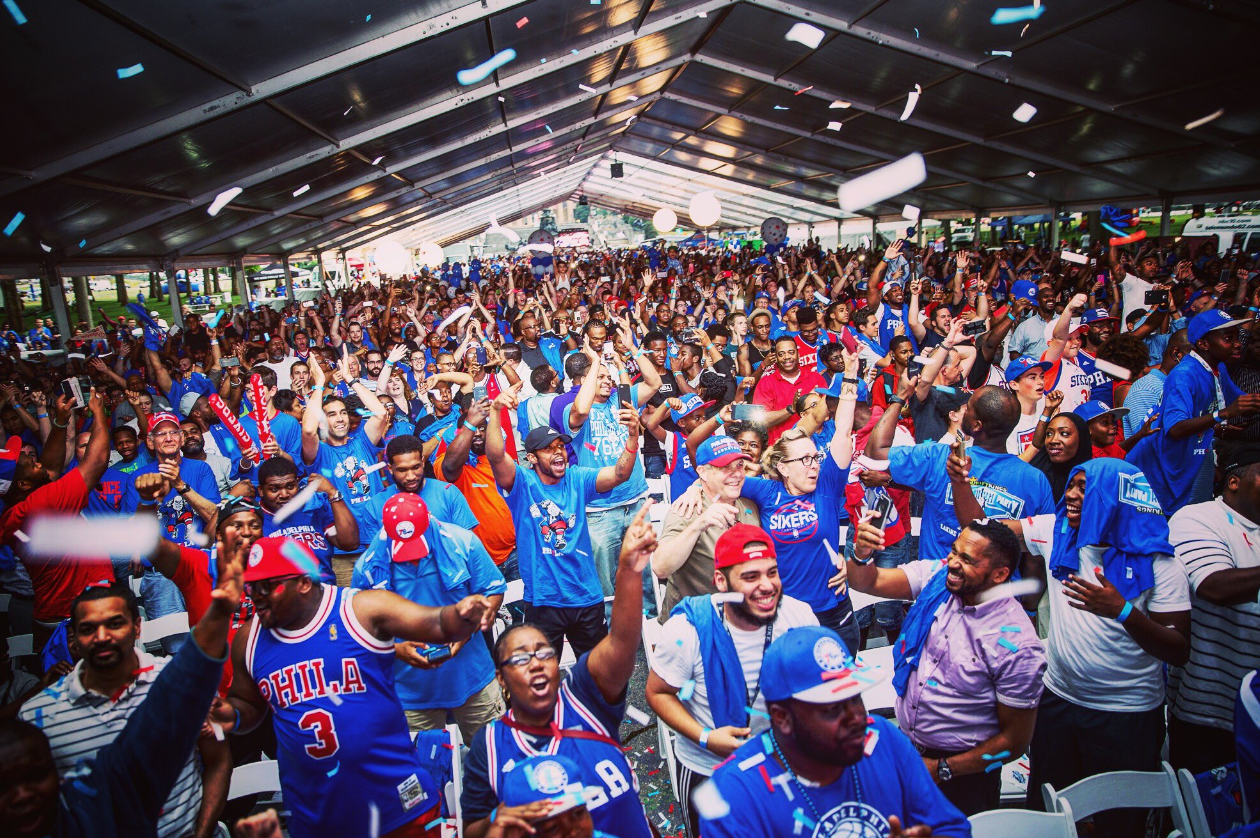 Simmons, who became Philadelphia’s first player taken with the top pick since Iverson in 1996, averaged 19.2 points, 11.8 rebounds and 4.8 assists per game during his lone season at LSU last year. The point forward is graceful in the open floor and  a perfect fit for the “pace and space” style that the Sixers want to play. His fantastic rebounding ability will help tremendously because he can clear the defensive glass and immediately push the ball to the other end. That’ll save the Sixers a few seconds in transition because Simmons won’t need to find the point guard. Simmons is also solid in the post and while not an elite defender, he certainly holds his own.

In typical Philly fashion, Brandon Ingram was booed every time he was shown on the big screen inside the tent. He went second to the Los Angeles Lakers. The Boston Celtics made the first surprising pick of the draft, selecting California’s Jaylen Brown. That also quelled the trade rumors involving Boston and Philadelphia involving Kris Dunn, who the Sixers were reportedly infatuated with.

Dunn eventually went fifth to the Minnesota Timberwolves and many inside the draft party immediately checked their respective Twitters to see if there’d be a deal being made between them and the Sixers. According to ESPN’s Marc Stein, Philadelphia offered Nerlens Noel, Robert Covington and the 24th and 26th picks to Boston. That same deal was proposed to Minnesota.

That wasn’t a very popular rumor to those in attendance, but I would’ve done the deal, mostly because Jahlil Okafor wasn’t involved. While there is some concern about Dunn and Simmons playing together considering they both need the ball in their hands, that formula has worked just fine for Kevin Durant and Russell Westbrook in Oklahoma City. Dunn is also an excellent defender along the perimeter, which is a valuable trait in the modern NBA, especially when going up against the Golden State Warriors. Do you remember how outstanding of a job the Cleveland Cavaliers did guarding the arc? Dunn is also adept at playing the passing lanes and swooping in for steals.

There’s still a possibility that Dunn could get dealt, but the Wolves want the Chicago Bulls’ Jimmy Butler. Chicago, obviously, is looking for a point guard to replace Derrick Rose, but according to David Aldridge, that deal has “no chance” of happening.

FWIW, told strongly in the last 2 minutes there is “no chance” of a Bulls-Wolves trade involving Jimmy Butler. Stay by your devices, tho.

Maybe that leaves the door open for Philadelphia to strike a deal if that’s the case. We’ll see.

The Sixers took France’s Timothe Luwawu and Turkey’s Furkan Korkmaz with the 24th and 26th picks, respectively. Philly got great value here considering both prospects were projected to be taken in the teens in many mock drafts.

Luwawu is a fantastic athlete with a huge wingspan and who’s at his best in transition. That athleticism and wingspan might translate and help Luwawu become a very good defender. The draft-and-stash pick Korkmaz is expected to stay in Turkey.