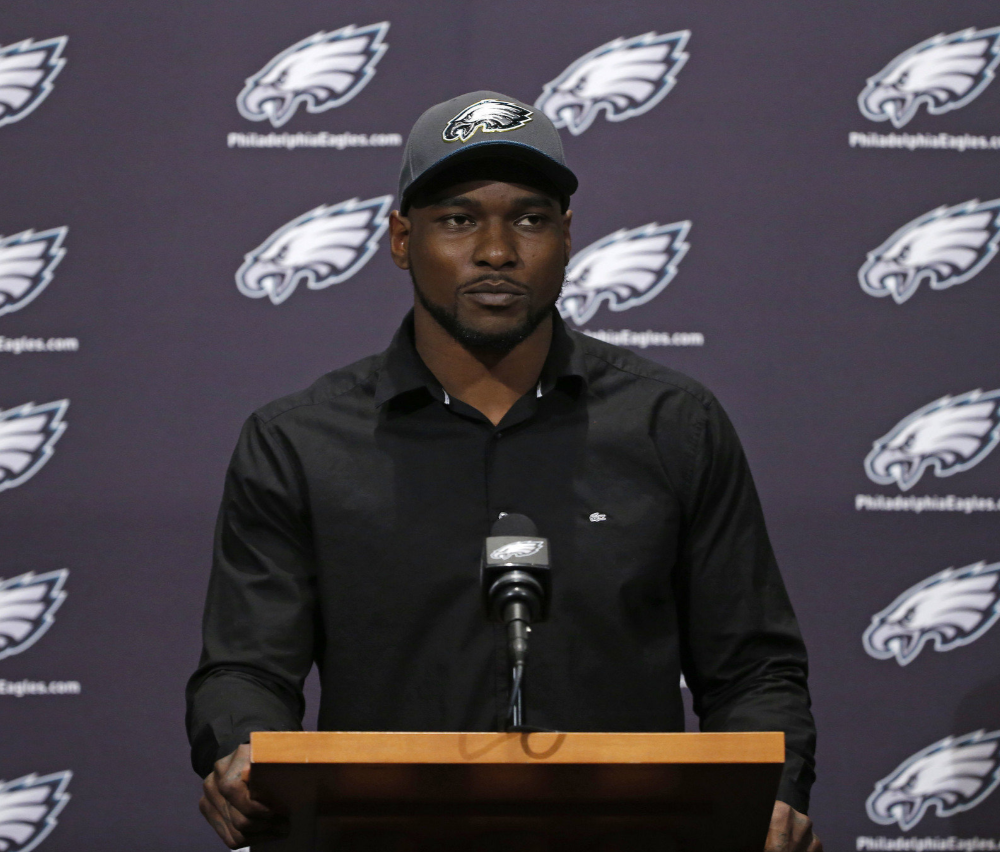 Nigel Bradham was arrested in Florida after an alleged incident in Miami Beach over an umbrella. According to a report from NBC in Miami, Bradham allegedly assaulted an employee of the Hilton Bentley hotel last Thursday, and turned himself into police on Monday.

Bradham spoke on the incident for the first time Thursday:

Some reports said Wednesday that the worker allegedly assaulted Bradham’s girlfriend and he simply defended her.

Source close to Bradham says he struck umbrella attendant amid dispute in which Bradham's girlfriend was punched, as people shoved/argued.

Jean Courtois, attendant pressing charges, says “I am the victim” in response to question RE alleged striking of Nigel Bradham’s girlfriend.

Word I get on #eagles Nigel Bradham alleged assault on hotel worker in Miami. Worker struck Bradham girl and he defended her. @FOX29philly

More on #eagles Nigel Bradham. Mom of Bradham's girlfriend is a detective and confirms his story on alleged assault. @FOX29philly

Eagles head coach Doug Pederson didn’t comment much on the matter during Wednesday’s press conference, simply stating that he spoke to Bradham about the incident on Tuesday night.

“I did have a great conversation with him last night, laid out my expectations for him,” he said. “Again those are private conversations, I’m not going to get into a bunch of detail on that. He’s obviously humbled by it and he understands the situation and magnitude. Until we get further information by authorities, I can’t speculate any further.”

I am the victim,” Courtois said.

Courtois, 50, denied a report that he sparked the incident by hitting Bradham’s girlfriend.

Bradham, who was arrested on suspicion of assault, has a court appearance scheduled for Aug. 2. Coincidentally, that’s the Eagles’ first day off from training camp.

According to Courtois, who said he is receiving medical attention for injuries sustained in the incident, Bradham became impatient and struck him when Bradham was unhappy with the service.

“So I set up six chairs. Next, I had to (set up) the umbrella. To set up the umbrella, I had to use a drill. My manager was my witness. I told my manager to go get the drill. I needed it to fix the umbrella. When I went to go fix it, (Nigel Bradham) hit me.”

Courtois added: “If he has an issue with an employee, he should call the manager.”