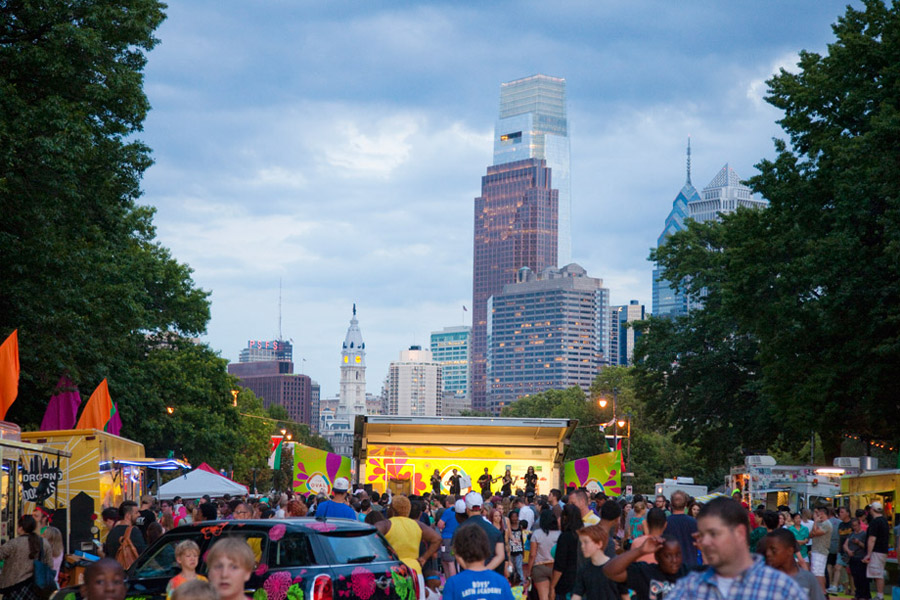 It’s the official last day of the Democratic National Convention. Before the bustling streets of Philadelphia are calmed by the departure of delegates, journalist, and activists, there’s still time to partake in the joys of this historic event. Here are the open events for Thursday, July 28th.

It’s your chance to get a free glimpse at open discussions and policy makers at this national scale. The Pennsylvania Convention Center (1101 Arch St) hosts several legislation forums and exchanges on prominent issues facing the current Democratic Party.

Whether you want to stop by before leaving the great city of Philadelphia, or are a resident looking for something to do with a free Thursday  afternoon, Eakin’s Oval (2601 Ben Franklin Parkway) is a can’t miss excursion. Eakin’s Oval offers inflatable art installations and structures, plenty of food and drink options (including a row of revolutionary themed beers), and a colorful view the Ben Franklin Parkway. Today’s food truck lineup is: Sum Pig, The Tot Cart, The Daily Press’d, The Philadelphia Pretzel Factory, and The Chilly Banana.

Events For today include:

For the entire week, several politicians, activists, artists and more have joined together at this LBGT forum to express the concerns and the realities of the community. Today is the last day of these engaging events at the Democratic National Convention. 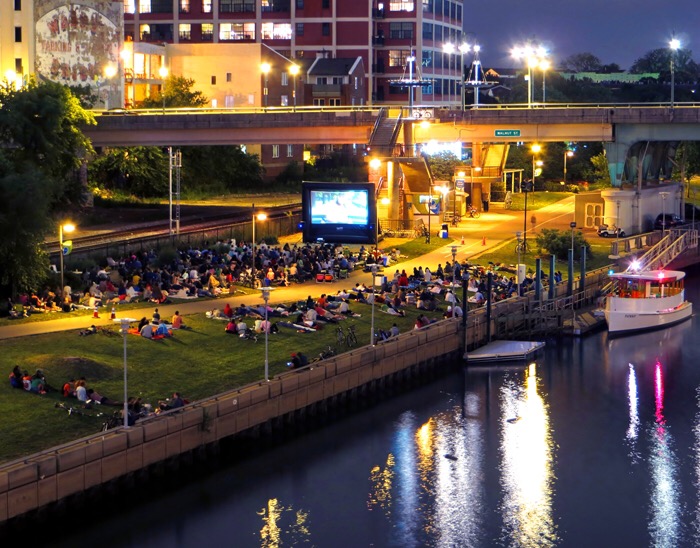 Presented by CXS, this picnic friendly movie screening series is a great way to watch classic films and new favorites. Located at Schuylkill Banks by the Walnut Street Bridge, this free event is viewer’s choice and begins usually at dusk. Today Big Hero 6 will air between the hours of 8:20PM-10:20M. The screening will have food, raffle prizes  for free movie passes, and beverages.

The final day of the Democratic National Convention can be viewed on the massive jumbotron at The Piazza at Schmidt’s Commons (1001 N. 2nd St). The festivities kick-off at 7:30PM. There will be several food  and drink options in the vicinity thanks to adjacent eateries Crabby’s Café, Grunners Run and Wahlburgers Food Truck, and Bar Ferdinand. Come sample the various dishes, take in the sights and sounds of the convention’s last night, and try the drink specials, craftily named after politicians.

Parks on Tap at Clark Park

This week Parks on Tap is positioned at Clark Park (4398 Chester Ave) from Wednesday through Sunday. The traveling beer garden is always highlighted by great food vendors and a picturesque setting. Today’s hours are 5-10PM.

Wherefore art thou #parksontap this week? We open at Clark Park today at 5PM and starting at 7PM West Philly's famous Shakespeare in the Park is performing all week long for FREE! Enjoy a beer with some of Philadelphia's finest actors 🎭🎬

Neighboring Parks on Tap, today is the second day of the production of Shakespeare’s comedy Two Gentlemen of Verona. The play has disguises, tests loyalties, and puts a comedic twist on the strains of true friendship. It’s free to enter and begins at 7PM. Come see the terrific work of local actors, musicians, and dancers.