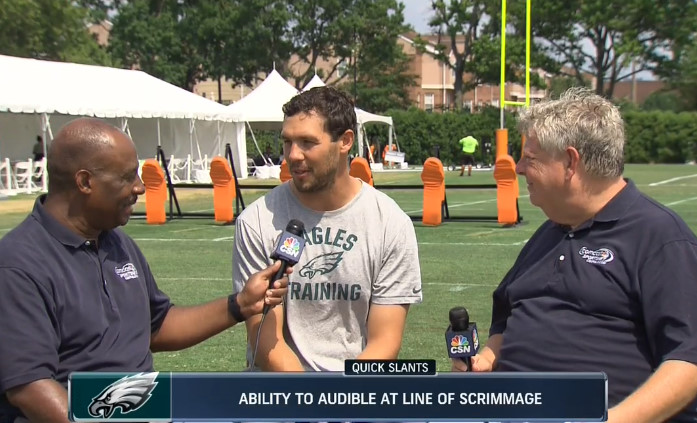 Sam Bradford’s best quality as a quarterback might be his intelligence, which will help in his ability to audible this year, something that Chip Kelly didn’t allow him to do last season.

Except Bradford doesn’t want to audible a lot. He explained why on Tuesday’s edition of Quick Slants on CSN.

Bradford didn’t audible last year due to Kelly’s insistence on running plays as fast as possible. Audibling prohibits that because it obviously takes time to change the play at the line of scrimmage. Like Bradford explained, however, the Eagles were behind the sticks a lot last year and audibling might’ve prevented a lot of those negative plays, which also could’ve limited the three-and-outs.