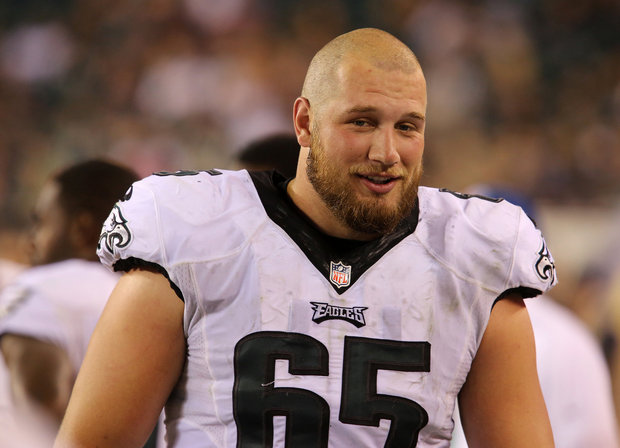 Even though WWE Hall of Famer Jim Ross joined The Straight Shooters wrestling podcast to preview WWE’s SummerSlam pay-per-view on Sunday night, we talked a little bit about football. If you’ve been living under a rock for the last couple decades, Ross is a well-known fan of the Oklahoma Sooners and keeps tabs on OU alumni in the NFL.

Fortunately for us, Sam Bradford and Lane Johnson happen to be former Sooners and current Philadelphia Eagles. On the podcast, Ross gave his opinions on both [you can read his thoughts on Bradford here], and didn’t mince any words when talking about Johnson’s looming suspension, his second of his career and reportedly to cost him 10 games this season.

“But, I don’t know what happened. I don’t know if it was stupidity. I can’t believe after two years ago he’d have the same issue. He’s not a dumbass. His father-in-law is a former NFL guy for the Steelers [John Goodman]. He was good at OU. He had no issues, no trouble. I don’t know what’s going on quite frankly.”

Later on in the podcast, we re-visited the topic of football and Johnson. Ross doesn’t know why Johnson would need any help taking supplements because he’s a monster to begin with.

“One more thing on Lane. Lane Johnson is a big monster. He’s [been] a quarterback most of his life. He’s got great feet. I don’t understand. I can’t believe that he would defy the rules intentionally after being popped before. It just doesn’t add up to me. There’s something else going on. So I’m anxious to see how that all plays out.

“I think the first time he got popped he was taking Adderall. I can tell you this … He’s from out here in Oklahoma. He can’t even spell Adderall. I don’t know – somebody sent him to figure out what Adderall is for attention deficit disorder. All it is is legal speed. He don’t need an unfair advantage. He’s faster (audio cuts out). The only other offensive left tackle that compares to him potentially is the big monster that the Redskins have named Trent Williams. Also an Oklahoma Sooner. He is a beast. He may be Sasquatch, I’m not sure. But he’s a wonderful guy. That’s the kind of guy Lane is. That’s what you have in Lane. Something’s wrong or awry there that I just don’t understand. Nonetheless, I hope it gets straightened out and protect Sam and you guys will win a bunch of football games.”

He’s not a dumbass. But he can’t spell Adderall. Hmmm. Though, to be fair, I’m not sure any of us can without making sure we look it up to confirm it. Ross even gets a DeMarco Murray shot in. All in love, I’m sure. Jim Ross loves you, Philadelphia.

You can listen to the entire podcast, including an in-depth SummerSlam and NXT TakeOver: Brooklyn II preview, right here.