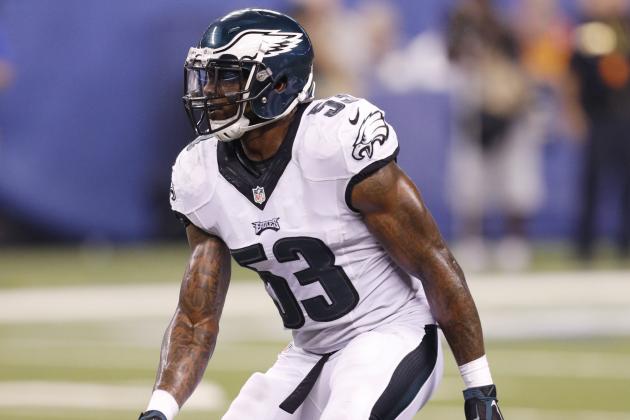 Why he did it? Philadelphia Eagles head coach Doug Pederson doesn’t know.

Nigel Bradham, however, will not be disciplined and will play Sunday against the Detroit Lions, according to his head coach. The linebacker was arrested in Miami last week when a loaded gun was found in his backpack as he attempted to get through airport security.

“I don’t know why anybody would do that. Listen, I have rifles, I like to hunt, do that, same thing. Just have to be smart. But it is a little surprising that he carried it on.”

Bradham received a second degree misdemeanor concealed weapons charge and was released on a $300 bond. It’s the second time in 10 weeks that Bradham has had a run-in with the law. He was charged with assaulting a hotel worker in late July.

“It’s obviously a concern. Both of these were incidences that were away from here, and they’re out of your control that way. This is where guys need to just be smart about it. It’s their livelihood, it’s their families. In everything we do. It’s no different if I’m away from this building, and the things that I do when you’re not the head football coach and you’re with your family. You’ve just got to make those smart choices.”

Bradham has 10 tackles and an interception for the Eagles so far this season.