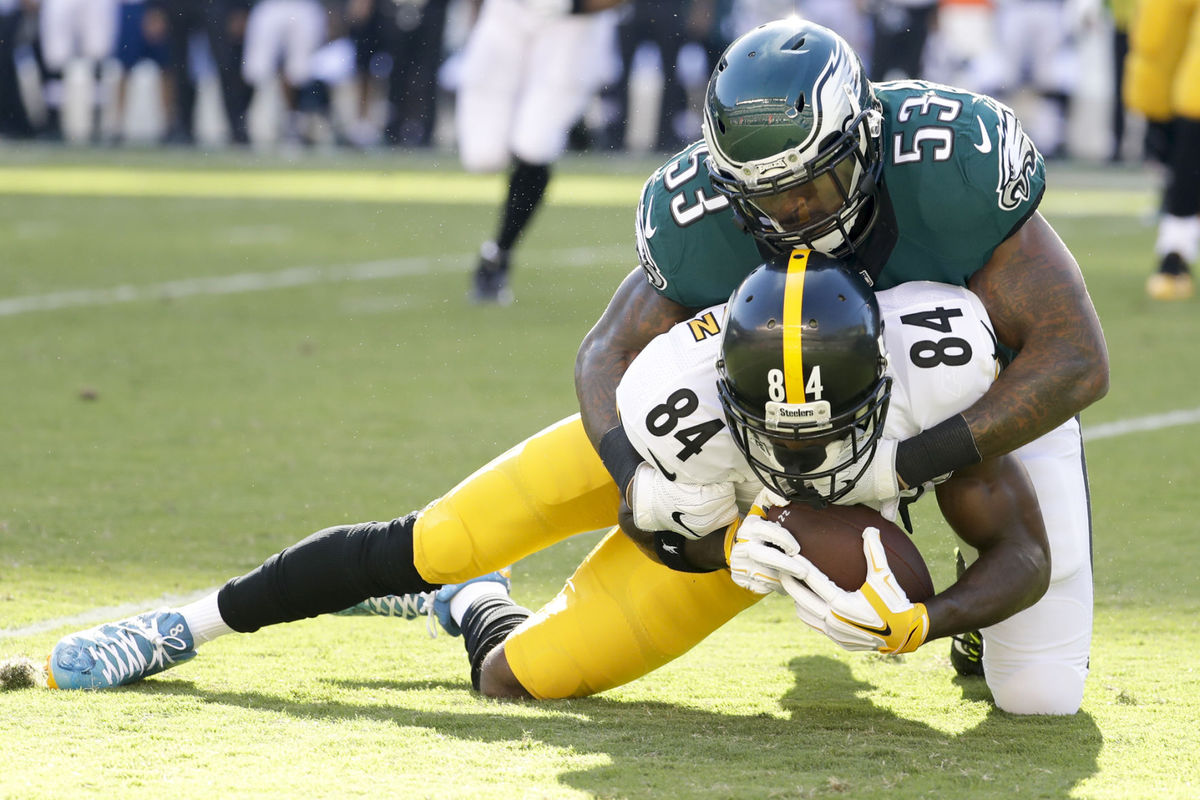 Philadelphia Eagles linebacker Nigel Bradham was formally charged with felony battery Tuesday for his July arrest after allegedly punching a hotel worker in July, according to a report by TMZ.

Bradham, of course, was also arrested in Miami last week when a loaded gun was found in his backpack as he attempted to get through airport security. Head coach Doug Pederson commented on that situation earlier on Tuesday during his press conference.

Bradham allegedly assaulted an employee of the Hilton Bentley hotel following a fight over an umbrella as the worker was trying to set it up for him. The charge is for aggravated battery causing bodily harm, which is a second degree felony. Bradham has pled not guilty with the trial set for January. He faces up to 15 years in prison if convicted.