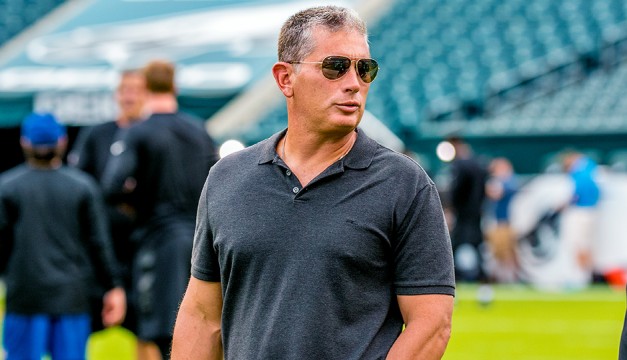 “If you do dumbass things, pretty soon you’re going to be labeled a dumbass,” Schwartz said during a press conference Thursday.

The linebacker was arrested in Miami last week when a loaded gun was found in his backpack as he attempted to get through airport security. Bradham received a second degree misdemeanor concealed weapons charge and was released on a $300 bond.

“The worst thing I’ve ever forgotten at the airport I think has been a razor or a belt or something like that,” Schwartz said. “I’m the guy in line that in a person five people ahead has a bottle of water in their luggage, I’m throwing my hands up like ‘Seriously? Do you ever travel? Do you not know that you can’t take water in?’ This takes it to a different level.”

Bradham was also charged with assaulting a hotel worker in late July. Bradham allegedly assaulted an employee of the Hilton Bentley hotel following a fight over an umbrella as the worker was trying to set it up for him. The charge is for aggravated battery causing bodily harm, which is a second degree felony. Bradham has pled not guilty with the trial set for January. He faces up to 15 years in prison if convicted.

Bradham has 10 tackles and an interception for the Eagles so far this season.