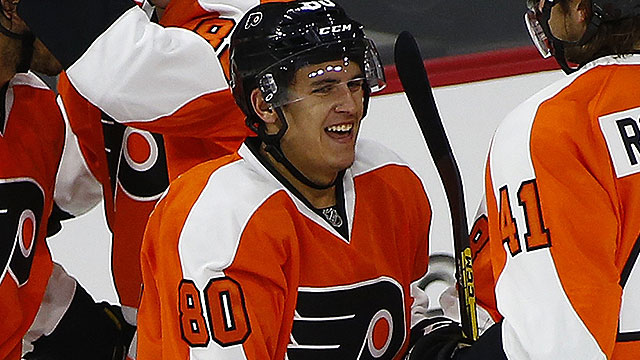 We thought we saw Travis Konecny’s first NHL goal tonight in Montreal. As it stands right now, the Flyers and Canadiens are tied at 1-1 in the second intermission. Jake Voracek tied the game with this redirection, which was originally credited to Konecny.

So, we video’ed it anyway, just in case. The official scorer changed the original goal from Konecny’s to Voracek’s. But it was still cool, nonetheless.