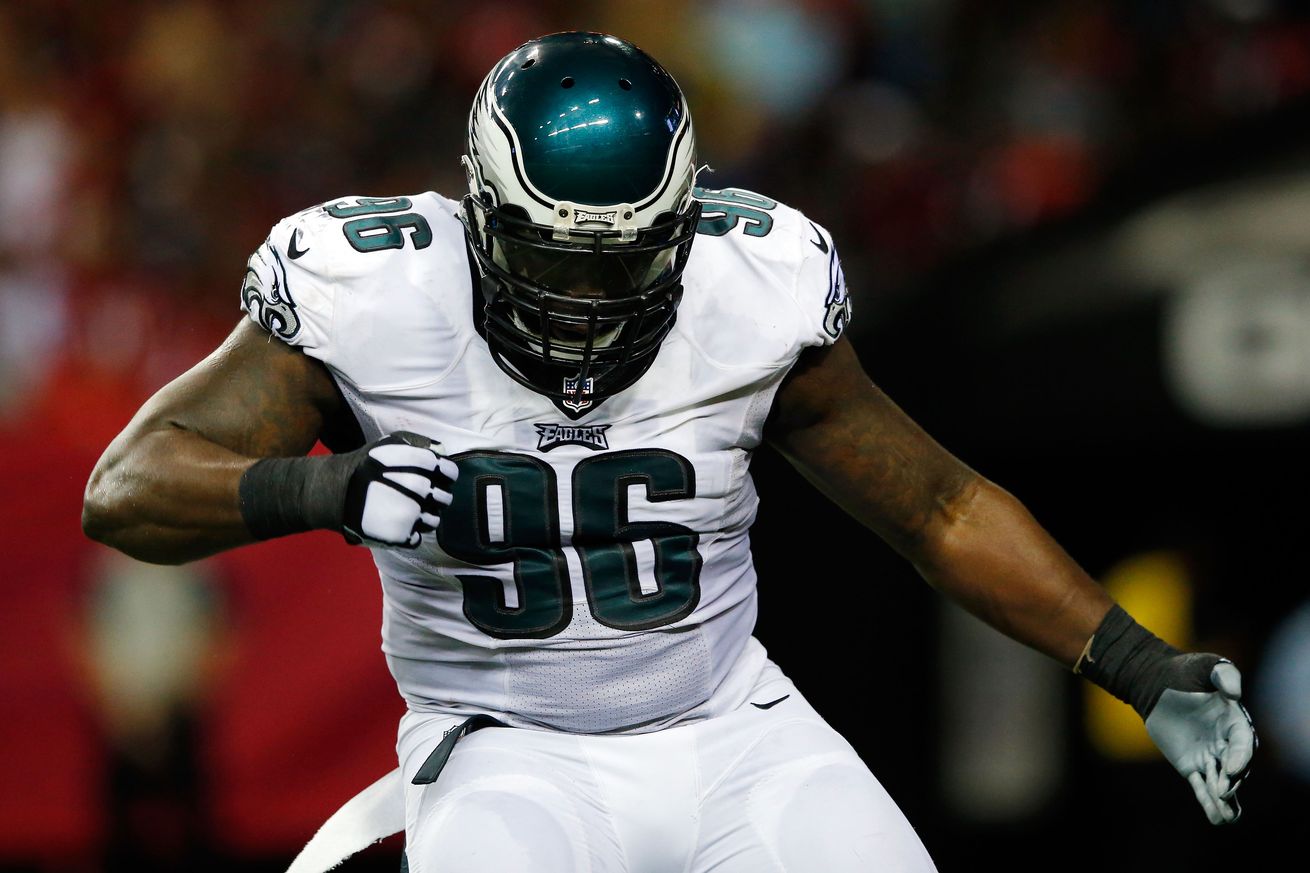 On his birthday, the now 27-year-old Bennie Logan finally talked about his impending free agency and what he’d like to do on his appearance on WIP’s In The Trenches Wednesday night.

Speaking with Glen Macnow and John Barchard, Logan was asked if he’d take a discount to stay in Philadelphia as he’s set to become a free agent in March. He responded:

“To some point money and everything is good, but you put money aside for happiness and what not. It’s all about where you happy and where you fit in and here is where I’m happy in, it’s where I fit in, and it’s where I want to be.”

So, will Logan put aside money for happiness to remain an Eagle? Or can he not wait to fly the coop and sign with another team?

“I don’t see myself going anywhere,” Logan said. “Of course, I never had any idea of coming into the league and bouncing from team to team or what not like that. I’ve been here four years and that’s what I’m looking forward to, just staying here as long as my career allows me to. So I really don’t think about playing for another team.

“Whatever goes on with situation, with free-agency and things, I just want to be looked at as a guy that never quit and gave it his all,” Logan continued. “Because every time I’m on the field that’s what you get for me. It’s nothing less. I have fun when I’m not there, I laugh at jokes, but when it’s time to go and get to work I’m down and ready to go.”

Ah, Logan knows all the right things to say, doesn’t he? It’s kind of refreshing … because I feel like this whole thing with DeSean Jackson is completely the opposite.

So, do you think the Eagles should do everything they can to re-sign Logan? In 2016, he’s had 2.5 sacks with two forced fumbles and one fumble recovery. Under Jim Schwartz’s defense, both Logan and the $102 million man, Fletcher Cox, were expected to cause havoc to opposing team’s lines and quarterbacks. That hasn’t exactly happened on a consistent basis this season. Will Howie Roseman do everything he can to sign his own player? He went on a spree last offseason signing Vinny Curry, Mychal Kendricks, Lane Johnson, Zach Ertz, Brent Celek and the aforementioned Cox just to name a few … so is it out of the realm of possibility he does whatever he can to re-sign Logan?

You can listen to the interview below.