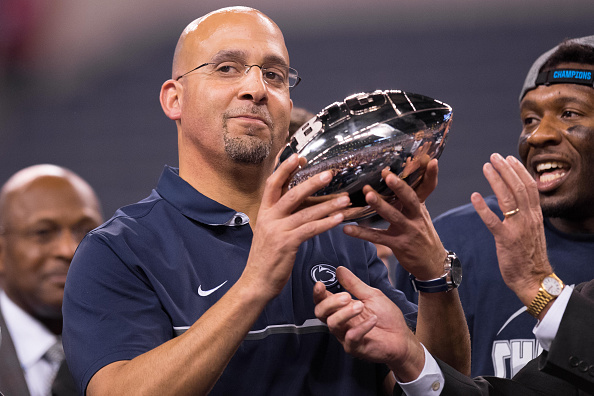 The Penn State Nittany Lions head football coach James Franklin has to be pretty happy with his life, despite being left out of the College Football Playoff this year. Coaching football is his passion and he never wavered from it, even though he could have made a good amount of money in an easier fashion.

According to this Morning Call story, Franklin was approached back in 1998 by two of his fraternity brothers from his time at East Stroudsburg University with an opportunity to partner with them in their pretzel business as they just opened their first store in Philadelphia. Franklin turned it down.

Today, that pretzel business is known as the Philly Pretzel Factory and is expected to make 175 million pretzels this year in their 200-plus stores, according to the story.

Here is an excerpt from the piece about that call:

When DiZio called Franklin in 1998, he knew the young coach was grinding. Franklin was four years in, on his fifth stop, and combining his football duties with his pursuit of a master’s in educational leadership. Still, Franklin thanked DiZio for the offer but said, “I’m going to stick it out.”

“They’re like, ‘You’re crazy,'” Franklin remembered. “All of the hours you work, if you did this in any other industry, you’d be really successful by now.”

The story also dives into how the Neshaminy high school graduate learned from Denny Douds, the head coach at ESU, who Franklin both played and worked for. Additionally, it touches on how Franklin studied psychology in college, but quickly found out that wasn’t for him.

He could be a millionaire with time on his hands because of pretzels. But, instead, he is an overworked, Big Ten champion millionaire. And I’m sure he wouldn’t want it any other way.