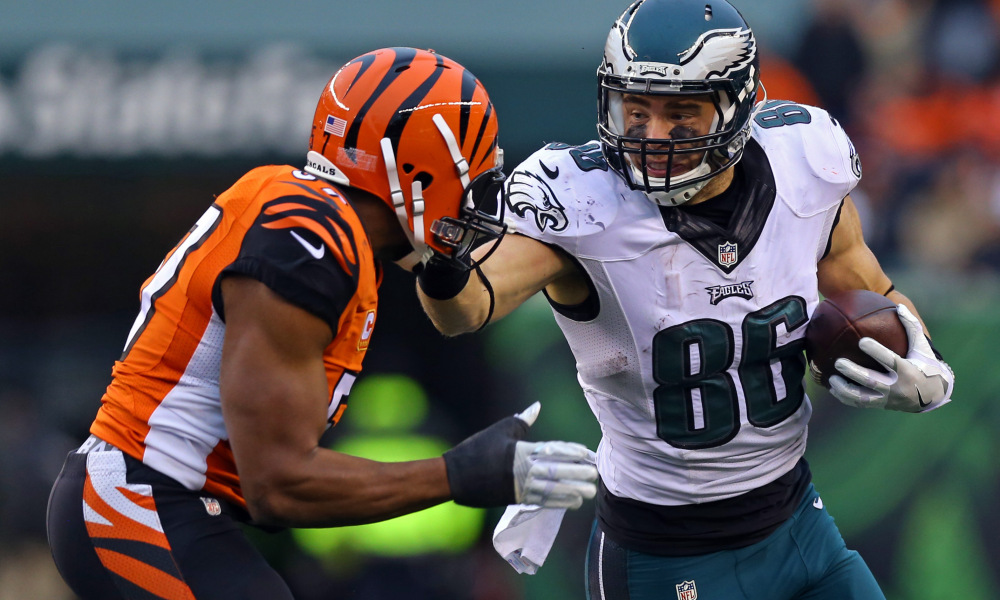 Wentz started scrambling more Monday and moves the chains on a 3rd-and-8 here with his legs. I like it. @AdrianFedkiw pic.twitter.com/NC4z4ylv5d

“That one play has come under a lot of scrutiny, obviously,” Ertz said via The Intelligencer Wednesday. “But if you watch that game for all four quarters, I cramped up during the game and I still went out there and battled each and every play. All I care about is what my teammates and coaches think about me. That’s all I’m focused on.”

Here was Ertz’s response to the non-block Monday via Tim McManus of ESPN.

“I could see that Carson was easily going to make it out of bounds, and thought the play was over by the time I reached Burfict. Carson & I have discussed it and there are no issues. Our full attention is now on beating Washington.”

A block like that against one of the most hated linebackers in the game is something that could’ve set the tone for the entire afternoon, but Ertz shied away from it. The Eagles were blown out instead.