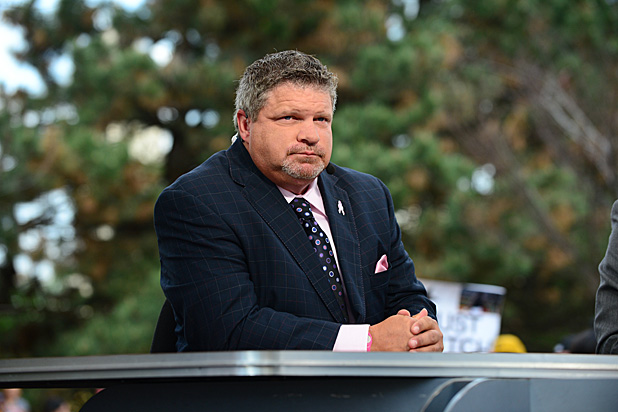 According to reports, first by Jim Salisbury of CSN, former Phillie John Kruk will join the Phillies broadcast booth for the 2017 season. Salisbury’s report was later confirmed by other sources, including Matt Breen of Philly.com.

Kruk became a free agent in the broadcasting world after he and ESPN parted ways in what was reported as an amicable split in October. Kruk was with ESPN for 12 years serving in various roles for ESPN’s baseball related content.

The 55-year old replaces Matt Stairs, who joined the ball club as the hitting coach in October. Kruk joins play-by-play voice Tom McCarthy, fellow color analysts Ben Davis and Mike Schmidt, as well as sideline analyst Gregg Murphy. According to Salisbury’s report, it is unclear how the division of the workload between Davis and Kruk will be as Salisbury pointed out that Stairs and Davis split the schedule nearly 50-50 in 2016. Schmidt usually does home weekend series on occasion to make it a three-man booth.

The three-time all-star is re-joining the Phillies organization, as the franchise owns 25 percent of CSN, after his previous stint as the hitting coach for the then Reading Phillies, back in 2001.

Kruk is a great hire for CSN who has been looking for more stability in the booth since shaking it up a few years ago. Kruk, who has that national exposure, will have a wealth of Philly knowledge, plus expansive intelligence on the rest of the league after spending over a decade at the Worldwide Leader.