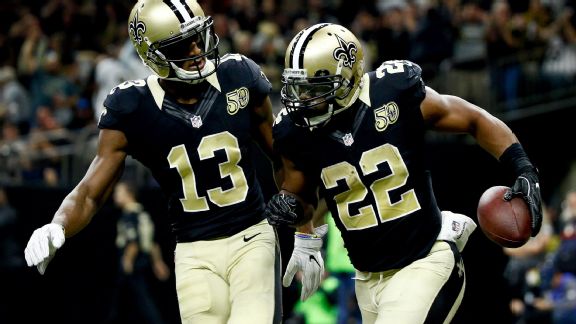 Week 12 has come and gone with another imprint of excitement. The fantasy regular season is winding down and the playoff race is getting ready to take off. If you were lucky enough to be a postseason participant, now is the time to look at your matchups and make sure your roster is ready to roll. This has been a very inconsistent year for many top picks, so be prepared to adjust your analysis accordingly.

Also, this is the time of year where weather could be a huge factor in your preparation. High winds and snowstorms are typical for the month of December. We have now entered the part of the season where the risks should be at a minimum and your weekly starters should be locked in. Let’s take a look at the recap for week 12 below to see how some of the old reliables fared and how some of the “Big Name” guys disappointed again.

Malcolm Mitchell – Could Tom Brady have a new favorite weapon? The fourth-round pick out of Georgia had only seven catches for 95 yards through Week 10. Then something clicked. He suddenly has developed a solid rapport with Tom Terrific and has caught nine passes for 140 yards and three touchdowns over the last two games alone. Put this together with a TD on Revis Island and we have the making of something special.

Davante Adams – Now you see him, now you don’t. Adams has battled injuries and confidence issues over the last year, but now he looks to be finally putting it all together. He has been a savior for Aaron Rodgers in a year where Jordy Nelson is still fighting to get to 100% and Randall Cobb has been irrelevant. A line of 58 catches, 776 yards and eight touchdowns through 11 games are what fantasy owners always expected from him. Now they can finally cash in!

Brandin Cooks – The Saints beat the Los Angeles Rams, 49-21, gained 555 yards and Cooks didn’t log a single catch. Drew Brees, when asked about the lack of targets for Cooks, pointed to him drawing coverage to create openings for other players. This is not what owners who spent a high draft pick on him want to hear. There just may not be enough balls to go around in New Orleans.

Frank Gore – In a game that was already an Indianapolis handicap with Andrew Luck not playing, Gore managed just 28 yards on 15 carries, leaving him at 670 yards on the season. He looks to be on pace to finish under 900 yards for the year. This is not the kind of starting RB you should be looking at in the playoffs.

Do not start Sam Bradford, EVER – Sam Bradford has never been relevant as a fantasy stud and he never will. He continues to throw under and flat to his receivers with no desire to stretch the field. Matt Barkley outscored him last week. Yes, Matt Freaking Barkley!

Jordan Reed is a man playing among boys – Reed is a 6’2, 243 pound stud from Florida. He continues to outperform his opponents from week-to-week and is the most athletic TE this league has seen since Tony Gonzalez. His only downfall is his frequent injury status. He will be an elite TE1 for a long time to come.

Terrell Pryor is going to get PAID – One thing good happened for the city of Cleveland this football year and his name is Terrell Pryor. He continues to show he is a building block for the future. Don’t mess this up Cleveland!

Sam Bradford served up his own piece of Thanksgiving dinner; a hot-roasted game-winning interception … Marvin Lewis looks to have finally lost his place in Cincinnati … John Harbaugh showed the difference between a good coach and a great coach all in one holding play … There may have to be extra security for the next Dez Bryant vs. Josh Norman show as they gave us their best impression of Mobb Deep’s “Shook Ones” … Tom Brady got his 200th win to show his excellence … Aaron Rodgers has discount double checked his way back into elite fantasy status once again … Kirk Cousins has been spitting fire for the ‘Skins … Could Tyreek Hill be for real?