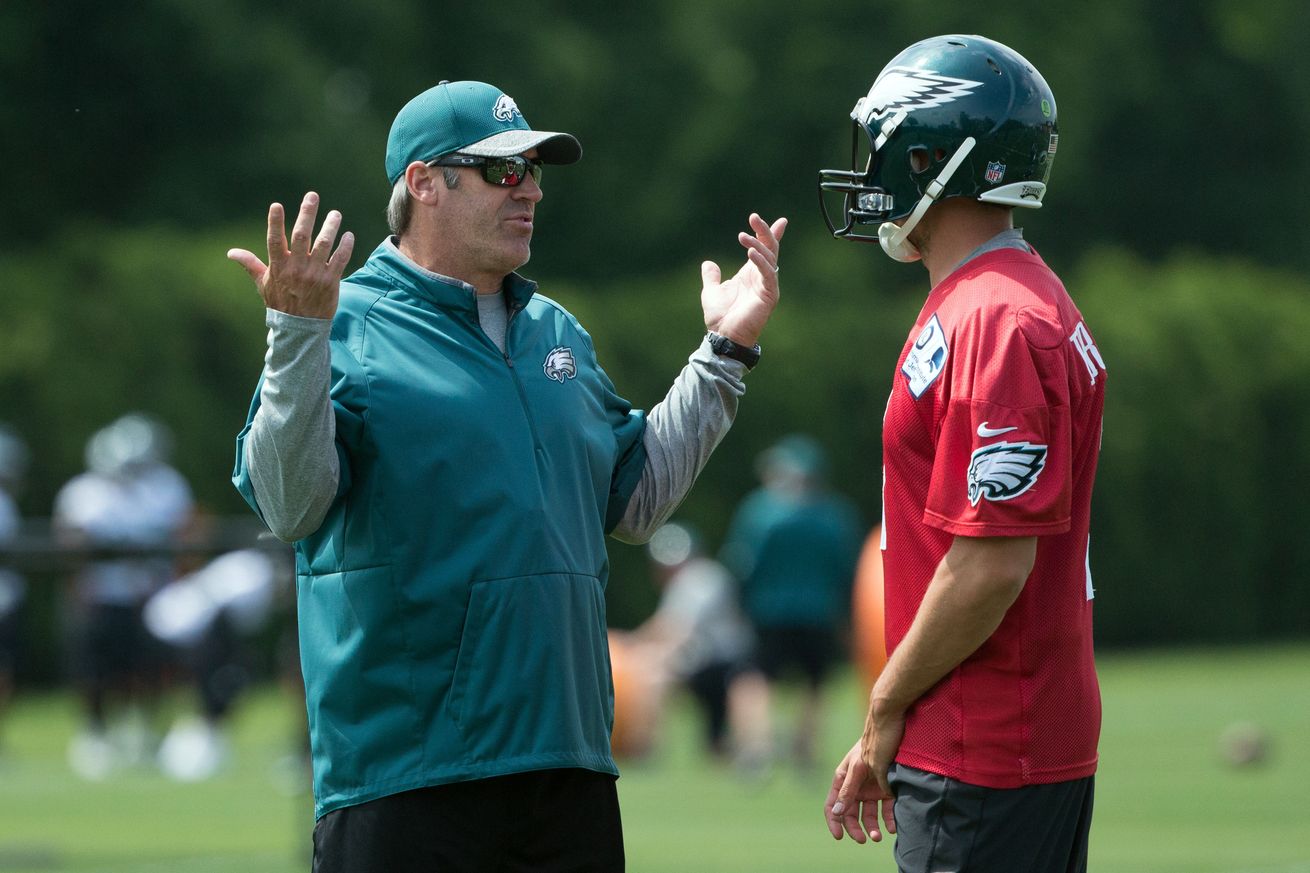 I’m actually going to leave Howie Roseman alone for the most part in this column. If you’ve read my columns, you know I think Roseman is getting the football equivalent of an unlimited hall pass for the Eagles’ lack of playoff success during his tenure.

I’ll also try to avoid criticizing Jeffrey Lurie, even though the Birds’ owner appears to run his team in a way that caters to his comfort level more than what puts the franchise in the right direction.

Where have I heard that before?

That leads to the subject of this piece: Eagles head coach Doug Pederson. The rookie NFL head coach is more of a puzzle than his downward spiraling team.

Initially, I thought it was a bad hire. But then admitted I was wrong on several platforms after the Birds’ 3-0 start, but have gone back to my original assumption, which is his inexperience is getting the better of him and dooming the progression of this franchise.

So, if the Eagles’ effort is as bad as it was in Cincinnati the rest of the season, there should be heavy considerations to make another head coaching change, despite the unusual nature of that move.

This isn’t “Overreaction Thursday.” It actually pains me to write this because Pederson is such a likable fella. Andy Reid’s protégé is more personable than Reid and Chip Kelly combined.

But, as Reid’s first season was winding down in 1999, Donovan McNabb and the Eagles were making progress and showing improvement. The Birds went on a roll during the second half of Kelly’s debut campaign in 2013 to win the division.

This time around, Carson Wentz and company are playing worse and regressing. More importantly, the effort on Sunday in Cincinnati was horrendous and a bad sign for the future.

How in the world could Pederson say the team is headed in the right direction after a brutal loss to Green Bay?

Why on earth would he all of a sudden accept the ball after a winning a coin toss at the Bengals when he deferred all season? You could speculate he’s capable of caving into public pressure, which is somewhat endearing, but in the end very worrisome about his own confidence in himself.

And why would he quickly go from saying his players didn’t quit in Cincinnati to some weren’t giving full effort? I’m a big fan of Howard Eskin, but is Pederson really that easy to break? Why would he then flip-flop and take it easy on Zach Ertz for appearing to bail on a block against the Bengals?

At this point, I don’t think Pederson should be relieved at the end of the season. Right now, he deserves more than one year especially with the below average talent given to him by upper management. Even if the Eagles lose out but show great effort, he should still be kept on board for 2017.

However, if the last quarter of the season is as brutal as the three hour nightmare from this past Sunday in Cincinnati, how can Lurie or Roseman positively spin a 5-11 or 6-10 season after starting 3-0?

No reasonable level of “emotional intelligence” should be able to save Pederson in that case. Someone needs to be held accountable.